We’ve all been there.

It’s never easy, and for what it’s worth, it’s not something you can ever be prepared for. Some find comfort in friends, others find comfort in solitude. Sometimes you can’t talk about it. It’s all too personal, and you feel like you haven’t just lost someone, you’ve lost part of yourself.

Although I can’t say for sure how we gain comfort from sad songs, what I can tell you from personal experience is that they simply help me to put feelings into words. Although they’re not my words, they’re still something that I can relate to and act as an extension of my emotions. If this isn’t a testament of good song writing, I don’t know what is.

The following three songs are paired with their respective stages of getting over a love loss. These songs have always helped me work past my relationship problems, and have allowed me to act as a functional human being without all of the indignity of screaming at your friends in a drunken frenzy. 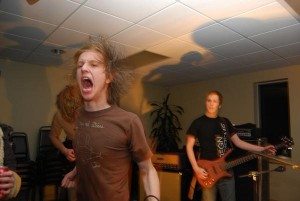 La Dispute is known for their emotional and powerful vocals, so much to the point, that many don’t even consider it any form of singing, rather speaking poetically with an extreme emotive conviction.

I felt my anger swelling; I swam into its sea.

I held your name inside my heart, but it got buried in my fear.”

If these verses do not instantly wreak of emotion and sincerity to you, then you need to open your eyes. These are not the lyrics of some teenager that is full of angst, or some melodramatic princess. These are the words of someone who hasn’t just lost someone, but lost the idea of themselves that has made the fabric of his whole perception of their being. Maybe that’s the hardest part of moving on after you’ve lost someone. Everybody moves on everyday, that’s part of life. Moving on after you’ve lost a part of yourself is part of becoming who you really are. 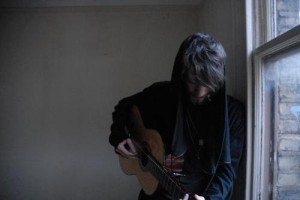 If anyone is in touch with their depression, it’s this sad, lonely, English fellow. The album that this track comes from actually carries a very interesting story. Originally, Keaton Henson never planned on releasing his album. Interestingly enough, he had company over and one of his friends went onto his computer, noticed a mysterious folder on his desktop called “Dear;” copied it onto a thumb drive and since then Henson has steadily cumulated a dedicated, yet, lonely fan base.

“Miss your teeth when they chatter,

when we smoked out in my garden

When we couldn’t sleep for all the heat,

Combined with the soft, yet emotional string work, and the never ending waves of powerful and sad lyrics delivered with a frail voice, Keaton Henson does more than make music. He paints a picture that constantly gives me flashbacks of past loves, warm memories, and having someone there by your side through the dark of night, and the light of day.

The Junebug Waltz by Hurray for the Riff Raff 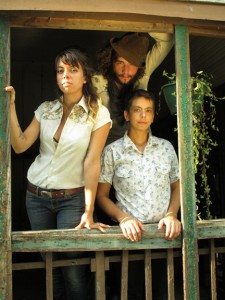 Hurray for the Riff Raff: http://cherrygrrl.com/interview-lgbtq-music-scene-vets-hurray-for-the-riff-raff/

To get to this point, you truly have accepted that things will never be the same. More so that things can only get better from this point. No one would have ever achieved anything of real value because it was easy. With that said, it’s not a good thing that you lost someone you cared about in an emotional way that writers and philosophers have been trying to describe since the dawning of time. What is a good thing is that you’ve changed. Eventually you will find someone else and it will feel like a whole new experience all over again. At the end of the day that’s what life is all about.

Junebug Waltz was the final track chosen for a handful of reasons. Of the many attributes that make this song wonderful, it’s what’s not there that makes it all that much better. It’s not flashy, the lyrics are simplistic, and above all, it’s just sweet. It has a motherly feel to it that creates warmth and happiness and most importantly, takes a soft perspective at what it means to lose someone.

you must have come from the trees

fallin out of them branches

fallin all over me

and oh my little darling

you won’t be mine forever

you weren’t made for me

you were made to be free”

Want me to hear your stuff? Do you know of anything you think I should check out? Email me at features@thebaron.ca

Song lyrics quoted from the included pamphlets from their record sleeves.