If you’re looking for a Halloween costume this year, try and avoid these five overrated and overused costumes. Try and come up with something new and fun to stand out at your Halloween party! Look to movies, television shows and pop culture for inspiration and avoid the following at all costs:

Sexy Disney character
This costume is becoming totally cliché and even a little weird. There is the typical sexy Snow White, Belle, Alice in Wonderland, Cinderella that we see 100 of every Halloween. Now we even have things like sexy Finding Nemo and sexy Big Bird?! There is even a sexy Mrs. Potato Head; I think enough is enough. 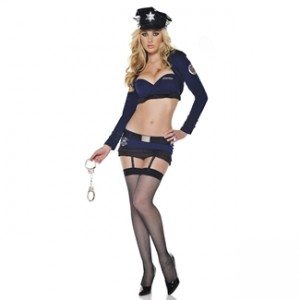 School Girl
The sexy school girl costumes comes in many different styles these days but usually involves some type of pigtails, tartan skirt, cleavage and glasses. Not a very original costume, so if you want to do something like that at least make it different like zombie school girl.

Jack Sparrow
Last Halloween I counted eight Jack Sparrows at the bar; this has become the typical go-to costume for guys it seems. Old famous pirate costumes such as Black Beard or Captain Morgan have been replaced with Johnny Depp wannabe clones. Go with something more original—like the ghost of a fictional pirate for example. 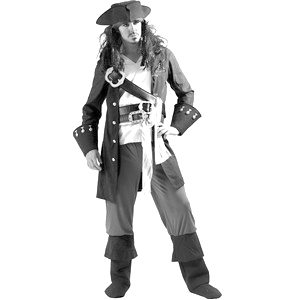