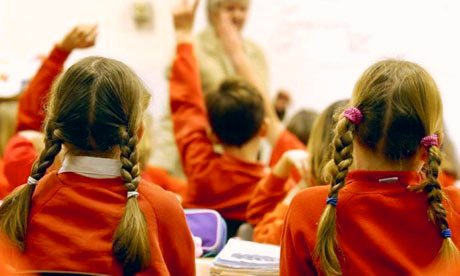 Let us travel to a hypothetical university campus. Here, in this parallel world, the bleak and blinding overcast skies lay above the mall and busy street on the east side. Two first year students board their morning bus for their first official day of classes. They don’t know one another and are about to have vastly different experiences.

First, we have Diligent, a nice boy who has always done what he believes is best; he volunteers at the local soup kitchen and has never strayed from the honour-roll. Diligent sits near the front of the bus, politely making small talk with the driver and the other passengers. Diligent is always friendly.

At the back of the bus, in his headphones, sits Dingus. He believes anyone who hasn’t seen the original un-dubbed Akira in its original Japanese isn’t worth talking to. He isn’t excited today and finds the friendly stranger at the front of the bus unbelievably annoying.

Knowing campus as well as he does, Diligent bids a pleasant farewell to the bus-driver as he confidently strides toward the engineering edifice. He shines an apple on his shirt and enjoys the fresh flavour of yellow delicious. Diligent believes fresh fruit is part of a balanced breakfast.

Meanwhile, Dingus has fallen asleep on the bus. Having skipped the most important meal of the day, his energy levels are low and he has descended into what can only be described as a Comex-coma. The white noise of the engine rumbles, uninterrupted, as Dingus travels further and further away from campus.

Back in the engineering building, Diligent’s confident stride has come to a halt. He knows he’s in the right building but cannot for the life of him figure out where to go. Strangers wiz by, engulfed by their own priorities and stresses. However, this is not daunting for a man of action like Diligent. Eyeing another confident looking student, Diligent makes sure his speech is clear and kind:

“Excuse me, fellow student,” says Diligent, making eye contact with the stranger, “I seem to be lost. If you have the time could you help direct me to my destination?”

The stranger smiles and obliges. After talking for a few minutes, Diligent has made a new friend and finds his way to class. Atta-boy, Diligent!

Back on the Comex, Dingus is launched into the ceiling of the bus as the driver dodges pot-holes in the north end. Panicked, Dingus stands up and bellows “Stop the bus!”

Responding to the urgency in Dingus’ voice, the driver slams the brakes tossing our antagonist down the aisle into a man who (from Dingus’ vantage point) stood 9-feet tall.

Dingus swerves left, fakes right and dekes around the goliath. The doors fly open and Dingus finds himself in a neighborhood he’s never seen before. The Comex engine shifts into gear shooting a plume of dust into Dingus’ eyes. Half-blinded, he’s lost in the north end.

In class, the syllabus is handed out while Diligent takes notes and keeps himself organized. He believes organization is the key to success. The professor mentions the readings which will need to be undertaken for the semester when Diligent notices some of the readings are not on the syllabus.

“It’s a good thing I’m writing this down,” thinks Diligent, “the professor says these readings are going to be important for the final!”

Dashing from Metcalf, to Victoria, to Newman, Dingus is now being chased by a pack of between nine and 11 north end dogs. Out of breath and low on energy, he sees an unhinged cellar door two houses down, when suddenly a particularly energetic corgi has latched onto Dingus’ ankle. After a short struggle, the corgi is kicked clear across the street and Dingus finds himself in a dank, unlit cellar.

The room is silent, though he’s certain he feels something rolling over his feet. Finding his phone, he opens his flashlight app to find himself shin-deep in rats.

“GAHHHHHHHHH!!!” yelps Dingus, running into the street, unleashing rats throughout the north end.

Not far from this commotion, Dingus spies a bus and rushes toward it. Beyond the bus, glaring into Dingus’ eyes stands the corgi. In an unprompted game of chicken, the two dash towards one another. The corgi is fast, but Dingus dekes around the small, angry dog and flops into the bus.

Conveniently, the bus drives back to campus, where Dingus has completely missed his class. Diligent, however, has made fast friends with the professor and meets Dingus at the bus stop. Waiting on their Comex back to the east side, Diligent turns to the dirt covered stranger standing next to him.

“Weren’t you on my bus this morning?” asks Diligent, politely.

“Mind your business,” says Dingus, who reaches for his headphones, presses play and looks down at tattered remains of yet another pair of pants.

Moral: Breakfast is important. Go to class; don’t be a punk.