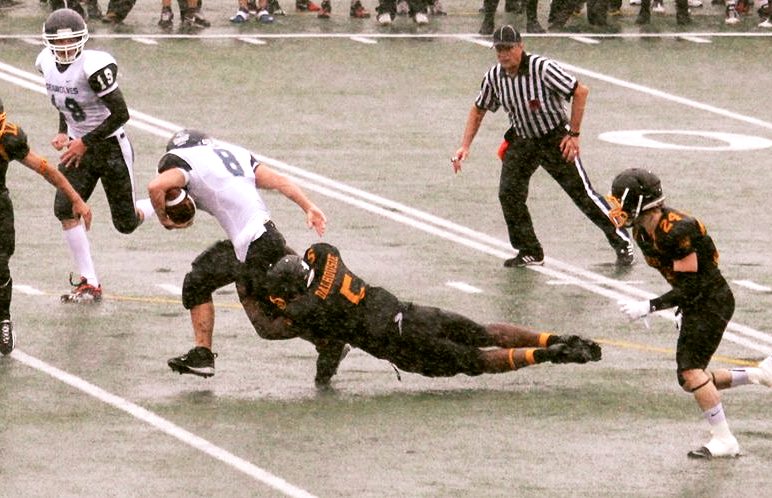 The Dalhousie Tigers were in town on Sunday, Sept. 22 to play the home team UNB Saint John Seawolves, in what would be a close battle of attrition on a rain soaked field.

The weather forecast had predicted 25-30 mm of rain for Saint John and at the time of kickoff, the forecast was proving to be visibly accurate. Neither team seemed deterred by Mother Nature, as both sides took to the field for the first quarter. The quarter proved to be a back and forth affair, as both sides battled both themselves and Mother Nature. However, both sides managed to put nine points up on the board and headed into the second quarter all squared up at 9-9.

However, Mother Nature proved to be the victor in the second quarter. The wind and rain began to pick up and play was delayed. Both sides headed to the dressing room hoping that the rain and wind would die down.

Fortunately, both team’s prayers were answered and the weather receded in time for the third quarter to begin. However, the weather continued to be a factor as both sides fumbled the ball and had trouble moving it down the field. The weather was not all bad though, as Dalhousie took advantage of the wind at their backs to kick a field goal late in the quarter, to take a 12-9 lead into the fourth quarter.

The Tigers, refused to go down quietly and stormed the ball down the field, deep into Seawolves territory. With 21 seconds on the clock, Dalhousie lined up to kick a field goal, which would give them the win. The Seawolves’ defense, in a gut-check moment, came up big when it counted. UNB Saint John blocked the Dalhousie field goal attempt and recovered the ball with four seconds left, sealing their victory. 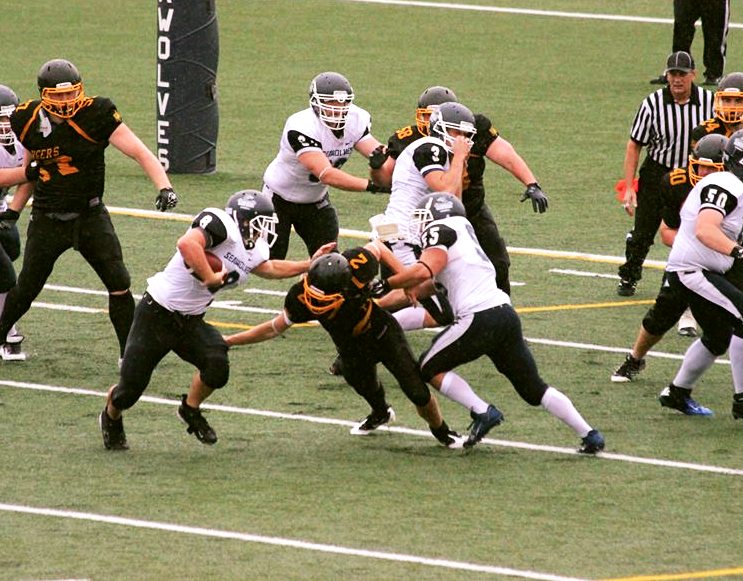