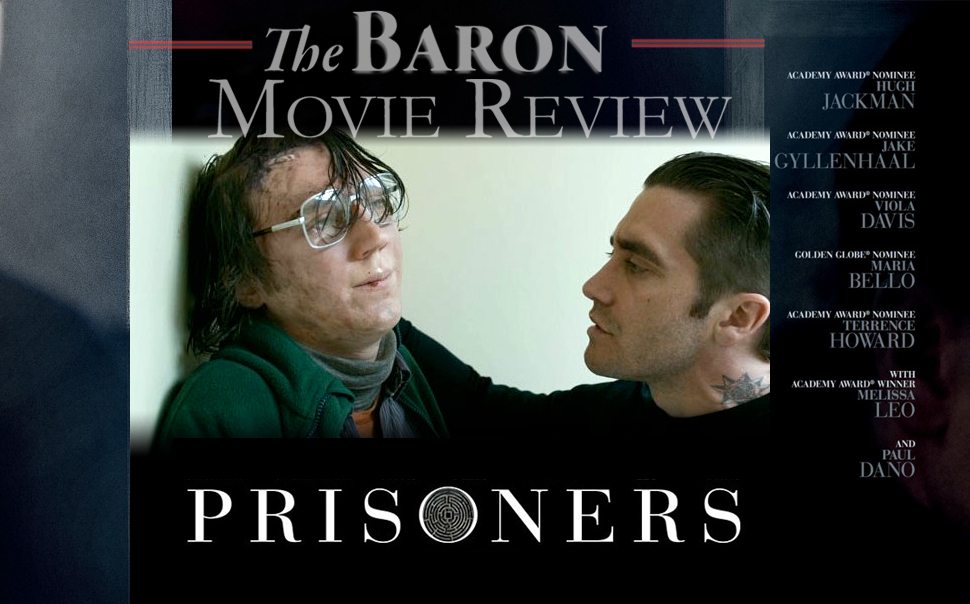 Coming from Canadian director, Denis Villeneuve, Prisoners breaks out as one of the most unexpected crime-dramas of the year, with intense and raw performances from Hugh Jackman and Jake Gyllenhaal.

Prisoners begins with two neighborhood families celebrating thanksgiving together, the Dover’s played by Hugh Jackman and Mario Bello and the Birch’s played by Terrence Howard and Viola Davis. The holiday feast turns into every parent’s worst nightmare when their young six year old daughters Anna and Joy go missing, last seen playing by a mysterious camper parked on their street.

Jake Gyllenhaal plays Detective Loki who is brought in to investigate the case. When the driver of the RV is revealed to be mentally incapacitated Alex (beautifully nuanced performance from Paul Dano) the story takes an even darker turn. Acting chameleon Melissa Leo has an incredible supporting role as Alex’s aunt.

What happens when a father is so desperate to find his daughter that he will do whatever it takes to find her, even if it means compromising his morals and breaking the law? Hugh Jackman gives the performance of his career in an emotional and desperate portrayal of a father going to extreme measures to bring his daughter home safely.

Jackman’s performance is dark, gritty and emotionally powerful, he’s never been better than he is in Prisoners – you can feel his desperation as a father. Gyllenhaal gives a hypnotizing performance as a detective whose never lost a case and, despite the dead ends, will not give up on this mysterious abduction.

Prisoners is not your typical crime noire drama, it goes much deeper, delivering a gut punch that will have you on the edge of your seat the entire time. Prisoners will leave you breathless and is a masterpiece in atmospheric suspense. The film is beautifully shot with some breathtaking cinematography by Roger Deakins. The less you know about Prisoners going in, the better – the twists and turns it takes you will never see coming.

Prisoners is not for the lighthearted but this is one dark and disturbing thrill ride you don’t want to miss. 4.5/5 stars