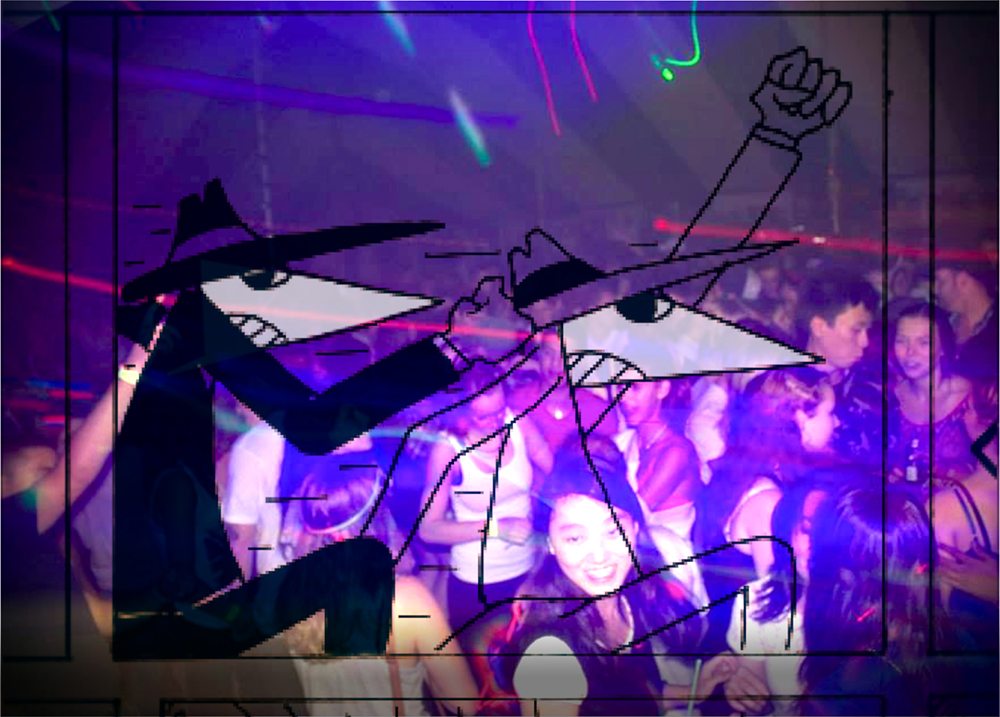 Let us travel to a hypothetical university campus. Here, in this parallel world, an abnormally warm Friday swamps the quad with a low-lying humid fog. Two first year engineering students exit their afternoon class with rolled-up shirtsleeves and relief that their week has finally come to an end. They do not know one another and are about to have vastly different first-class-bash experiences.

First, we have Diligent, a genuinely nice human-person who has always done what he believes honorable; he asks helpful questions in class (even when he already knows the answers) and shares his notes with absent classmates. Diligent whistles to himself as he crosses the quad on his way to the Students’ Representative Council (SRC) office to help prepare for first class bash. Diligent is always upbeat.

Walking at a significantly slower pace, in his headphones, is Dingus. He believes that anyone who hasn’t sat through all of Monty Python’s Flying Circus in a single viewing isn’t worth talking to. Though he does not plan on attending first class bash, he’s elated that his weekend is finally beginning and finds the upbeat stranger bouncing across the quad unbelievably annoying.

As Diligent enters the SRC office, he finds the representatives in full swing. The beer tent having been set-up the day before, the reps dash about ensuring that the bash will run as smoothly as possible, tying up any loose ends in the process. As SRC’s VP Social struggles with a tray of plastic beer cups, Diligent rushes to help stabilize the over-stacked platter.

“Hi, my name’s Diligent,” he says with a smile, “I’m here to help with the set-up, is there anything I could do to help?”

“Thank you!” says VP Social, “We’ve been so busy that we haven’t assigned anyone to stamp people as they pay to get in.”

“Just tell me what to do and I’ll do it!” says Diligent as enthusiastically as he can muster.

Meanwhile, Dingus has made his way to a friend’s dorm room. The week finished, Wingus and Dingus smoke marijuana, breathing their smoke through a makeshift toilet paper roll and fabric softener filter. The two discuss Super Nintendo games and have gotten into a fairly heated argument.

“Super Ghouls n’ Ghosts is obviously the hardest and thus greatest SNES game to ever hit the market!” preaches Wingus, “how can you possibly believe otherwise!?”

“Man, A Link to the Past is way harder,” argues Dingus, “haven’t you ever tried beating it without watching walkthroughs? You’ve got to talk to essentially every character in the game before you can even really start playing!”

Just then, a friend of Wingus interrupts their discussion. He walks into the room smiling and wearing a Charles Mingus t-shirt.

“Are you guys coming to the bash tonight?” he asks rhetorically, “because you really should—if you guys come I’ve got Scooby-Snacks.”

Just then, the stranger reveals a bag containing 8 grams of psilocybin mushrooms. Excited by the proposition and utter detachment that the magical fungus might offer, both Wingus and Dingus agree and prepare for their psychotropic adventure.

In the quad, Diligent has begun to greet early bash-goers. Pleasant as always, he sits smiling and conversing with the eager students, taking money and stamping hands. Music from within the tent has begun to pump across campus and the sun has descended below the horizon line. Soon the bash is underway and the party-goers are dancing in the strobe-lit tent. An inebriated first year arts student approaches Diligent at his hand-stamp-station.

“Where’s the bathroom?” she says through a belch with apparent urgency.

Without thinking, or losing his enthusiasm, Diligent gets up and escorts the girl into Haven Hall where he proceeds to hold her hair as she vomits. Though he has left his post, he is confident he is doing the responsible thing.

Outside, Wingus, Dingus and the stranger with the Charles Mingus shirt round the corner on route to the bash when they discover the unattended hand-stamp-station. The drugs have started taking effect and the gentlemen engage in a laughing fit.

Upon the realization that their entrance will go unnoticed, they nonchalantly walk toward the tent where they are assaulted and then stunned by light and sound. As they regain their composition, an attractive catering staff member pushes a cart full of chicken wings and quesadillas past the druggie-cluster.

“Did you see that?” asks Dingus.

“My mouth is watering, isn’t it?” giggles Wingus.

“Yeah,” Dingus agrees, “wait, did you mean the girl or the food?”

“The food,” says Wingus, pausing a moment to look at the caterer, “Wow! She IS a fox!”

Back at the stamp-station, Diligent has helped the drunken freshman to some water. Feeling better, she decides it best to stay with Diligent stamping hands and taking money. As the night wears on, the two end up having a lot in common and share high school stories.

Inside the tent, Dingus has decided to make a move on the caterer. Unfortunately, he has forgotten how psychotropic drugs affect the individual. As he squeezes through the tangle of dancing bodies, he begins to sweat. Suddenly, the mushrooms’ hallucinogenic qualities are present and Dingus begins to see shapes and colours he is very aware do not exist.

Nevertheless, he shoves his way through the congested dance-floor. The beat still pulsing, Dingus finds his object of affection and begins piecing together the perfect pick-up line. As a slow song begins, Dingus approaches as confident as ever.

“Uh-hi,” Dingus stammers, drenched in flop-sweat, hallucinating, “Is that a mirror in your pocket, or are you just happy to see me?”

“What?” asks the caterer, perplexed.

“No, no, no—what I mean to say is those must be astronaut pants,” Dingus manages, “because…uhh…it must have hurt when you fell from heaven?”

Just then, Dingus notices Wingus face-first in the buffet table and their friend in the Charles Mingus shirt dancing like an animal. Two security officers tackle Wingus and Dingus to the ground and they are dragged out of the party tent.

For the following two hours, the drugged-out pair sit in the security office being berated and lectured. Wingus is sent back to his dorm while Dingus sombrely makes his way to the bus stop.

The bash coming to a close, Diligent packs up and makes sure his new freshman friend finds a way home. Back at the bus stop Dingus stands grinding his teeth, back in his headphones, banned from all future SRC events. 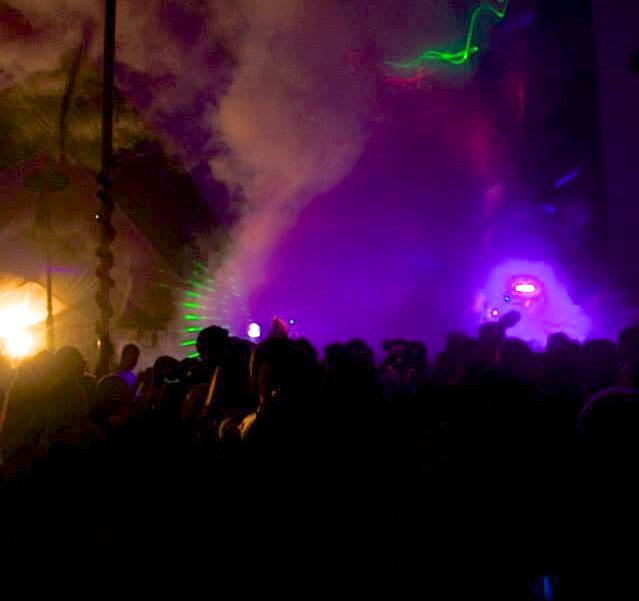