Debuting with author Donna Morrissey on Sept. 23, the series kicked off to a wonderful start with the charismatic Newfoundlander. Donna is an award-winning author, renowned for her novels Kit’s Law, Downhill Chance and What They Wanted. The Ganong Hall Lecture Theatre was teeming with student readers and locals alike. Despite coming down with a cold, Donna worked the crowd with her quick wit and some Newfoundland history worthy of the Hatfields and McCoys.

Morrissey’s reading focused on three excerpts from her most recent work, The Deception of Livvy Higgs. The protagonist of the novel is an elderly woman, namely Livvy Higgs, who relives her past whilst suffering from a series of minor heart attacks. The excerpts from Livvy Higgs were focused on the character’s movement from childhood to adulthood—first with a six-year-old Livvy’s perception of familial and provincial conflict, followed by a teenaged Livvy’s understanding of her father and ending with a bit on Higgs’ love interest.

Morrissey’s excerpts were appropriate, captivating and ultimately cathartic—seamlessly moving from topics of a serious nature to moments of humour immersed in the vernacular nature of Newfoundland natives.

Skot Lilly, a student currently enrolled in the Lorenzo Reading course believes “it is a great opportunity for some with little knowledge of Canadian literature (like myself) to not only have a chance to read some great Canadian literature, but to also have the opportunity to speak with the authors of these fine books.”

Katrina Pridgeon, another student in the Lorenzo Reading course spoke similarly, stating, “it was a great experience to hear Donna Morrissey speak; her voice comes through much stronger and more passionately in her speech than in her writing. I was impressed with the outcome and really happy that so many people came and had a good time.”

The Lorenzo Reading Series allows readers to listen as an author reads from their work, an experience that provides context and enjoyment to many an avid fan.

After her reading, Morrissey signed books outside of the Ganong Hall Lecture Theatre. Morrisey felt that her reading was well received, “It was such a huge crowd and such a great energy that I just rode their energy all the way through.” All smiles, Morrissey greeted her fans with encouragement and enthusiasm. 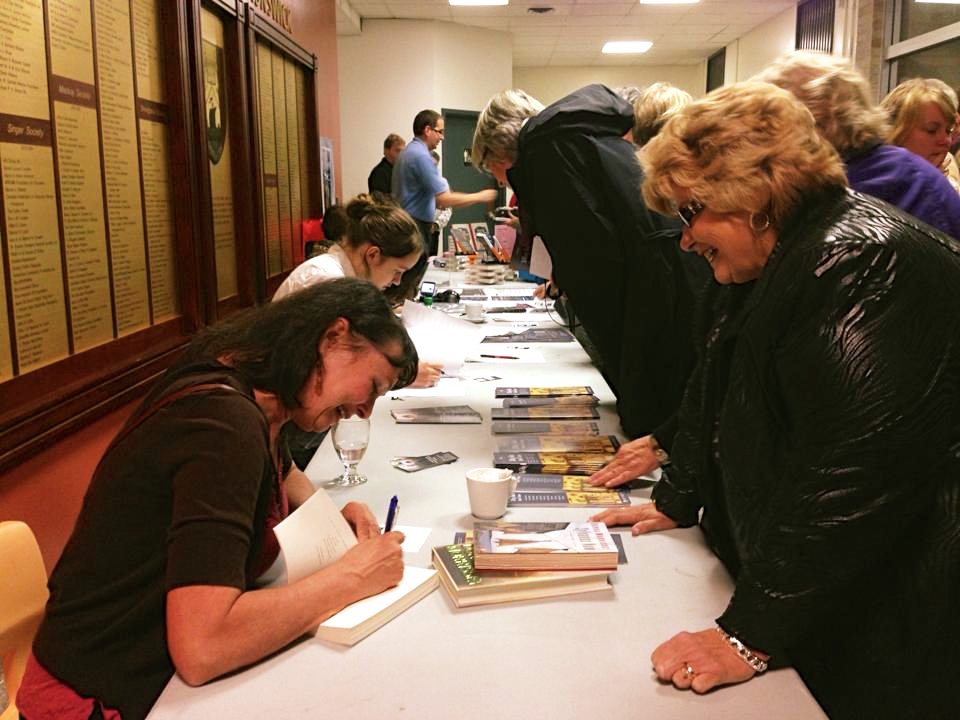