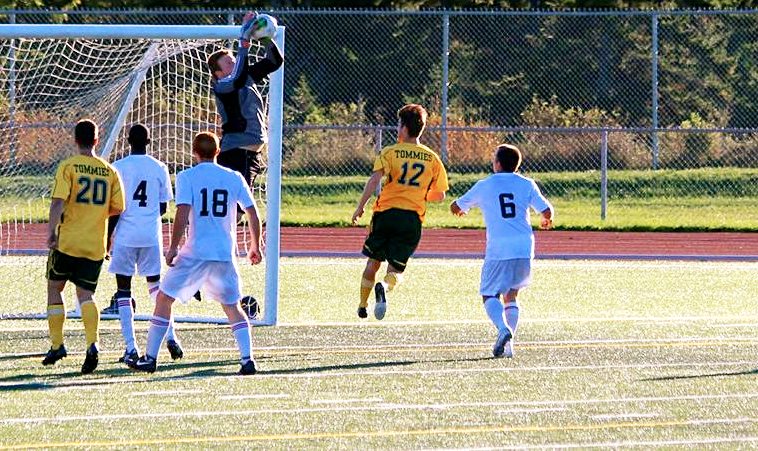 The St. Thomas Tommies paid a visit to the Canada Games Stadium on Sept. 28 to play host to the UNB Saint John Seawolves in men’s soccer action. Both teams went full tilt throughout the match, matching each other chance for chance, save for save and goal for goal. Ultimately, neither side could get the upper hand, thanks in large part to the outstanding play of both teams’ respective keepers and the game ended in a draw 1-1.

Both teams came out strong to start the first half. The pace of the match would be set early, as both sides played a high octane game that saw the Tommies and the Seawolves move the ball quickly, trade chances equally and saw bodies collide on just about every play. The Tommies got on the board first, thanks to an own goal by the Seawolves, during a mad scramble for the ball in front of the UNB Saint John net. However, the Seawolves tied the game eight minutes later on a terrific shot by Matt Smith from outside the 18 yard box into the upper corner of the net.

The second half started off tied at 1-1 and that’s how it stayed. The frantic pace from the first half carried over into the second, as both sides traded scoring chance after scoring chance. Neither side had an answer to the other’s keeper. Keepers Jason DeMerchant of the Seawolves and Marc Gagnon of the Tommies were on fire throughout the game, as both traded excellent saves throughout the match to give their respective teams a chance to win.

With the tie, the Seawolves remain undefeated on the season with two wins and five ties. UNB Saint John is back at home next weekend when they host a pair of Nova Scotia teams. First up are the Mount Saint Vincent Mystics on Oct. 5 and then the Dalhousie Agriculture Campus Rams the next day on Oct. 6. 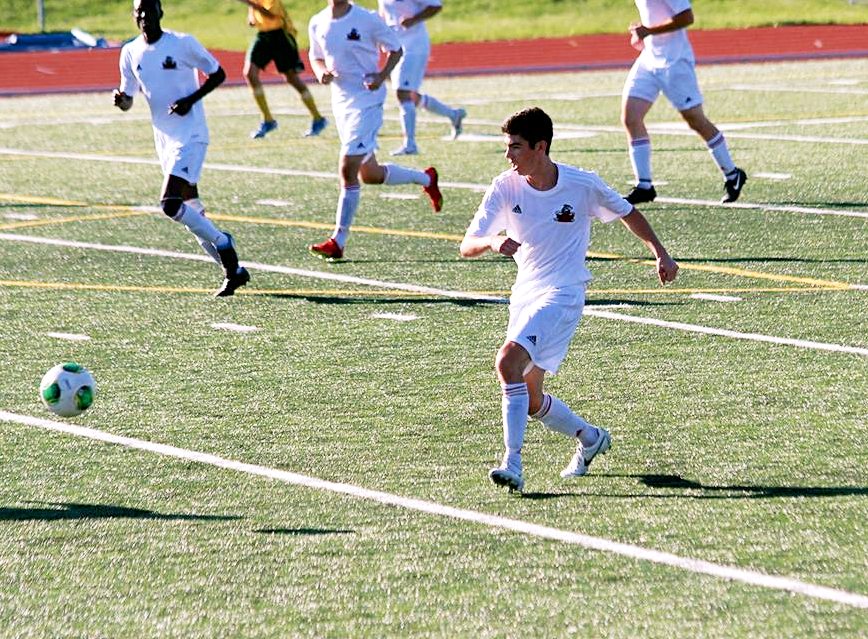