Ten years ago, sports-themed films were in demand at the box office. Movies such as Miracle and Seabiscuit focused on an underdog’s unlikely rise from obscurity to fame and glory. Academy Award-winning filmmaker Ron Howard made the boxing film Cinderella Man, which received a lukewarm reaction. Now, Howard returns to the sports film genre with Rush, an examination on the world of Formula One racing.

Rush focuses on the competitive rivalry between racers James Hunt (Chris Hemsworth) and Niki Lauda (Daniel Bruhl). The film opens during the 1976 Grand Prix before going back to 1970. Hunt is a cocky womanizer with a penchant for partying with alcohol. In contrast, Lauda is a modest, precision-oriented athlete whose career choice puts him at odds with his wealthy banking family.

Hunt beats Lauda in a Formula Three race, prompting the latter to buy his way onto the BRM Formula One team. Hunt struggles to find sponsorship but secures a position on the McLaren team. Lauda starts off with back-to-back victories, but he struggles in his marriage to Marlene Knaus (Alexandra Maria Lara). Meanwhile, Hunt gets married to model Suzy Miller (Olivia Wilde), a union that is strained by the former’s career.

Chris Hemsworth portrays Hunt as a committed racer who likes to live dangerously, but he lets down his tough-guy façade to show a gentle, humorous side. He depicts Hunt’s playboy activities as being a response to knowing the risks of his profession. Coming off the success of Thor, Hemsworth is given the chance to play a character who does not rely on his good looks or charm. Despite his occasional cockiness, he gets lighter moments in depicting Hunt’s life away from the track.

Bruhl plays Lauda as a stoic, methodical racer with a keen sense of the track. He manages to project sympathy while showing signs of jealously towards Hunt for his arrogant behavior. His strained relationship with his family provides for an interesting backstory, but the film does not focus on this aspect of his character arc. Of all the supporting characters, Lara delivers the strongest performance as Marlene, who is troubled by the dangers faced by her husband.

Wilde plays Suzy as a frustrated woman who realizes she just doesn’t fit in with Hunt’s world. It’s worth noting that she is portrayed as a real person rather than coming off as a one-note, stereotypical trophy wife.

Howard’s direction of the film pays close attention to detail and he succeeds in showing the intensity of being a Formula One racer. The cinematography of Anthony Dod Mantle and its integration with grainy archive television footage and radio commentary adds to the story’s gritty realism. With this approach, viewers are presented with the feeling of actually watching the real-life events unfold before their eyes. Screenwriter Peter Morgan’s screenplay gives equal weight for Hunt and Bruhl’s story arcs; this allows the film to transcend from being a rivalry-based narrative. Whereas the film could have ramped up the clichés of the sports genre, Howard keeps the focus on Hunt and Lauda and their careers. Finally, Hans Zimmer provides a solid, moving score that heightens during the racing scenes.

Rush is a riveting film with a compelling story and solid acting by its cast. In the hands of another director, it could have been a cliché-laden thriller, but Ron Howard elevates it to a character drama between two very different men. For this reason, the film might very well be one of Howard’s best motion pictures. 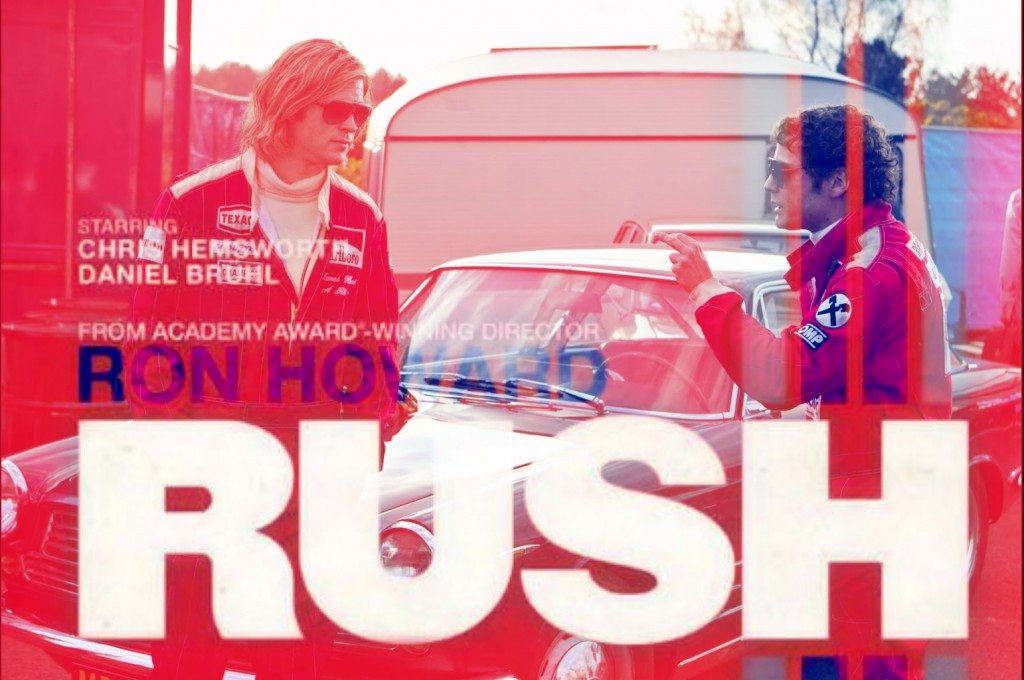