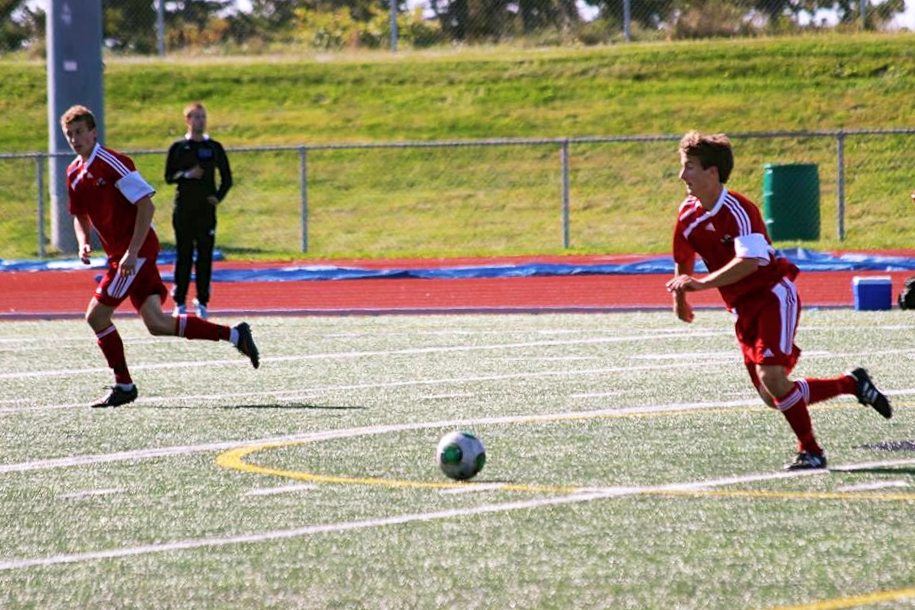 The men’s Seawolves soccer team found themselves in the middle of a playoff hunt, as they played host to a pair of Nova Scotia competitors during a weekend double header.

The Mount Saint Vincent University Mystics were the first team to do battle with UNB Saint John, as both teams squared off on Saturday, Oct. 5. The match would be a close one between two playoff hungry teams. However, neither side managed to get the upper hand. The match ended in a 1-1 draw.

The Seawolves were the first to get on the board during the first half. Dotun Olatunbosun headed the ball into the net off of a Seawolves corner kick, with seven minutes remaining in the half. The Mystics would come back with a goal from the foot of Matt Little, who deposited the ball past a sprawling Seawolves keeper, Jason Demerchant. Neither team could regain the lead and both sides headed into the second half tied up at 1-1.

During the second half, both teams played conservatively until the last few minutes of regulation when the floodgates opened and there were some great scoring opportunities at both ends. The Seawolves sent a few chances just wide of the net, while at the other end MSVU nearly scored on a slow rolling ball that managed to squeak by Demerchant. Defender PJ Ward kicked the ball off of the goal, denying the Mystics what would have been a sure fire goal.

Neither team could gain the upper hand and the game ended in a 2-2 draw.

With no time to rest, the Seawolves were back in action on Sunday, Oct. 6, facing off against the University of Kings College Blue Devils. The match would be a physical one, with multiple yellow cards handed out and both sides receiving a red card. When the dust settled, UKC would emerge with the victory, narrowly edging out the Seawolves by a score of 3-2.

The first half would see the Seawolves fall behind. The Blue Devils were awarded a penalty kick after UNB Saint John was called for a handball inside the penalty box. UKC would bury the ball past Seawolves keeper, Demerchant and took a 1-0 lead into halftime.

The second half would see UKC increase their lead. The Blue Devils scored early in the half, after the UKC attack threaded a ball through the Seawolves and the Blue Devil’s striker chipped the ball over Demerchant who had come out to challenge the shooter. However, UNB Saint John would catch a break ten minutes later, when the first red card of the match was awarded.

With the Seawolves pressing, UNB Saint John’s midfielders sent a ball over the UKC defense and into the Blue Devils’ penalty Box. Striker Kent Ross gave chase, looking to capitalize on the opportunity. He collided heavily with the UKC Keeper. The Blue Devils keeper, who had made contact with Ross’s head, was immediately assessed a red card and ejected from the match.

The Seawolves were awarded a penalty kick on the play and Mackenzie Tamblyn made no mistake, burying the ball past the back-up keeper and drawing the Seawolves within one. UNB Saint John would draw even just eight minutes later, capitalizing on another scoring opportunity. A scramble for the ball, just outside the Blue Devils’ penalty box, saw the ball squirt out to Ali Kant. Kant would send the ball over everybody’s head and into the UKC net, tying the match up at 2-2.

While the Seawolves’ turnaround was attributed to a UKC red card, a red card of their own would prove costly for UNB Saint John. With under 15 minutes to play, Seawolves defender, Mark Thompson would receive his second yellow card of the match and with it an automatic red card. With the red card, UKC was awarded a free kick from just outside the Seawolves’ penalty box and the Blue Devils would score on the chance. UNB Saint John was unable to get back on the board and UKC held onto their one goal lead to win 3-2.

The loss would be the Seawolves’ first of the season. Along with the tie, UNB Saint John improved their record to three wins, one loss and six ties (3-1-6), good enough for third place in the playoff standings. The Seawolves will look to stay in the playoff hunt when they return to the field for another double header weekend in late October.
UNB Saint John will play host to the Dalhousie Agriculture Campus Rams on Oct. 19 and will close out the regular season the following day, on Oct. 20 when the Seawolves host the Holland College Hurricanes. 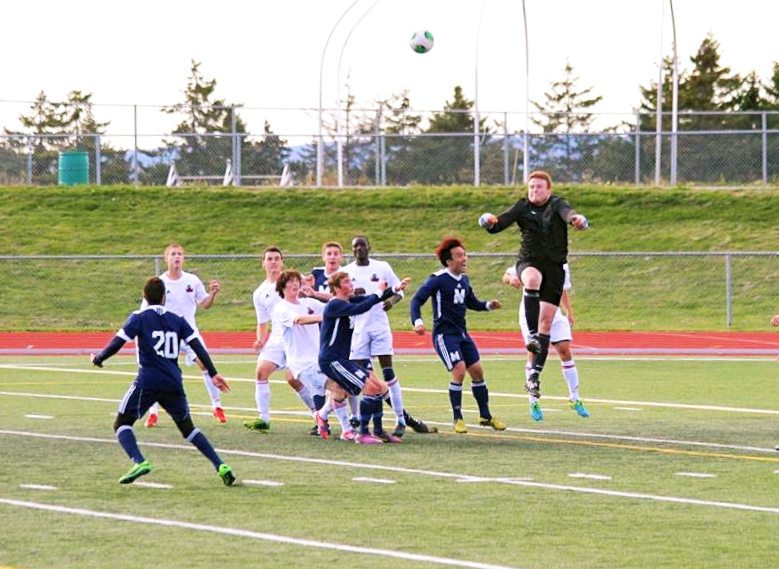