With posters plastered around the university, it was hard not to hear about the highly anticipated Fog Lit Festival, which ran from Oct. 3 through Oct. 6. The festival hosted events throughout the city with the intent of encouraging the pursuit of literature in all capacities. The festival activities ranged from coffee houses to publishing panels and even wine tasting.

Showcasing the works of local writers was of the utmost importance to festival coordinators, who ensured local poets and writers—as well as musicians—were involved and encouraged to participate in Fog Lit.

One of the concluding events of the festival, Authors, Ale and Acoustics drew quite a crowd to the Magnolia Café on Oct. 5. The café was humming with activity last Saturday, packed to full capacity with local literati and music enthusiasts. Running from 8:00 p.m. to 10:00 p.m., the evening was a harmonious combination of live music and captivating readings.

Musician Blake Ferris, a student currently attending UNB Saint John, was pleased with the reception of the event. Ferris says, “I thought we had a great turn out, a respectful and responding audience and some interesting readers. Plus Picaroons.”

The drink special during the event in itself was appealing, as the Magnolia Café is one of the few venues in the city to serve the popular Fredericton-brewed Picaroons line.

Andrea Kikuchi, an event coordinator with Fog Lit and a Departmental Secretary at UNB Saint John, proudly says, “I felt it was a huge success as we have never done anything like this before in the city. By placing the mixture of spoken word and original song in a cozy venue like Magnolia cafe, we were able to create a coffee house atmosphere much like what you would see in the small performance venues in New York City. We definitely want to do it again next year.”

For those who were unable to attend any of the Fog Lit Festival events, keep an eye out for next year. With the success of the festival, there is little doubt that it’s something the city needs and can truly benefit from.

There are too few outlets for authors and artists in Saint John, and Fog Lit has the veracity and potential to do away with the hindrances that accompany literary passions. 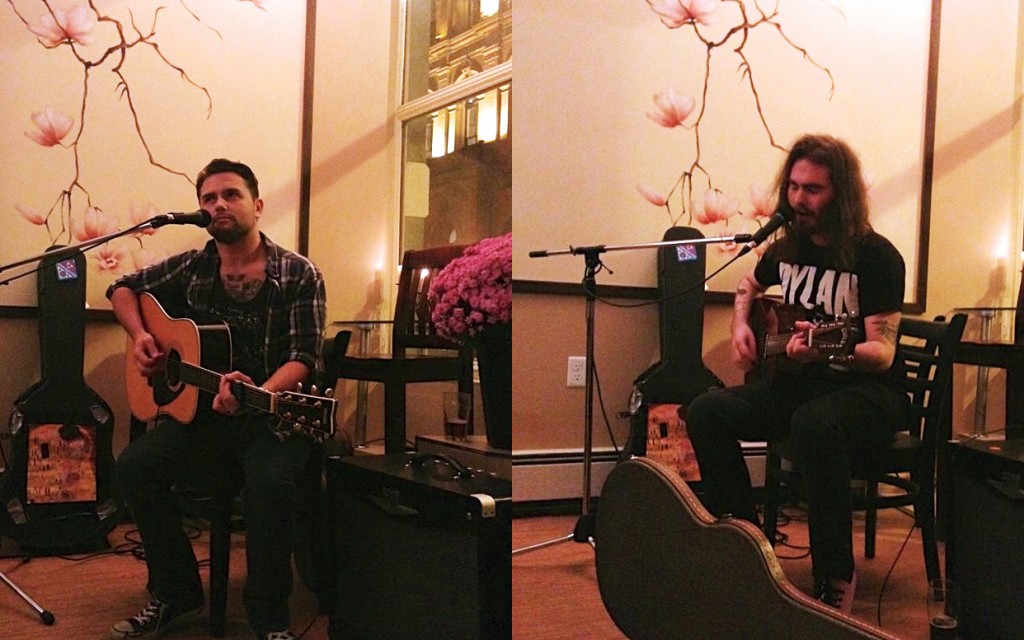