Space-set films are usually concerned with disaster scenarios such as nuclear satellites, steroids colliding with Earth and alien invasions. However, most of these movies don’t focus on the dangerous aspects of outer space alone. Director Alfonso Cuaron offers Gravity, a 93 minute character drama with amazing special effects and elements from 2001: A Space Odyssey, The Perfect Storm and Castaway.

Ryan Stone, played by Sandra Bullock, is a bio-medical engineer on her first mission to repair the Hubble Space Telescope. Due to a particular trauma in her past, she is content working within the vast, silent gulf of space.

Her commanding officer, Matt Kowalski, played by George Clooney is planning on retiring after this mission.

As they near completion of their task, a shower of space debris collides with their shuttle and sends Stone and Kowalski drifting into space. The crash kills the rest of the crew and severs all communication with Mission Control.

With limited oxygen, the two astronauts have to make their way to the International Space Station. Although getting there might prove to be more difficult.

Bullock gives a gripping performance as Stone goes through a great story arc. Her methodical approach to handling problems is put to the test not only with the space disaster but also when she is forced to rely on her wits. As certain revelations of her past are revealed, the viewer can see the anguish on her face and feel empathy for her.

Having made a majority of comedic and dramatic films over her career, Bullock is given the chance to dominate most of the film’s narrative- much like Tom Hanks’ performance in Castaway.

Clooney portrays Kowalski as a likeable, albeit hardened veteran of several spaceflights. The character is more of a supporting character to Stone, but manages to make an impression during the film’s brief running time.  His playful, comedic banter with Bullock is one of the main highlights.

One of the more poignant moments involves a small, recurring gag about Stone’s supposed attraction to him, but this is played more seriously rather than being merely humorous.

Gravity’s visual effects are very impressive to viewers. In the 3D format, this allows viewers to observe flying space debris and shuttle wreckage as if it’s happening right before their eyes. Unlike previous space-oriented films, the emphasis is placed on spacewalks, how to maneuverer a jetpack and conserving oxygen.

Cuaron’s strong emphasis on close-up shots greatly add to the intensity of the story. Much of these are focused on Clooney and Bullock’s faces and allows deeper focus on their characters’ emotions.

Of note is the use of dead silence in the film. Like Stanley Kubrick’s 2001, Gravity does not feature any sound effects in the vacuum of space. This adds to the grim, chilling atmosphere.

While there are several set pieces in the film, the lack of loud explosions depicts space as eerie. Cuaron’s attention to detail allows for several of the film’s additional dangers, such as oxygen depletion, to be each examined.

In contrast to previous space films, Gravity remains focused on the human element and the dangers of being in space.

Cuaron proves that one does not need aliens or giant meteors to make a compelling thriller.
Both Bullock and Clooney deliver strong performances not overwhelmed by the astonishing visual effects. This is one of the year’s best pictures. 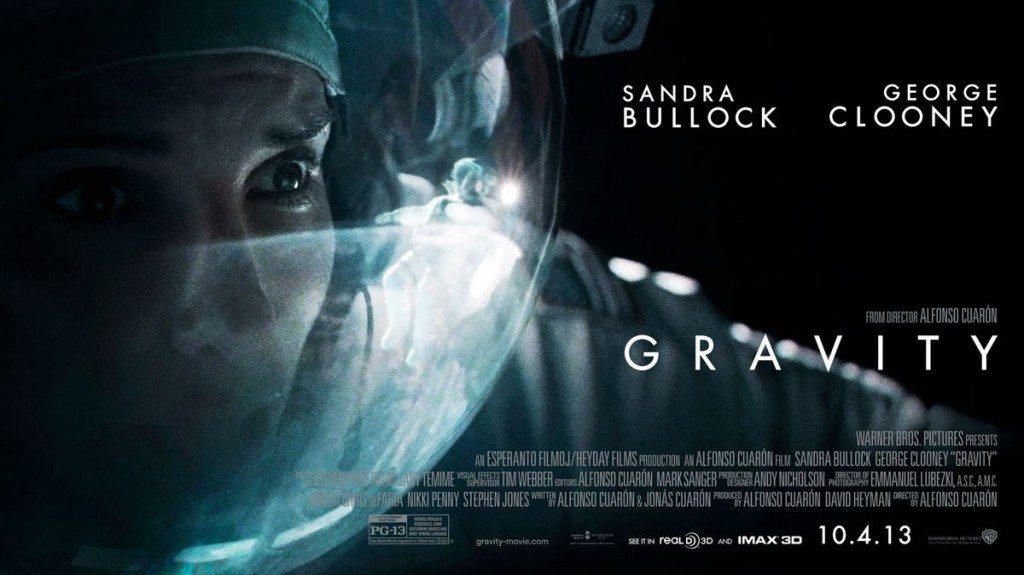