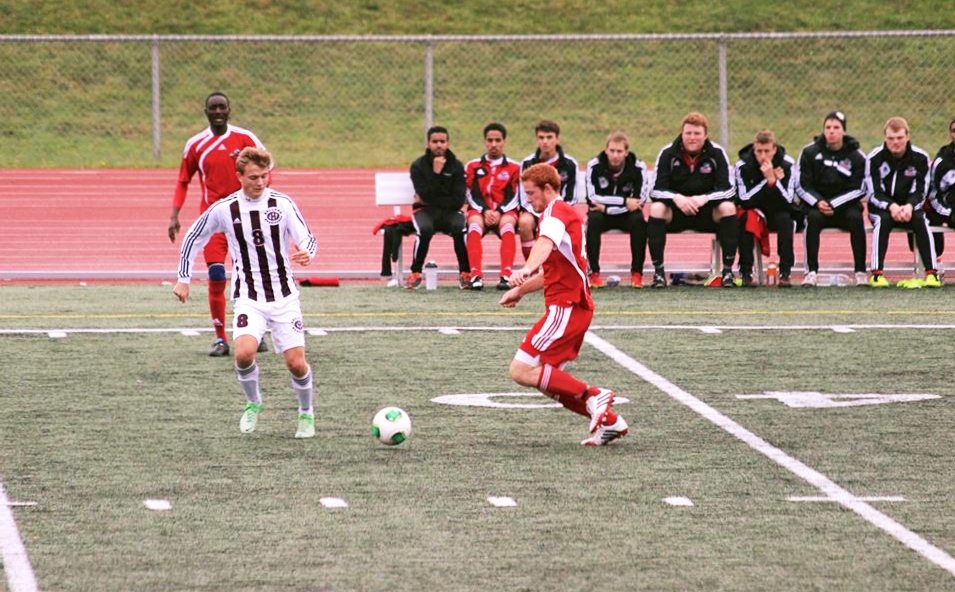 The UNB Saint John Men’s Soccer Seawolves are playoff bound, after closing out the regular season with a win and a loss.

The Seawolves kicked off their season ending double header on Saturday, Oct. 19, when they played host to the Dalhousie Agriculture Campus Rams. The Seawolves jumped out to an early lead in the first half, thanks to a goal of the foot of league leading scorer MacKenzie Tamblyn, giving the Seawolves a 1-0 lead.

The Seawolves would take their 1-0 lead into halftime and add to it in the second half. Osama Alharbi made it 2-0 for UNB Saint John, midway through the second half. The Rams looked to get on the scoreboard midway through, but keeper Jason Demerchant made three terrific saves on the same play to keep the shutout alive. Tamblyn would score his fifteenth of the season late in the match and the Seawolves were able to breathe easier. Demerchant picked up the shutout for UNB Saint John in a 3-0 victory.

However, there would be little time to celebrate as the Seawolves were back on the pitch to square off with the Holland College Hurricanes, on Oct. 20. The first half started off slowly, as both teams played conservatively. This would change when Holland College scored on a tremendous shot by Evan Forrester from well outside the 18 yard box. The floodgates opened up after the goal and end to end action ensued. The Hurricanes began to take control when Geoff Pellerin made it 2-0 late in the first half.

The Hurricanes continued to press early in the second half, as Kyle Reade made it 3-0 for Holland College three minutes into the half. The Seawolves would narrow the lead to 3-1, thanks to a goal by Ali Kant. This was as close as UNB Saint John would come, as the Hurricanes took the match by score of 3-1.

With the split weekend, the Seawolves finished the season with four wins, two losses, and six draws (4-2-6), good enough for a fourth place finish and a playoff berth.

The Seawolves head to Prince Edward Island, for playoffs at Holland College on Oct. 25 through Oct. 27. The Seawolves will be looking to come away with a championship and carry that momentum into the Canadian Collegiate Athletic Association (CCAA) Men’s Soccer Championships, being hosted here at UNB Saint John on Nov. 6 through Nov. 9.