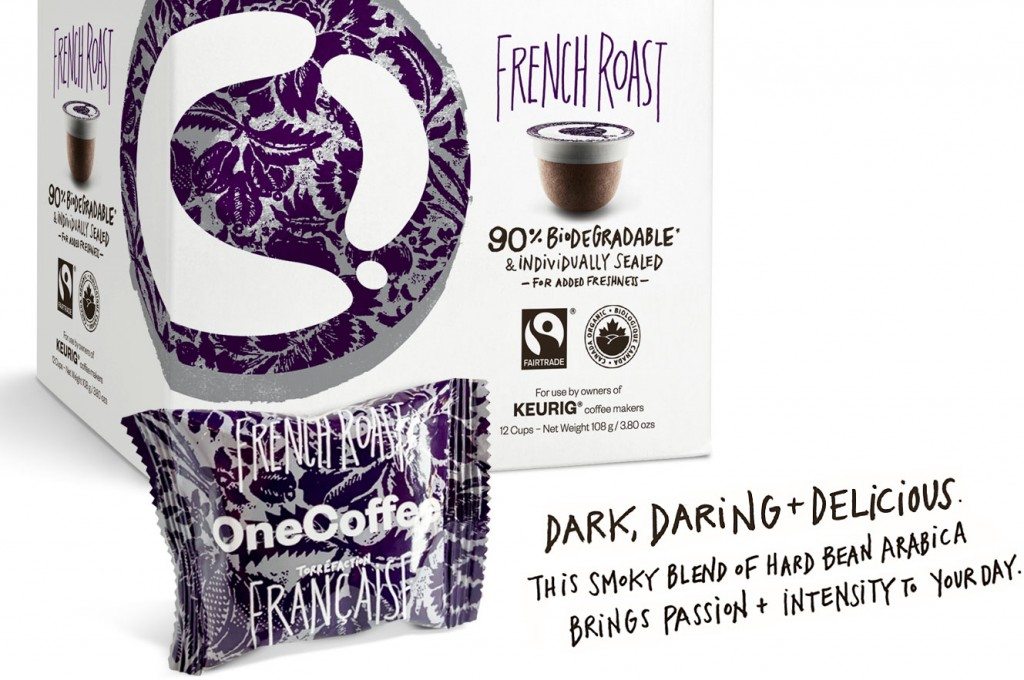 With the convenience of individual coffee machines taking the world by storm, many coffee lovers aren’t aware of the vast amount of waste that these cups produce.

In order to address this issue, Canterbury Coffee has taken the lead in providing the first ever environmentally sound cups for your Keurig machine. Compared to the typical K Cups that use a petroleum based plastic, these compatible cups, made with a fully synthetic filter and vegan pro-base plastic, allow for minimal waste upon disposable while still maintaining the safety of the consumer.

In contrast to their leading competitor, OneCoffee cups are recyclable and encouraged to be put in an industrial composter after use.

Aside from being conscious of the carbon footprint left behind by coffee cup waste, Canterbury Coffee claims to deliver the highest quality of coffee possible. Their product consists of 100 per cent hard bean, organic and fair trade Arabica coffee. They also address sanitary concerns by individually wrapping each cup which yields freshness and eliminates exposure to dust in the air.

Although they acknowledge that people are often willing to pay more for organic quality, OneCoffee cups are priced competitively with their counterparts. Retailing between $6.99 and $9.99. This company works diligently to be sustainable on both sides of the business.

Despite being relatively new to the market, OneCoffee has had tremendous success thus far. Derek Perkins, senior marketing manager, is excited for what else is in store for the company. “For being on the market for just a short amount of time, the company is doing fantastic,” says Perkins. “We are definitely making an impact in the business of coffee.”

OneCoffee cups are compatible with many individual machines such as the Keurig and Hamilton Beach. They can be found on the shelves of IGA and London Drugs on the west coast and Sobeys in the Atlantic provinces. There has also been some interest from the US to carry the product but nothing is confirmed as of yet.

Many university students rely on coffee to function and excel in their academics. Many also care about the environment and want to preserve what little is left of our earth. If you’re looking to have the best of both worlds, OneChange coffee could be a great decision for you. Information regarding the product can be found at www.myworldinacup.ca