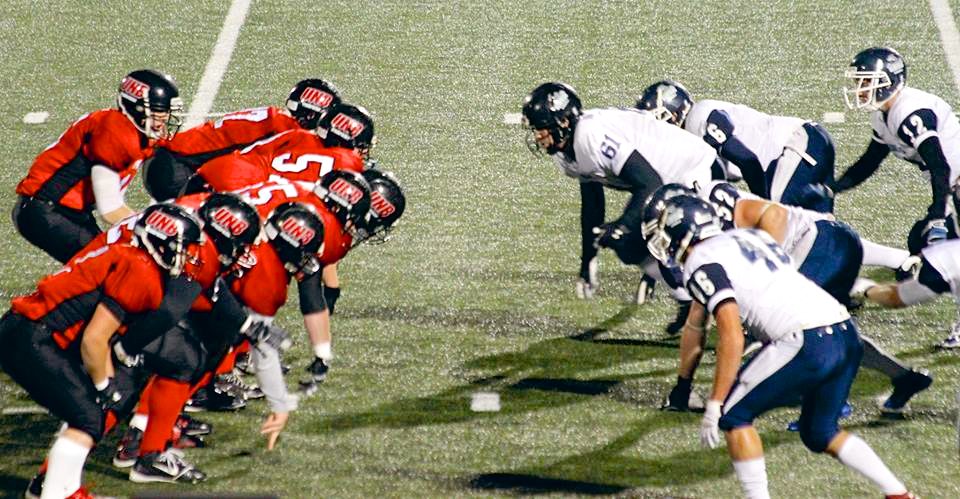 The UNB Saint John Seawolves football team is off to the Atlantic Football League (AFL) finals after defeating the UNB Fredericton Red Bombers 44-14 on Saturday Oct. 26.

The first quarter kicked off with both sides fired up and looking to get on the board. Taking an early 7-0 lead, the Red Bombers scored first. However, the Seawolves put together a strong drive late in the quarter and punched it in for a touchdown to start the second quarter.

With the score tied up at 7-7, the second quarter saw both offenses come alive as they traded touchdowns. UNB Saint John struck first at the nine minute mark, taking a 14-7 lead.

The Red Bombers battled back late in the quarter and scored another touchdown to tie things back up. The Seawolves’ offense scored a quick one just a minute later and retook the lead at 21-14.

As time expired in the second quarter, UNB Fredericton was kept off the board as the Seawolves’ defense blocked an attempted Red Bomber field goal.

Kicking off the third quarter, the Seawolves came out looking to expand their lead. A gutsy call on third down resulted in the Seawolves having to turn the ball over to the Red Bombers on their own 15 yard line.

This did not phase UNB Saint John’s defense. They came out and sacked the UNB Fredericton quarterback on the very next play and intercepted the ball on the play after that. The Seawolves were able to regain possession.

Building off their defense’s momentum, the Seawolves’ offense came back onto the field and marched towards the end zone resulting in another touchdown.

UNB Saint John scored an additional touchdown late in the quarter but missed the point after an attempted kick. Regardless, the Seawolves were firmly in the driver’s seat as they took a 34-14 lead into the final quarter.

The Seawolves’ defense continued to dominate in the fourth quarter, as they shut down the Red Bombers offense. This quickly squashed any hopes of a comeback for Fredericton. Just to be on the safe side, the Seawolves put up another touchdown halfway through the quarter and kicked another field goal with just under three minutes to play. This easily led the Seawolves to 44-14 victory.

The Seawolves will now advance to the AFL finals next weekend. 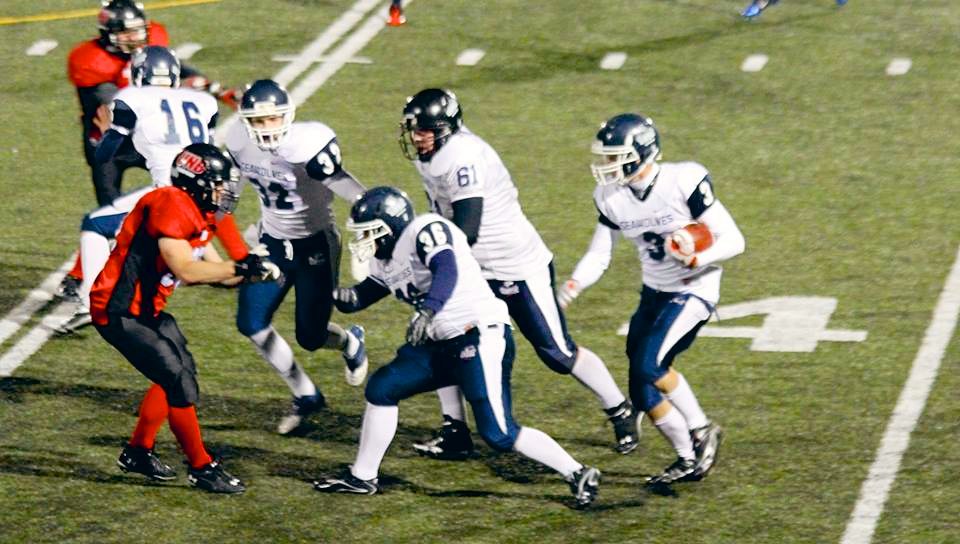