In many ways, videogames are like feature films. If they are financially successful, it’s likely that a sequel will be made.

After the release of Arkham Asylum and Arkham City in recent years, many fans feared the series would end after the latter’s release. Two years later, however, Warner Brothers Games Montreal has released a prequel: Batman: Arkham Origins.

Set in the early days of Batman’s career, Arkham Origins takes place during the Christmas holiday in Gotham City. Only in his second year of being a vigilante, Bruce Wayne/Batman is still learning how to conduct his war on crime. He is viewed as an urban legend by criminals and considered a threat to the Gotham City Police Department, who intend on arresting or shooting him on sight.

Local mob boss Roman “Black Mask” Sionis places a $50 million bounty on the Dark Knight’s head and hires eight assassins to kill him. As Batman attempts to take down each of the assassins, he has to deal with arms dealer Oswald “The Penguin” Cobblepot and a new criminal called the Joker.

Arkham Origins depicts a more gritty and harsh environment than its predecessors. The winter setting also adds to the bleak atmosphere of Gotham City.

Unlike Arkham City, Batman is able to travel across Gotham rather than being confined to one area. The police department is also given a slightly larger role in the plot, allowing the player to be shot at if detected by officers.

A noteworthy improvement: the boss battles are harder to play and require the player’s total attention.Batman’s detective vision feature allows for a virtual reality reconstruction of crime scenes, giving it a CSI-type feel.

Instead of having to acquire gadgets over time, the player is equipped with a variety of tools from the game’s beginning. During fights, Batman’s movements are not as fluid as they will become – a subtle way of contrasting his skills with how they developed in the first games.

Despite the game’s new elements, it doesn’t introduce any groundbreaking features to make it stand on its own.

There are the formulaic main plot and secondary side-stories, as well as the “arena battles” of previous games.

Furthermore, the Black Mask storyline tends to take a backseat to the eight assassins, who are not fleshed out or given much focus.

In addition, the introduction of a new gadget called “Shock Gloves” comes off as feeling like a cop-out in fight scenes.

The game’s voice-acting is one of the game’s highlights. Roger Craig Smith replaces Kevin Conroy as the voice of Batman and manages to deliver a good performance as a younger, uncertain Dark Knight.

Nolan North’s Penguin is an intimidating character, which makes him a formidable adversary for Batman. North uses a Cockney accent in his portrayal. This helps to differentiate him from previous depictions on the character.

Brian Bloom is also solid as the grim, humorless Black Mask. However, the biggest surprise comes from Troy Baker as the Joker. He succeeds in playing the character with an unpredictable menace without trying to imitate Mark Hamill, who voiced the Joker for 20 years.

The game’s side missions are another impressive feature. Apart from the main plot, Batman can enter “Crime in Progress” missions, in which one can help the GCPD help take down criminals.

In addition, the player can return to the Batcave and practice during in-training sessions. Downloadable features can be accessed to incorporate alternative Batman “skins” and challenge maps. There are several character cameos and in-game references hinting at a wider universe waiting to be explored.

While it may not be groundbreaking, Arkham Origins presents a fresh take on the Dark Knight. By focusing on a less-experienced Batman, the game offers a hint as to where the series could be heading. 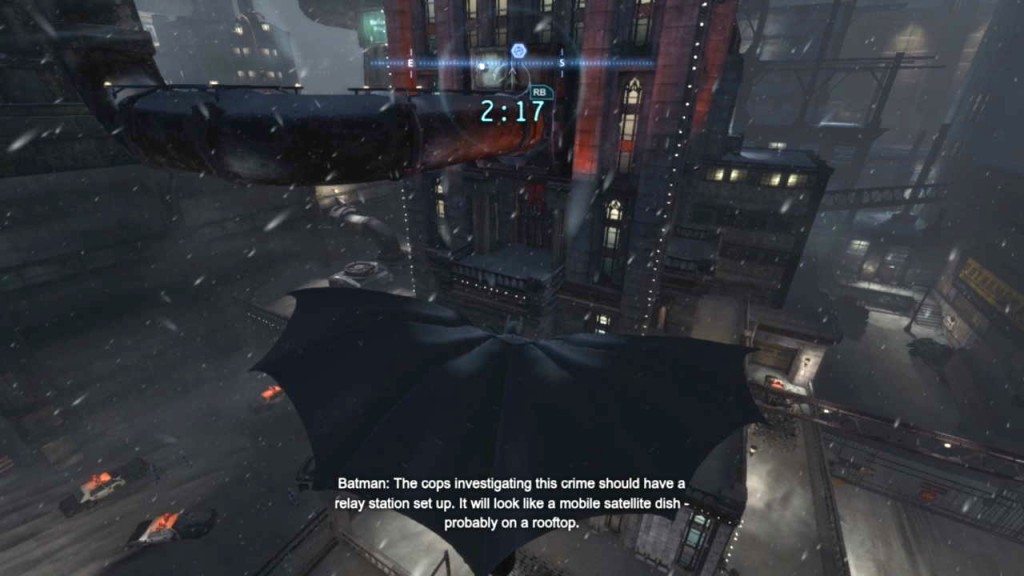