Since 2008, Marvel Studios has been on a roll with its shared film universe. Unlike characters such as Iron Man, Hulk, and Captain America that have been prominent in comic books, Thor has never really been given much attention.

After the 2011 film, Thor, it has been established that the Son of Odin is a force to be reckoned with.

Thor: The Dark World takes place after the events of The Avengers.

Prince Thor played by Chris Hemsworth brings his brother-turned-enemy, Loki, played by Tom Hiddleston back to Asgard where he is imprisoned for his crimes.

Despite fighting to defend his home, Thor longs to be reunited on Earth with his human love interest, Jane Foster (Natalie Portman). This causes conflict with his father Odin (Anthony Hopkins) who wants Thor to leave Foster and become ruler of Asgard.

Meanwhile, Foster uncovers a portal that infects her with a dark energy that triggers the arrival of a sinister threat named Malekith (Christopher Eccleston). Desperate to save Foster, Thor looks to an unlikely source for help- Loki.

Chris Hemsworth delivers a solid performance as Thor. Unlike other action stars, he does not have to rely on his muscular physique or one-liners because he has grown into his character. Despite showing brawn and the occasional stubbornness, Thor is much more mature and conscientious since the viewer last saw him. Hemsworth projects a likeability and charm that is not out of place.

Natalie Portman provides much of the film’s human element as Jane. Seeing her seek out danger rather than be a damsel in distress proves to be very interesting. However, she is often relegated to the sidelines in favour of the actions sequences, which proves to be disappointing.

Of all the cast, Hiddleston steals the show as Loki. Not quite heroic but not entirely evil, he has an interesting character that is part of the story’s emotional backbone. Loki struggles with his brother’s prominence, being imprisoned by his father and the desire to prove himself a king.

His performance is one of the more complex in the Marvel Universe and it is a delight to see him expand his characterizations beyond the standard villainous formula.

Where the film poses a concern is in the handling of comedic moments with the story. There are several impressive battle sequences on the scale of Gladiator and Lord of the Rings. Like the first film’s “fish-out-of-water” scenario, The Dark World places humorous scenes and tongue-in-cheek dialogue at key moments in the story. Such moments include Jane on a blind date gone awry or gags involving Thor’s hammer.

There are epic scenes and gripping exchanges between characters, but the inclusion of jokes stick out like a sore thumb. Had the humour been more subtle, it might have been possible to get away with.

Although less jarring, another problem in the film involves the film’s antagonist Malekith. In contrast to Loki’s character growth, he does not have much backstory to explain his motivation for destroying Asgard and Earth.

Eccleston is barely recognizable under the prosthetic make-up and does not get the opportunity to make the character unique. Apart from a brief prologue describing his conflict with Asgard, Malekith does not stand out as a unique villain.

Thor: The Dark World manages to prove itself a solid follow-up to its predecessor. Apart from a few mishandled elements, it is one of Marvel’s best sequels. 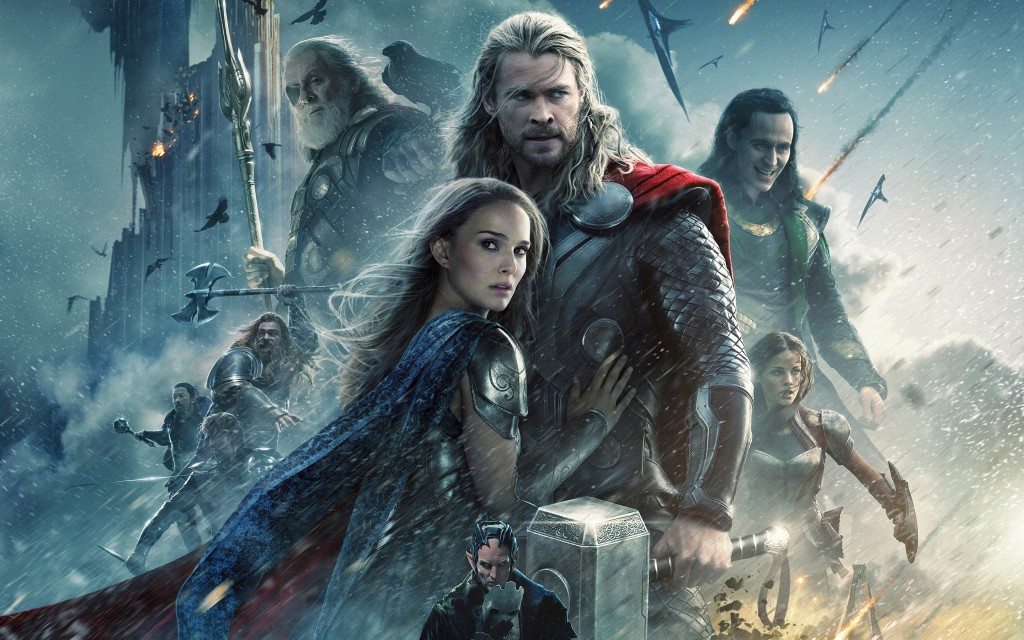