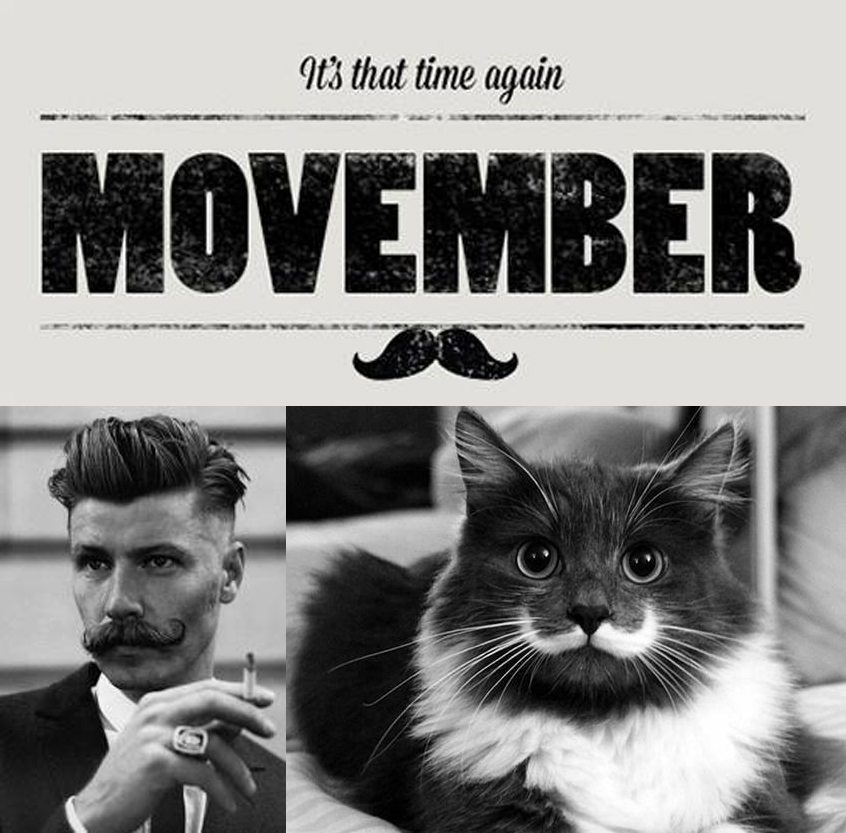 Prepare yourselves ladies, men who otherwise would have avoided the mustachioed look are now sporting hairy lip warmers.

And why? To raise awareness on the severity of prostate and testicular cancers in men, It has become custom for men to grow moustaches in the month of November.

The social sensation of Movember will have your father, brother, boyfriend—virtually every male you know—putting their razors aside in lieu of furry nose ticklers.

Some of the more appropriate terms for the moustache: the flavour saver, the crumb catcher, the lip toupee, whiskers or the snot mop.

There’s the cookie (or fanny) duster, the womb broom, the lady tickler and my personal favourite—face pubes (also known as fubes).

Mo-sistas Jen Brown and Jess Buck are members of the Students’ Representative Council.

These girls have been busy planning the Movember themed Last Class Bash to conclude the fall term.

The Last Class Bash will be in full swing at Howlers, located in the Thomas J. Condon Student Center on November 29.

Admittance is $1, with all proceeds going to the men’s health cause. The bash starts at 10 p.m. and will be going into the wee hours of the morning.

“We’re having a moustache contest starting at 11 p.m.,” says Buck. The prize for the best moustache will be

If that’s not incentive enough boys, consider what growing a moustache in Movember is all about.

Men are less likely to go to a doctor than women and often put themselves at higher risk of not detecting testicular or prostate cancers early. This trend can be life threatening. It’s also important to remember that it is not just about cancer anymore but also encompasses mental health for men.

“As our students are getting older, especially our guys, we need to raise awareness for them,” says Brown, “it’s going to start happening that they need to get tested for prostate cancer.”

Brown also stated laughing, it’s “No shame for the guys, they love it!”

It does give the male students on campus quite a sophisticated look, to be quite honest.

Gals with a particular love of Movember also support the cause, though some of the facial hair stylings can get rather ridiculous.

Unfortunately ladies, your male counterparts won’t be reaching for their razors anytime soon—Decembeard and Manuary are just around the corner.

On a final note for the fellas, nod at your comrades who are sporting their patchy moustaches with pride—they’re doing it for men everywhere!

Ladies, support the guys in your life by gifting them moustache wax and trying to stifle your laughs at their moustache’s expense. It’s all for a good cause and makes for an interesting month.

Expect to see a Bake Sale in front of Ganong Hall Lecture Theatre within the coming week, as well as small fundraisers around campus.

To learn more about the Last Class Moustache Bash, check out the SRC’s event page on Facebook at www.facebook.com/events/557230671030080/?ref_dashboard_filter=calendar