The Association of University of New Brunswick Teachers (AUNBT) has exercised it’s legal right to strike.

As of midnight last night, the AUNBT went on strike after a proposal that was put before the union by the University was rejected.

Miriam Jones, President of the AUNBT, said in a release “I wonder if they ever intended to settle.”

“They kept our team talking until practically the last minute and then offered no movement. It is very difficult to view this behaviour in a charitable light.”

The union feels that the University has wronged students by causing undue stress over the uncertainty.

“The most surprising thing,” said Dr. Debra Lindsay, Job Action coordinator in Saint John, “is the way the students have been treated.”

“They have been anxious for weeks now, and anyone monitoring the social media can see the level of stress. To bring things down to the wire like this, with no apparent intent to really negotiate — will only lead to upset students [and] a stronger and more focused membership.” 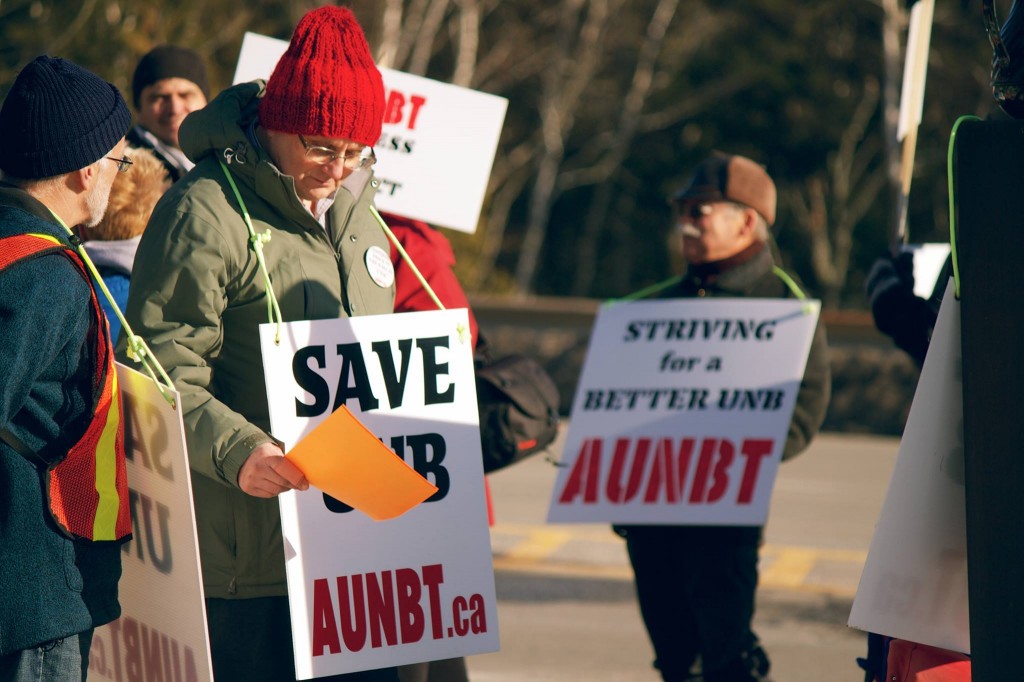 With day one of the strike now underway, the University has suspended all classes for the duration of the strike, with exception of some on-line classes and courses taught in Miramichi.

According to the website, www.unblabour.ca, there is still an expectation for fees to be paid by the January 17th deadline, however, that could change now that job action has been taken.

The strike also has students wondering what next.

SRC President, Ashley Macosky says maintains that the students are the number one priority.

“This is incredibly disappointing. Students have been let down by the inability of the University and the Union to reach a fair deal,” says Macosky.

“It’s really unfair to the students and our hands are tied. Without any details, there are uncertainties, like how long the strike will last and how it will impact our academics”.

Macosky also sees this as an opportunity to open dialog about the future of post-secondary education in the province, both in terms of affordability and accessibility.

“It is vitally important to open a dialogue with all stake holders regarding post secondary education in this province. This needs to be a top priority for New Brunswick, bringing to the table students, politicians, educators and other NB residents.”

“It is definitely time to move education to the forefront of ‘future thinking’ for the direction of this province”.