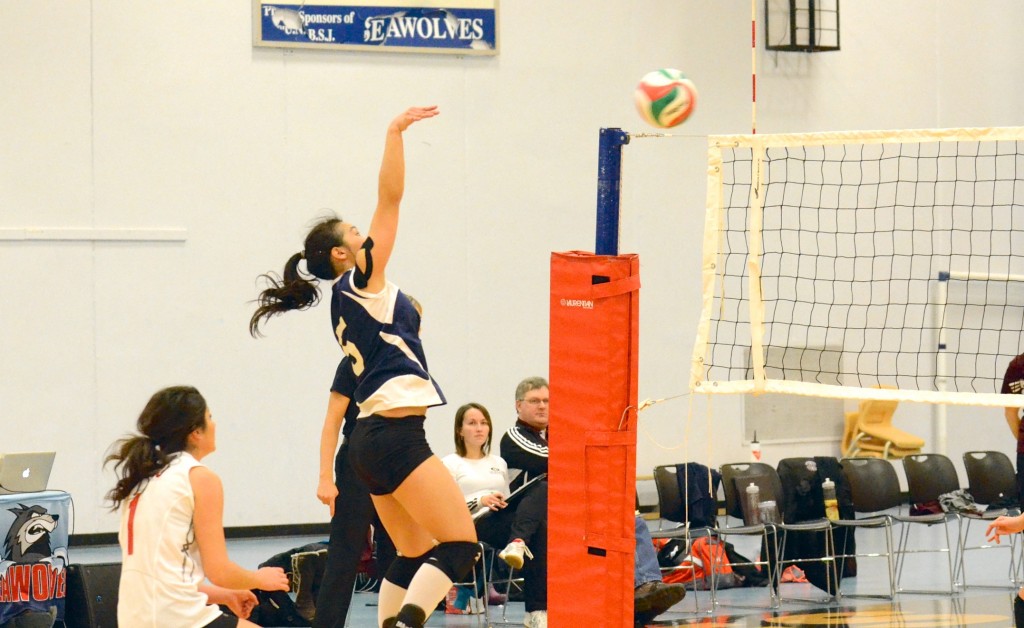 First set action saw the Seawolves and Mounties sea-saw points back and forth until the Seawolves broke free to go ahead 15-8, forcing the Mounties to take an early timeout. Yet for the most part, the Seawolves remained calm, composed and clinical, despite a persistent Sackville side.

Back-to-back kills from middle Katherine Houser near the end of the first set helped the Seawolves extinguish the Mounties’ momentum to win the set 25-14.

However the tone changed immediately in the second set with the Mounties showing their offensive flare, out dueling the Seawolves 9-1 before the Saint John side began to redisplay their strong first set efforts.

The Mounties, who led the league in points for, were unable to maintain the initial pressure, falling a second straight set to the Seawolves, 25-21.

The Mounties and Seawolves dug and hit with tenacity, as each side went back and forth taking points in the third set. Though the Seawolves split away from the tight race mid-set, the Mounties got a handful of consecutive kills to keep close to the Seawolves.

Each pass and hit was filled with flashes of excitement as both teams were determined not to let one point slip. In the final minutes of the set, they were tied 19-19, then 22-22, until the Seawolves slipped loose to win the final set 25-23.

It was the Seawolves confident and consistent passing that allowed them to seal the win in three straight sets.

France native Klara Lucien of the Seawolves played a huge part in Friday night’s win, tallying a game-high 14 kills. Lucien was also lights out defensively, leading the team with 15 digs.

Including Saturday’s away win, the Seawolves now sit comfortably in fourth place. The ladies next match is a home game on Wednesday, Feb. 12 at 6:00 p.m. versus the fifth place St. Thomas Tommies. 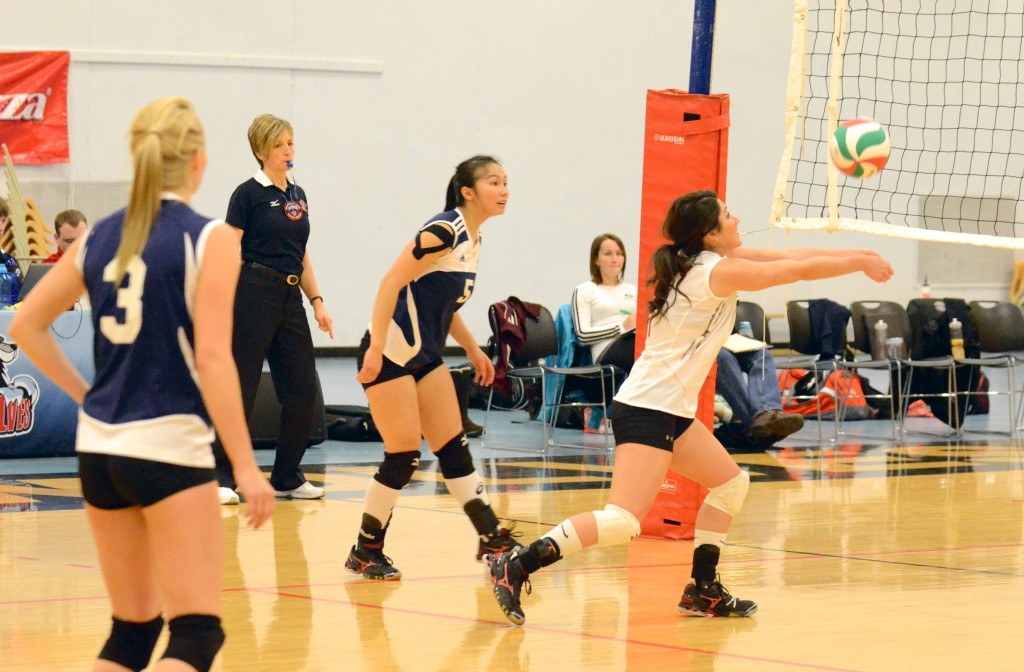