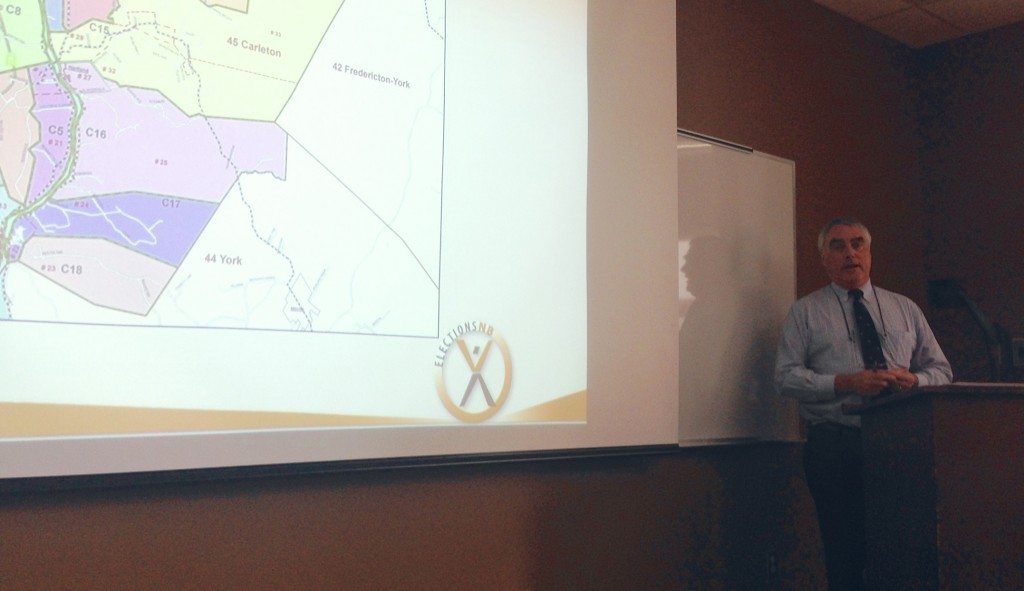 On Friday, Feb. 21 it was not class as usual for the students of Dr. Lewis’ POLS2201 course. Michael Quinn, New Brunswick’s Chief Electoral Officer, stopped by UNB Saint John as a guest speaker for the Political Science class.

Quinn was set up in Hazen Hall 225 at 10:30 a.m., ready to share his “Growing Great Citizens” presentation with a sampling of UNB Saint John’s youth.

Michael Quinn has been New Brunswick’s Chief Electoral Officer since 2007. With Elections N.B., Quinn hopes to advance the youth vote in the province. For most of the students in Dr. Lewis’ class, the provincial election in September of 2014 will be their first opportunity to vote as legal adults.

The POLS2201 class included first-year students, upper-year students and a few mature students—which made for a well-rounded group, though consisted mostly of people in the younger demographic.

“The important thing for us is encouraging the younger people to get involved in the electoral process, the democratic process, as soon as they can,” says Quinn

Elections N.B. implemented campus voting throughout many of the province’s universities and colleges as a means of doing just that, encouraging young people to cast their ballots in the most convenient way possible.

Campus voting not only allows students from the greater Saint John Area to vote, students are able to vote at a location on campus, a convenience that those who struggle with transportation and accessibility can greatly appreciate. Furthermore, people who attend UNB Saint John but live elsewhere in New Brunswick are able to vote and are able to choose which voters’ list they wish to be part of, “[This] gives a student from, say Bathurst, who’s living in Saint John an easy way to vote for his candidate back in Bathurst,” says Quinn.

By providing a voting station on university and college campuses in the province, Elections N.B. is making the process of voting easier for students. Though voting online or via text have been addressed by the province, they pose issues of identification. Therefore the campus voting endeavor is a means of advancing accessibility while also ensuring the identity of the voter.

Campus voting has an additional benefit for students; it will generate temporary jobs, which Elections N.B. intends for young people. Hiring students is mutually beneficial, “I think when you have students involved they generate more interest among themselves,” says Quinn. “It’s a more energetic operation and to have the students involved you’re going to have a higher turnout—that’s our philosophy.” Young faces encourage young voters and a paycheck encourages student workers.

After Quinn’s presentation, the group was encouraged to ask questions concerning campus voting. The Chief Electoral Officer’s visit was dynamic, as he not only accepted these questions but posed them himself. This method answered student inquires while providing Quinn and his Director of Communications, Paul Harpelle with valuable information.

The class suggested strategic locations to set up a voting station on campus, which is just one example of the student feedback that the guests from Elections NB received.

Michael Quinn summed up his interview saying, “[Campus voting] is all-in-all a convenient thing for students to get on the voters’ list where they choose and to cast a ballot right then.”

Accessibility and convenience will have a huge influence on youth voting for the upcoming provincial election on Sept. 22.

To vote in New Brunswick you must be 18-years-old and a citizen of Canada, having lived in N.B. permanently or at least 40 days prior to election. First-time voters need a piece of identification with their full name, signature and address.

As the provincial election draws nearer, the Baron will continue to update students on Elections N.B. and campus voting. Stay tuned and start scoping out your area’s candidates. After all, your vote counts.

For more information on Elections N.B., check out their website at http://www.gnb.ca/elections/index-e.asp. 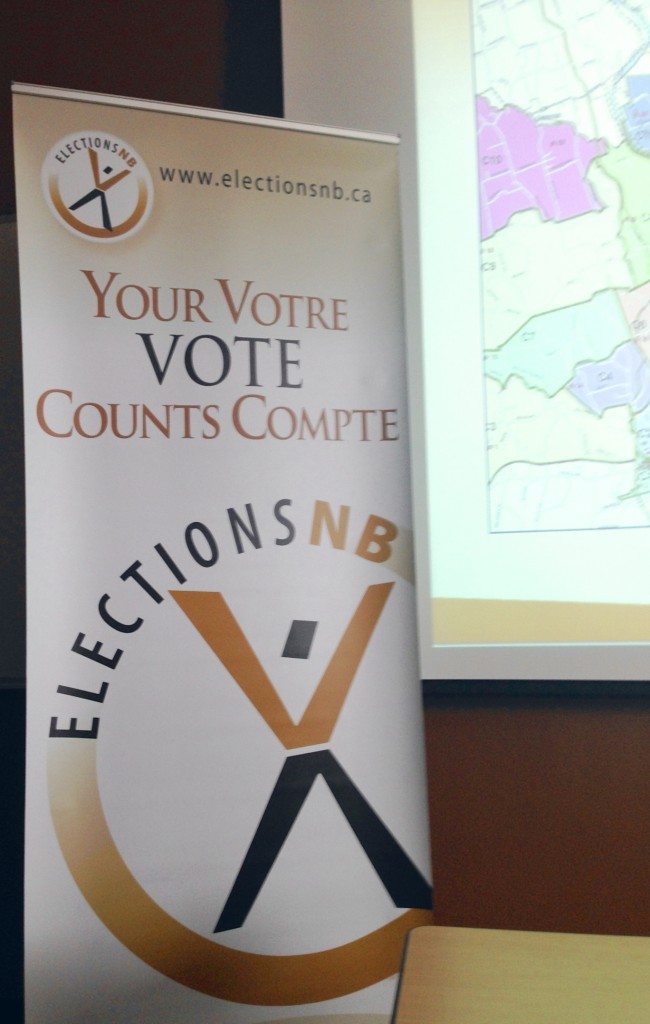