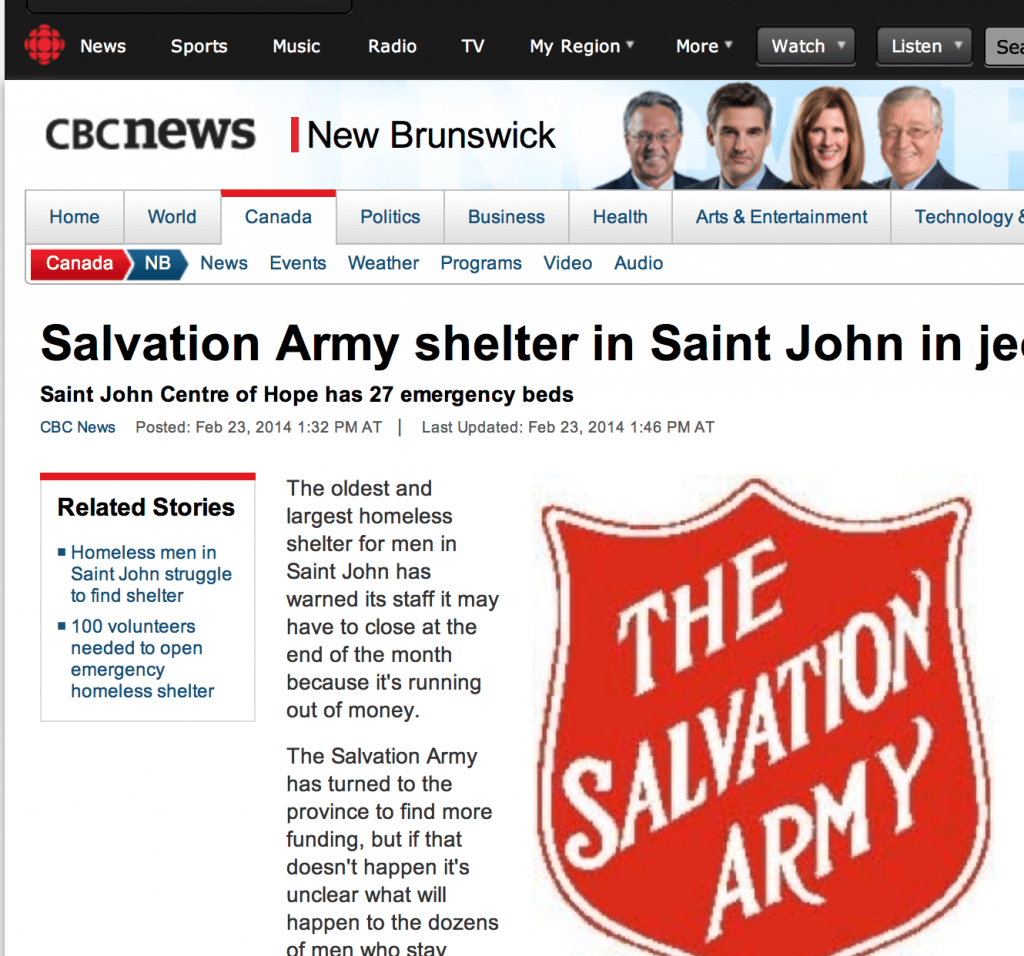 As per the CBC on Feb. 23, the Salvation Army’s Centre of Hope Men’s Shelter is in jeopardy of being shut down at the end of February due to a lack of financial resources.

The Centre of Hope offers shelter and resources to men in need in Saint John. They house 27 emergency beds and have 40 beds for people requiring special care.

The province of NB provides more than $1 million in funding yearly to this year-round facility that helps men in need in the city. The province’s Social Development Minister announced on Tuesday that the government will not provide any more money for the shelter.

On average, this would mean that $15,000 is allotted for each bed in the centre. Minus building repairs, resources for programs and wages, there is currently not enough money to help these men.

UNB Saint John students are petitioning this week for the provincial government to provide emergency funding to keep the Centre of Hope open.

The possibility remains that many men could become homeless at the end of this month if a solution is not found.

The link for the article on CBC is: http://www.cbc.ca/news/canada/new-brunswick/salvation-army-shelter-in-saint-john-in-jeopardy-of-closing-1.2548385 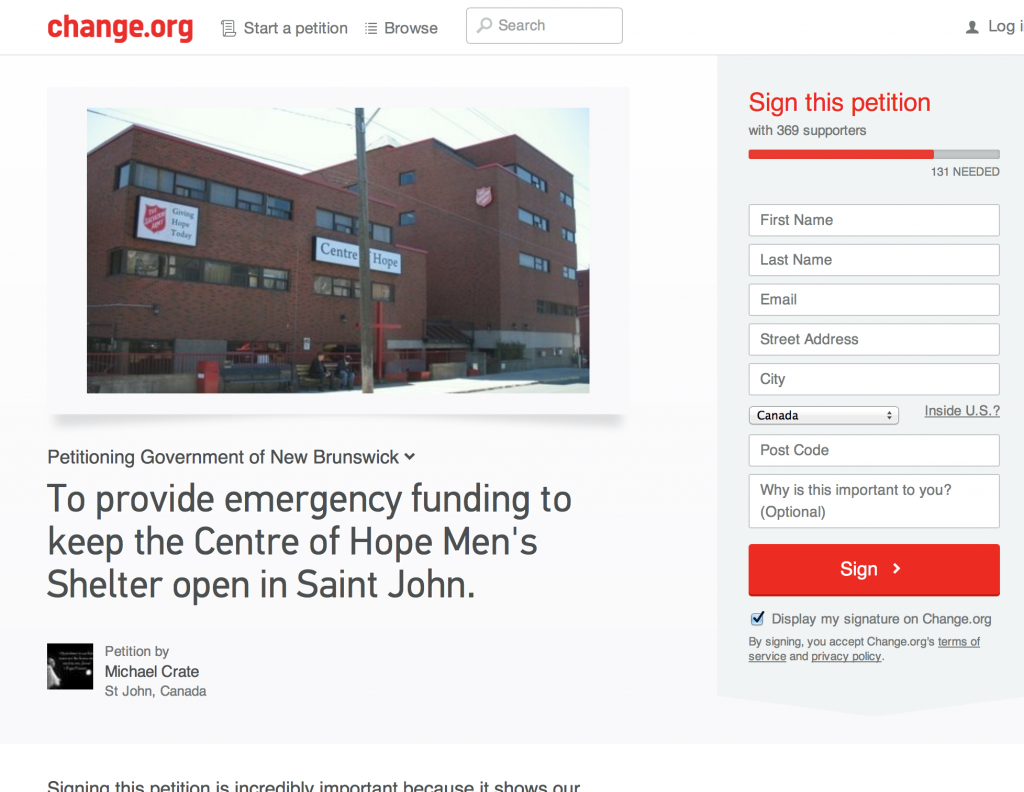