Perhaps this review is a little late, but the movie deserves a mention none the less. That Awkward Moment is the directorial debut of filmmaker Tom Gormican. It stars former High School Musical alum Zac Efron, Sundance Film Festival award winner Miles Teller and Michael B Jordan (who will play Johnny Storm in the upcoming Fantastic Four reboot).

This trio of best friends faces the awkward moments associated with dating and chasing women. The trailer itself promises some raunchy moments, including quick previews of Efron and Teller on cell phones the morning after popping Viagra when they are forced to deal with morning wood. It also has teasers of Efron dressed as a Magic Mike style stripper at a party where fancy dress does not equal costumes. Those are really the only scenes of gratuitous comedy, though and the movie turns out to be less “boys will be boys” and more “boys will fall in love with girls.”

In reality, That Awkward Moment is a chick flick dressed up like a bromance. This isn’t a problem though, as the movie is actually a fresh example of an old Hollywood cliché. Efron stars as a typical New York playboy, a nice guy who just likes his freedom. As soon as one of the ladies who are part of his “rotation” have the gall to ask “So… Where are we going with this?” he is out the door and replacing her with a new, however temporary, partner.

We know when Efron meets the bewitching Imogen Poots that their flirty banter is foreshadowing a change in Efron’s typical behaviour. And we aren’t disappointed. Efron first allows himself to chase Poots, hiding his relationship from his two best friends. The same two best friends that end up hiding their own adventures into romance from him.

What really sells the film is the dialogue. Teller’s womanizing character is amazing; he is both unlikeable and endearing at the same time. Some of the best rants (for lack of a better word) arise from his need to convince Efron and Jordan to avoid commitment, all while feeling the need to hide the relationship he develops with female wingman, Mackenzie Davis. Only Jordan’s newly separated character seems to be filler; his relationship with his estranged wife one dimensional and his growth predictable and, well, plain blah.

That Awkward Moment is the type of fun movie that makes for great third dates. Too suggestive (and in a way too honest about modern dating habits) for a first date, but not so sexy that it screams “we are knocking boots tonight.” It is full of laughs, a few poignant moments. It mixes them well, never taking itself too seriously. Definitely worth checking out. 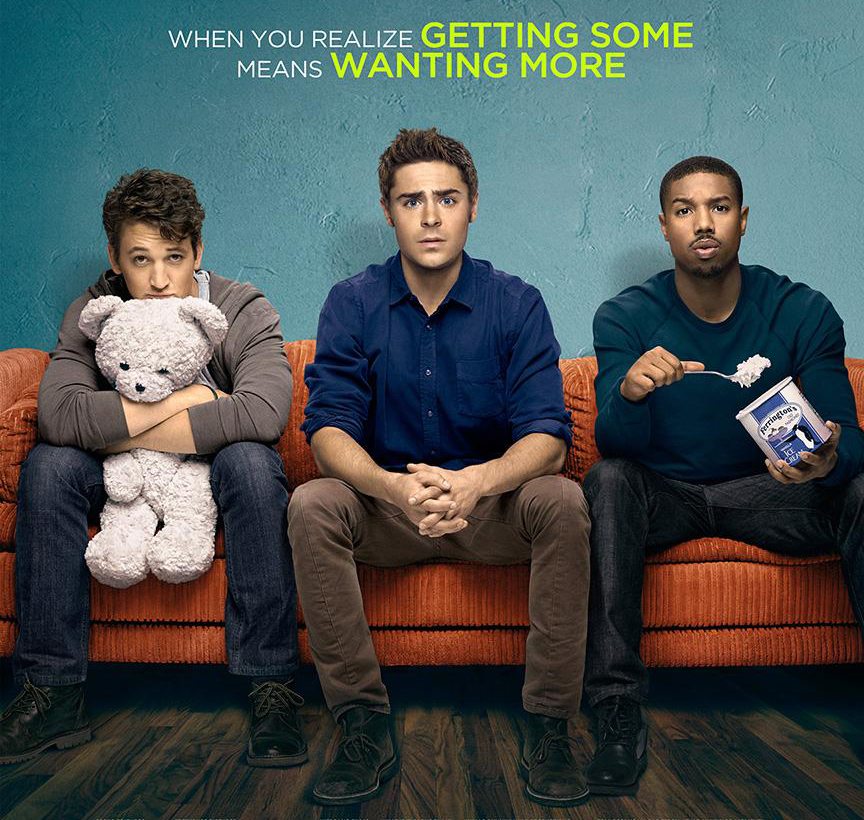