Another offering in the famous Lego entertainment franchise, The Lego Movie is a hilarious movie, well written and full of fantastic voice talent. Why? Why is a supposed kid’s movie so damn appealing to people of every age?

Phillip Lord and Chris Miller co-wrote and directed the mostly animated film. You may have heard of Lord and Miller’s previous work, including 21 Jump Street, Clone High, Cloudy with a Chance of Meatballs and they even wrote a few episodes of the hit TV series How I Met Your Mother. Lord and Miller know how to make funny- whether writing, directing or producing, they’re no strangers to making us laugh. The basic humour that any child finds funny is only multiplied in the many references and jokes made for those of us who are chronologically adult. Never has the theatre been filled with more genuine, heartfelt laughter.

Those of us who study literature or have a love for Joseph Campbell and his archetypal hero will be happy to find The Lego Movie as a perfect example for the monomyth, which Campbell explained as such “A hero ventures forth from the world of common day into a region of supernatural wonder: fabulous forces are there encountered and a decisive victory is won: the hero comes back from this mysterious adventure with the power to bestow boons on his fellow man.” (Joseph Campbell. The Hero with a Thousand Faces. 1968).

Emmet, our archetypal hero, starts in an ordinary world before receiving his call to adventure, he then faces a road of trials as the story progresses; he is faced with a serious and severe challenge only to triumph, receive his prize (his boon) and return to his ordinary world where he can share it with his friends and fellow citizens (application of said boon).

Coupled with the excellent writing is the incredible voice talent. From the opening scene we are greeted by the iconic Morgan Freeman as Lego seer Vetruvius; he is facing off against the evil Lord Business (voiced by Will Ferrell). They are soon joined by Chris Pratt (of Parks and Recreation) as our boring, common, everyday Lego protagonist; Elizabeth Banks (most recently seen playing Effie Trinket in The Hunger Games series); Will Arnett, best known for his portrayal of Gob Bluth on Arrested Development); Liam Neeson, Nick Offerman, Alison Brie, Charlie Day, Channing Tatum, Jonah Hill; the list goes on and on. There is even an incredible scene where Anthony Daniels and Billy Dee Williams reprise their famous roles from the Star Wars series.

The fun isn’t just in trying to figure out what star is voicing what character. These actors bring emotion to their animated on-screen counterparts. Coupled with the basic changes in facial expression, the actors’ voices allow us to feel the fear, excitement, awe, happiness and despair of these computer generated characters.

Part of the greatness equation of The Lego Movie also comes from the visual spectacle. The way the animators brought their vision to the screen is really just pure magic. The directors and animators truly harness the way Lego lives in our imaginations. Each scene could (almost) be recreated with real live people and locations, but has been brought to life using Lego building blocks. Completely computer generated Lego building blocks. Not stylized cartoons of Lego building blocks, in every scene you can see each and every individual block that makes up an item or background. Perhaps the greatest example of the masterful way it captures the essence of how immersive playing with Lego can be is during scenes set on a Lego sea. It is just mesmerizing.

The Lego Movie is not to be missed. Do yourself a favour and get to the theatres before it’s done playing. The experience, the humour, the magic, the talent and the writing all will transport you to a world of pure imagination for 100 minutes. It is worth the ticket price. Be warned though, seeing it once may not be enough! 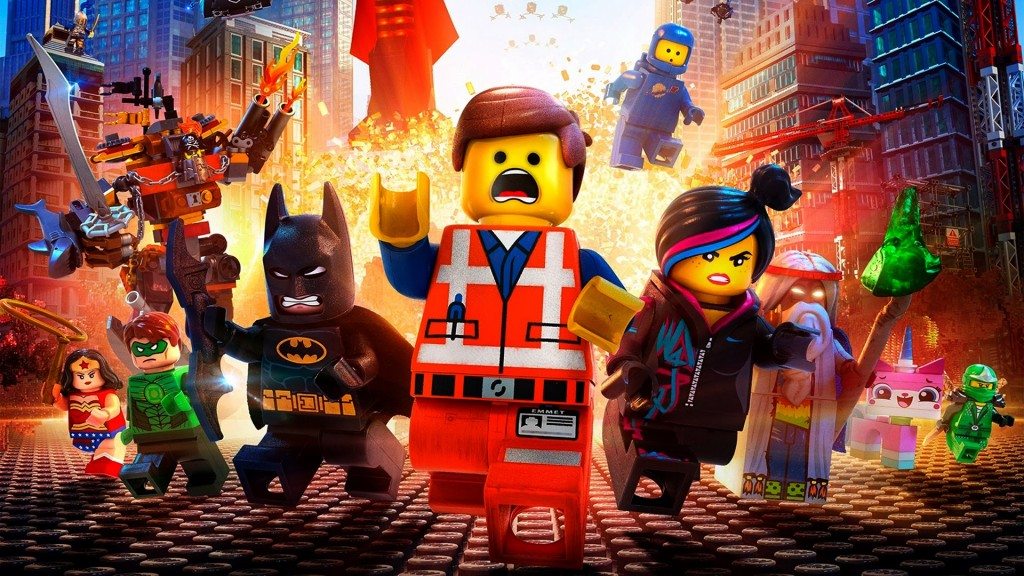