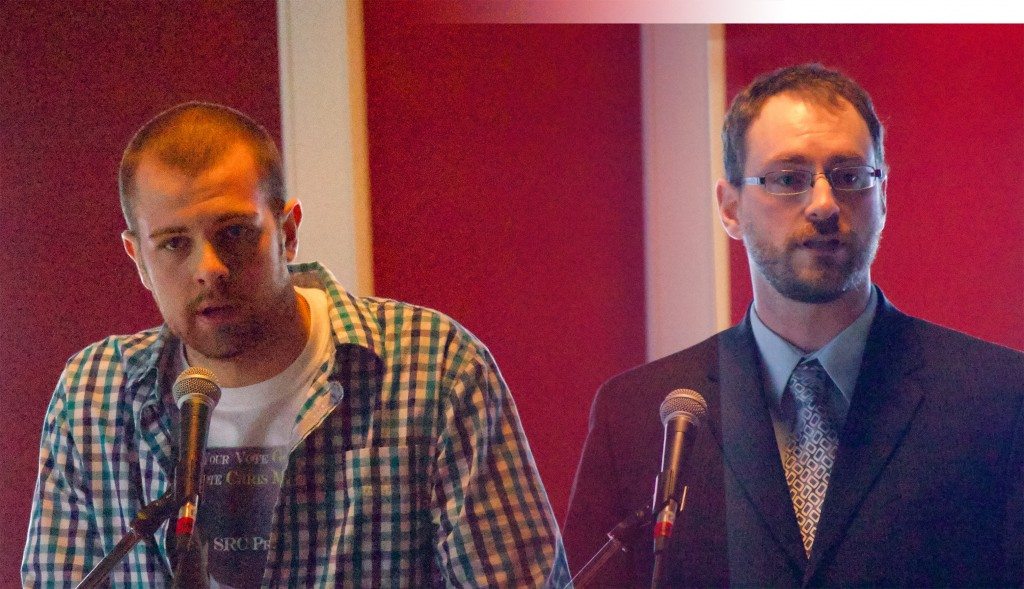 28.5 percent of students turned out for this year’s Students’ Representative Council election, which voted to elect the executive and councilors who would represent them in the coming academic year.

Elected to the president position was Chris Mahar, who beat incumbent president Ashley Macosky with a vote split of 381 to 338. Mahar staked his name on three priorities during campaigning which he wants to see happen this coming year, including creating 50 jobs for the students of UNB Saint John through partnerships with alumni and businesses in the city.

Jon Cogger was successfully elected to the position of vice president external beating out Adam Smith for the open seat. Cogger received 381 votes over Smith, who only received 302 votes over all. Cogger’s focus in the coming year will be on advocacy, as well as eliminating the ability for student leaders to hold office for more than one term in the SRC.

Incumbent Jen Brown was reelected to the position of vice president student affairs over Mosab Alhabshi receiving 415 votes to 364. Brown is committed to the student experience and says she will continue to work hard for the students on orientation and with the clubs on campus.

The other positions that were filled for this coming academic year were Katherine Miller and Jordan Tracey as representatives of the department of science, applied science and engineering.

Alex Carpenter was elected to the position of social representative and Colin Ougler and Megan Rathje rounded out the newly elected council filling the two arts representative seats.

Macosky was elected to the board of governors.

The results, as well as the breakdown of the voting demographics, can be viewed by logging in to your e-services.