The Bible epic tends to come and go at intervals with varying degrees of success. Cecil B. DeMille’s epics lasted between three to four hours and inspired a whole “sand and sword” genre. Martin Scorsese’s The Last Temptation of Christ angered religious groups over showing the idea of Jesus abandoning his mission and sired children. Mel Gibson’s The Passion of the Christ provoked controversy over excessive torture and alleged themes of anti-Semitism.

Directed by Darren Aronofsky, Noah is a stellar adaptation of the Genesis story that has compelling performances, impressive visual effects and relevant themes. It does not feel like a Hollywood Bible epic, but more like a character study. The film also marks Aronofsky’s first studio production, because he has opted to work independently on films like Requiem for a Dream, The Fountain, Black Swan and The Wrestler.

The story focuses on Noah, played by Russell Crowe and his family trying to survive in a harsh environment populated by warring cities and bloodshed. Having seen his own father die, Noah strives to protect his wife Naameh, played by Jennifer Connelly and their sons, Shem, Ham and Japeth. The film’s vast desert setting is also home to large rock creatures called “The Watchers;” they are fallen angels who were condemned to Earth for trying to help mankind. Noah finds a young girl named Ila and raises her as his own daughter.

After having disturbing visions of floods, Noah learns from his grandfather, Methuselah, played by Anthony Hopkins, that mankind will be wiped out from the face of the Earth. He realizes that he has to save all species of animals by constructing an ark. As the family builds the vessel, they must contend with impending disaster, the responsibility of Noah’s mission and their own conflicted feelings.

Russell Crowe portrays Noah as a man of strength at a time of internal struggle. Rather than the kind old man archetype, this interpretation of the character suffers moments of crisis over whether he is capable of carrying his burden of surviving the flood. While some might argue he goes over the top, Crowe succeeds in showing how the responsibility would affect Noah and leave him with survivor’s guilt.

The supporting cast delivers effective performances. Having worked with Aronofsky on Requiem for a Dream, Connelly’s Naameh provides steadfast love for her family but expresses concern over Noah’s behavior. Her strongest scene comes after the flood in which she vents her long-festering emotions to him. Emma Watson’s Ila is one of the strongest characters, because she feels her barrenness makes her unworthy to be married.

Douglas Booth plays elder son Shem as a young man who is devoted to El yet capable of holding his own. Logan Lerman plays Ham as the frustrated son who questions his father’s authority, wondering why God has not provided him a wife. Ray Winstone adds a strong antagonist as Tubal-Cain, but his savagery tends to place him in stock villain territory. Finally, Anthony Hopkins provides humor and a sage-like wisdom as Methuselah, an aged mountain man whose strong passion for berries provides a light comic touch.

Interestingly, the plot does not feature God as a character, nor is He heard in the film. He is only alluded to in the dialogue as “the Creator.” The Watchers are the only ones who describe their relationship with God, feeling remorse for having disobeyed His word. Aronofsky (who was raised Jewish but identifies as an atheist) has gone on record to say that Noah is meant to be an environmental story with universal themes.

Matthew Libatique’s cinematography is beautifully lit, especially in the film’s opening scene depicting the Fall of Man and rapid-fast, lapsed time montages. The resulting images are stunning and vivid in their detail. Clint Mansell provides a somber musical score, which appropriately underscores the story’s content.

Noah is a far different movie from Bible epics of years past and it is very distinct from anything that Aronofsky has ever done. This is one of the year’s finest films. 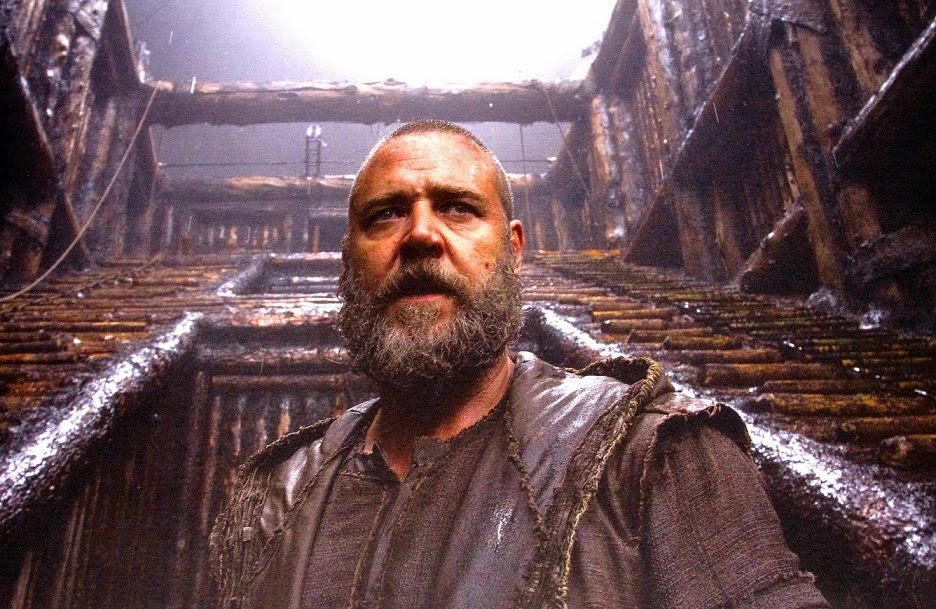