The UNB Saint John-Students’ Representative Council (SRC) Winter 2014 Election has been a subject of great debate among candidates and UNB Saint John students alike. Rumours that some candidates were disqualified, and reinstated caused confusion among students. Finally, after some investigation, The Baron is setting the record straight.

It comes as no surprise that this year’s UNB Saint John – SRC Winter Election has been controversial to say the least. UNB-SRC’s Chief Returning Officer, Eric Ofosu-Asare, agreed to an interview to clear things up for students.

Upon being asked if he could disclose the names of the candidates that were disqualified and later reinstated, Ofosu-Asare says, “I can, but at the moment, it’s not relevant because they were reinstated. […] Let’s say that the whole election no one was disqualified. Some were due to some reasons, due to regulation reasons. But afterwards, dealing with appeals, they were reinstated back. So I don’t think that providing their names and knowing that information now would be relevant.”

The disqualified candidates shall remain nameless at the CRO’s request. What can be said is that three of the four reinstated candidates were elected as members of the SRC.

In Section C: Campaign Regulation Violations of the Campaign Regulations Winter 2014 Election document, “any act of campaigning outside of the campaign regulations without permission from the CRO” necessarily results in the candidate’s “automatic disqualification.” The CRO confirmed that the disqualified candidates had campaigned outside of the campaign regulations—though he emphasized that the violations were electronic.

Section D: Election Appeals of the Campaign Regulations Winter 2014 Election poses a further problem. It states that, “The CRO must come to a decision with the SRC Office Manager within twenty-four hours of the appeal submission.” This document is contradictory to the Student Representative Council Policy Manual. In the Elections section, under the subsection for Election Appeals, it clearly states that, “Election appeals must be submitted in writing to the Appeals Committee within seventy-two (72) hours of the election close.” It later states, “The Appeals committee consists of any 5 members of the student body apart from those on the elections committee.” As the CRO stated in his interview, only himself and the UNB-SRC Office Manager reviewed the appeals filed by the disqualified candidates. Without the aforementioned Appeals Committee, the decision to reinstate the accused candidates is violating the Student Representative Council Policy Manual though it complies to the Campaign Regulations Winter 2014 Election document.

At least one appeal has been made challenging the disqualified candidates’ reinstatements, addressing the issue that a policy in the Student Representative Council Policy Manual was not followed. This could mean our incoming SRC members may very well change. The Student’s Representative Council Policy Manual is still binding and the CRO is expected to follow its policies. Considering the three elected members of the incoming SRC that were disqualified and reinstated, half of the elected members could very well be disqualified (again).

The CRO concluded the interview with a message for UNB Saint John students, “All I want to clarify is, when a student gets disqualified no one should panic. Voting should go on as usual. Before an election ends everything will be resolved.”

Despite Ofosu-Asare’s assurances, two weeks have passed since the SRC 2014 Election and few of the complications surrounding it have been resolved. It seems as though this election may not yet be over. 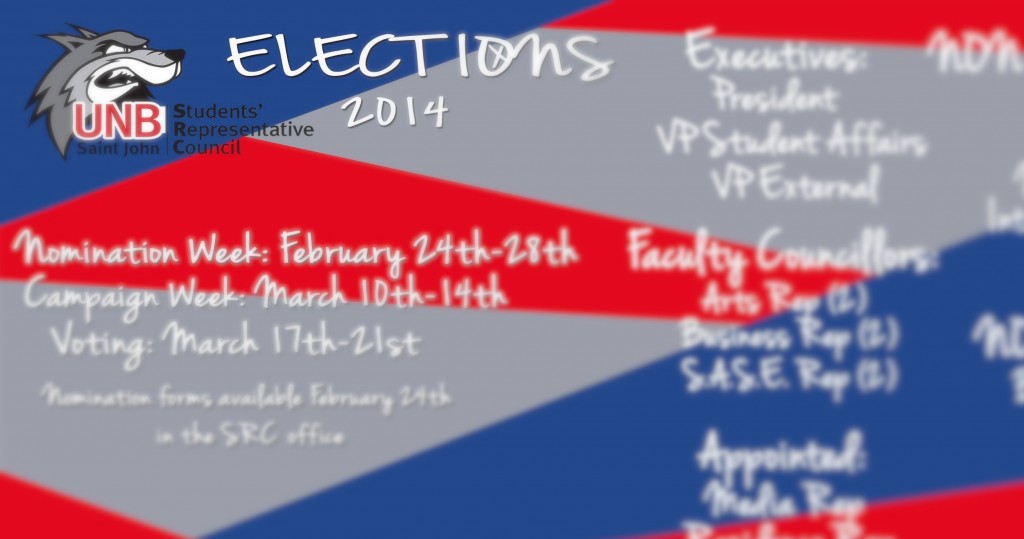