Since his 1941 debut, Steve Rogers/Captain America- has been seen as a patriotic boy-scout. Created during World War II, he was intended to inspire hope and boost morale among Americans, which made him more of a jingoistic symbol than a character.

Captain America: The Winter Soldier succeeds in making the character believable, while delivering a sequel to Captain America: The First Avenger. It is Marvel Studios’ first thriller that evokes real-world themes of betrayal, espionage and terrorism.

Two years after The Avengers, Steve, played by Chris Evans, is living in Washington, D.C. and leading covert missions for the S.H.I.E.L.D organization. He struggles with being a man out of time and the knowledge of having left his loved ones behind in the 1940s. After defusing a tense hijacking incident, Steve confronts S.H.I.E.L.D director Nick Fury, played by Samuel L. Jackson, over the dishonest nature of the organization’s withholding secrets from its own members. Meanwhile, Fury is facing pressure from S.H.I.E.L.D official Alexander Pierce, played by Robert Redford, over a program called Operation Insight.

S.H.I.E.L.D is compromised when Fury is nearly killed by the Winter Soldier- a mysterious figure who was thought to exist in myth. Deciding he can trust no one, Steve goes off the grid, teaming up with Russian spy Natasha “Black Widow” Romanoff, played by Scarlett Johansson, and army veteran Sam “The Falcon” Wilson, played by Anthony Mackie. Their efforts to avoid S.H.I.E.L.D are complicated by the Winter Soldier, who has a connection to Steve’s past with major ramifications.

Chris Evans portrays Rogers with integrity and conflicted feelings. He has the look and physicality of a young man, but his body language and quiet demeanor are those of a veteran struggling to readjust to society. Having been unconscious for decades, he learns that the world is not as black and white as he once thought. Evans is in top form as Captain America when he performs the majority of his stunts.

The supporting cast delivers effective performances. Johansson projects strength and vulnerability as Black Widow and proves she can hold her own in a fight. As the Falcon, Mackie gives a likeable charm to Evans’ leadership and adds to the diversity of Marvel heroes. Samuel L. Jackson is enjoyable as Nick Fury, because he gets to chew scenery and show off his physical side. Even Cobie Smulders makes a solid impression as Agent Maria Hill, Fury’s stoic protégé and right-hand woman.

It is Robert Redford and Sebastian Stan who steal the show. Playing against type, Redford shows an intimidating presence as Pierce, a man whose actions keep the viewer guessing as to what his real intentions are. Stan portrays the Winter Soldier with an air of intensity and quiet menace. However, the majority of his performance stems from his body langue and facial expressions, which makes the plot twist very unsettling.

Directing team Anthony and Joe Russo have stepped up from helming the television show Community to feature films with relative ease. Like Community, the film has a number of jokes and pop culture references that are expected to amuse theatregoers, including a hilarious in-joke to Pulp Fiction. However, it does have a solid tone that harkens back to 1970s political thrillers, the James Bond spy stories, and the Jason Bourne series. The action set pieces are impressive on a visual scale, and the theme of “the enemy within” offers a welcome break from disfigured villains or alien invaders.

Captain America: The Winter Soldier is a solid addition to the Marvel Cinematic Universe. It is one of the best comic book film adaptations to date. 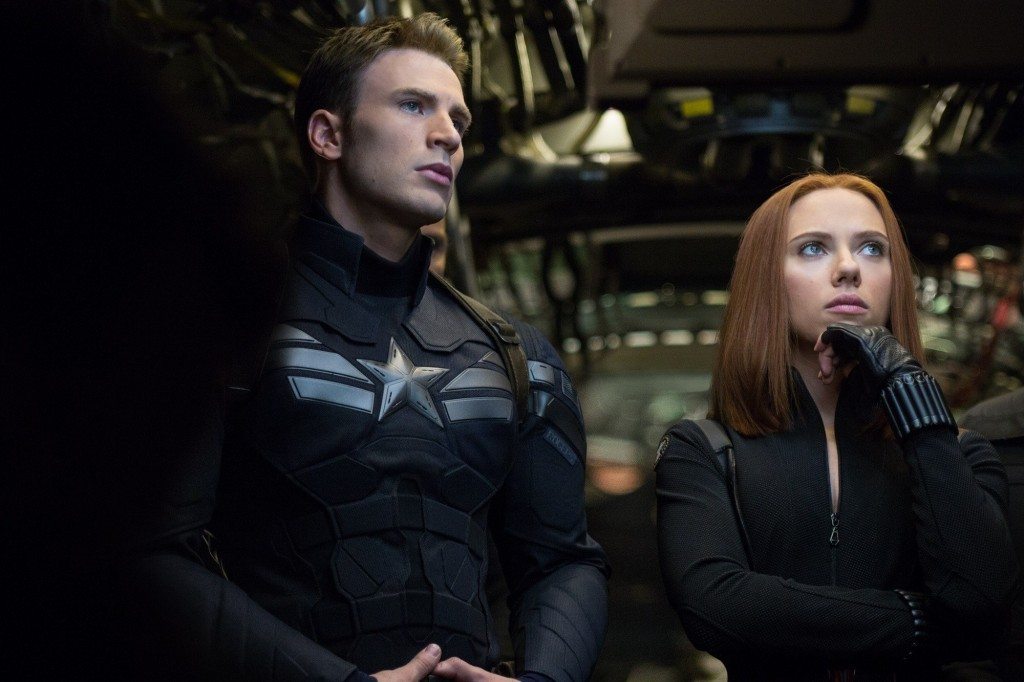