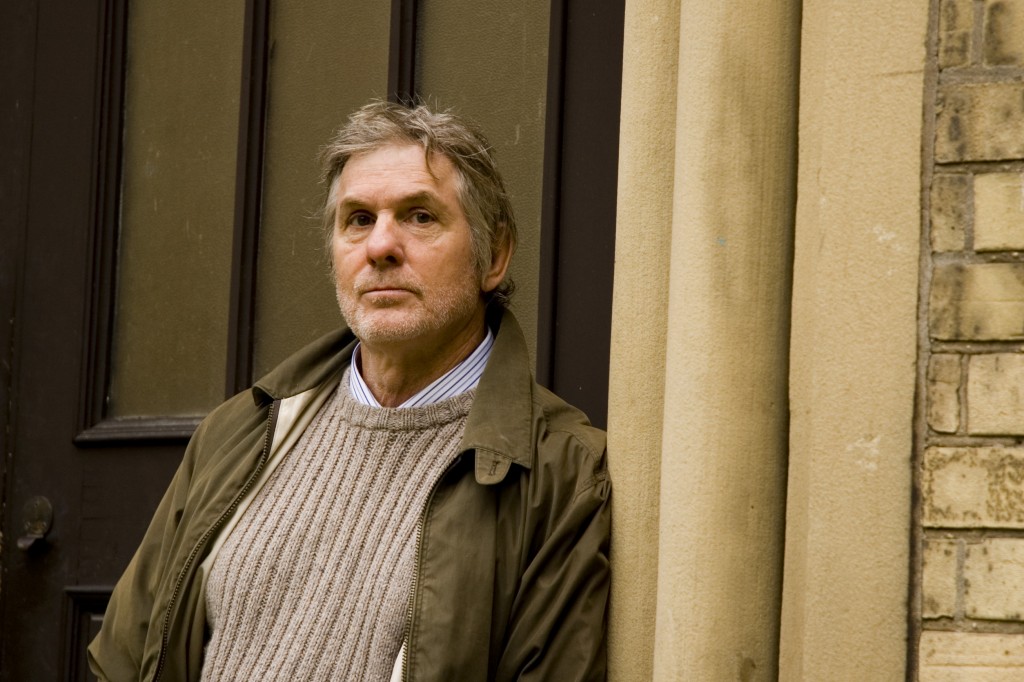 On Thursday, Sep. 25, New Brunswick’s own David Adams Richards read as a part of the Lorenzo Reading Series. Richards read an excerpt from his latest book, Crimes Against My Brother, which is about heartbreak, love, acceptance and finding yourself.

The section that David read from Crimes Against My Brother was about one of the brothers’ sons Liam, who is 12-years-old and friendless. It is hard to summarize a book such as Richards’ most recent endeavour, seeing as there is so much that happens throughout it and the characters all undergo extreme changes.

In short, Crimes Against My Brother, set in a small community near Good Friday Mountain, is about cousins Ian, Evan, and Harold who are 15-years-old in 1974 when the text is first set. On the brink of manhood, the trio already understand the everyday struggles of growing up, and relying solely on each other. After becoming lost on the side of the mountain and almost freezing to death due to a grueling winter storm, the three cousins make a pact to never rely on the God who let them down again.

The book explores the struggles that these three boys experience, not only in their relationships and acceptance of one another, but also in their acceptance of themselves.

Though it was coordinator Alison Hughes’ first time organizing the Lorenzo Reading Series, it was a definite success. Approximately 160 students and fans attended the reading, eager to hear Richards read from his latest book.

The audience was completely engrossed with the heartrending reading. Even Richards became chocked up at points, having to stop on occasion to gather himself. Many members of the audience began to cry, due to the emotions expressed during the reading, and the moving subjects that were brought up.

Expressing his connection to each one of the characters in Crimes Against My Brother, Richards explained that they are all composites of people he knows and of himself.

When asked about himself and his books, David Adams Richards seemed embarrassed in a way, maybe due to all of the fans that were in attendance and the overwhelming attention that he was getting. Despite his initial unease, David Adams Richards provided amazing answers to the questions the Baron asked.

When asked how he finds inspiration and themes for his books, Richards explained that after writing a total of 27 books it can be hard to find inspiration. He often uses events that have happened to him that he felt he had to write about.

When asked if the characters are semblances of himself, David said, “All of the characters have parts of me in them. You cannot breathe life into something if it doesn’t resemble you. All of the events have happened to me or people I know.”

Richards shared that the writers who have influenced him and his writing are, “Tolstoy, Dostoyevsky— but more from a philosophical stand point. That is you have to agree with someone to admire them in a way.”

To those who are aspiring writers, David Adams Richards says the key to being a success is to, “write how you feel not how someone tells you, you should feel.”

With brilliant advice and brilliant books to show for it, David Adams Richards’ Lorenzo Reading was a fantastic experience, and needed to be shared with those who could not attend.