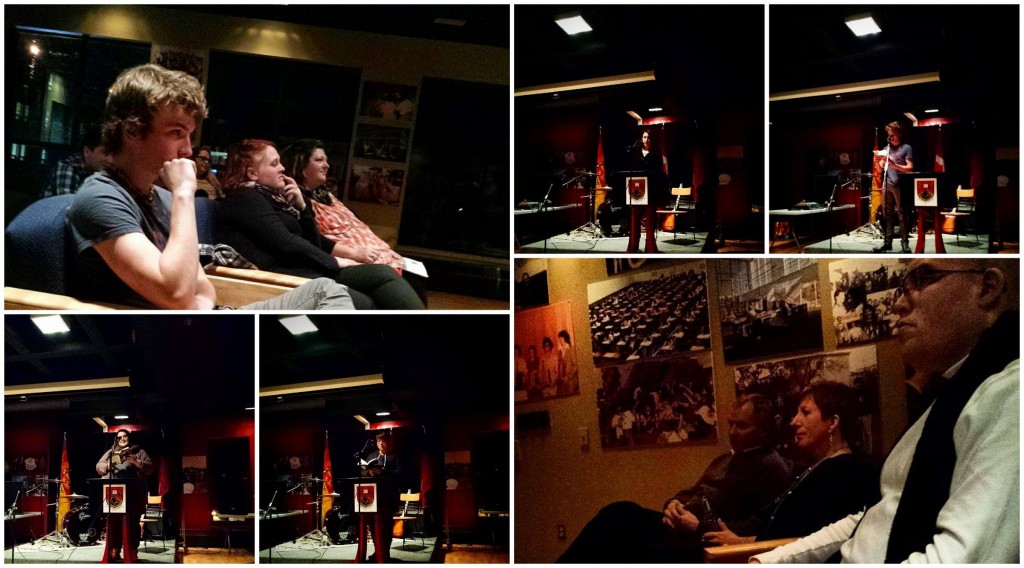 This year commemorates not only UNBSJ’s 50th anniversary, but also the 13th publication of the Vox Student Arts Annual. Vox, as a part of the Lorenzo Society— which does the reading, music, and arts series—publishes a book of student-only artwork, poetry, and prose every year.

Vox’s new Editor Kyle Roberts has decided to mix things up this time around by providing student artists with a small prompt to interpret any way they like: one of seventeen steps of Joseph Campbell’s monomyth.
Despite all the changes being made to the Vox layout, Roberts feels that, “Participation has been ten fold what it was in years previous–it feels like we’ve actually built a small art community on campus that hasn’t existed until our daily, open meetings and editing sessions.”

Roberts, excited for the upcoming publication, added that he is “completely confident that because of the participation that this year’s Vox will be one of the best looking issues we’ve ever produced.”
The first Vox coffee house of the 2014/15 academic year was a success. On Friday, Nov. 21, students snuggled up in the White Bone Lounge for the event, which began at 9 p.m. Student readers shared “inspirational pieces,” poetry or prose that had inspired them to create art themselves.

After a short intermission, musicians then had the chance to perform some of their favourite songs. The campus bar, Howlers, served those in attendance drinks throughout the evening.

Despite the fact that Vox was competing, for the first hour or two, with the beginnings of a pub crawl, Editor Kyle Roberts was pleased with the turnout, stating that, “we could have done a better job advertising and planning, but the twenty people who showed up were happy they came and it was one of the best readings I’ve ever been a part of.”

First-year student Rachel Friars, one of Vox’s many first-year participants, attended the coffee house and thought that it was, “extremely fun and relaxing, with so many great talents and incredible pieces that were read.”

Maybe it was the dim lighting, or the happy mood permeating the Whitebone Lounge, but the atmosphere of the coffee house was pleasant and warm. Blustering with creative and cheerful minds, the Vox event hosted students who had submitted previously as well as a slough of new faces.

Laughter, music, and poetry could be heard (after the pub crawl caught their bus) down the hall, all the way to the Baron office and to the cafeteria below. Small crowd aside, it is clear that a lot of love and energy is going into making this year’s Vox the beginning of a community— one that UNBSJ needs.