This year’s One Campus, One Book, One Community selection is George & Rue by George Elliott Clarke, a well-known poet, playwright and professor of English at the University of Toronto and is currently serving as Canadian Parliamentary Poet Laureate.

The UNB website states that “The purpose of OCOBOC is to provide a common experience for all first-year students and to strengthen the sense of community and academic atmosphere from the first day students arrive at UNB Saint John.”

Prior to sharing my thoughts, one thing needs to be established for the common reader who may be considering grabbing a copy of George Elliott Clarke’s novel George & Rue; it is not for the faint of heart. The book features graphic scenes of violence and gore, smut and profanity, and it has the potential to leave readers reeling if they start reading expecting a tame tale of two troubled brothers. Yet it is the dark, at times even sickening, nature of the story that makes it so beautiful.

You see, while just about anyone can write a fantastical piece of fiction, the real challenge for a writer is telling a story that feels real. George & Rue accomplishes this difficult task in a way different from anything I have ever read before, because not only does it tell a story that feels realistic but it tells one that is dark, gritty and cruel. Up until I read George & Rue, all of the other works of fiction based upon true events that I had read were all reasonably happy, positive stories, like Marley & Me. Needless to say, this book was quite different from John Grogan’s narrative about his rambunctious dog.

Clarke does not sugarcoat the events in his book; he describes the murder that takes place brutally and vividly, because murder is a brutal and horrific act, and the “love” scenes do not shy away from the use of dirty language because, in reality, sex is far from pristine. Clarke’s realistic approach to the story of George and Rue Hamilton is a refreshing and interesting read in a world full of modern literature that shies away from showing just how brutal and lusty humanity can really be.

But George & Rue is more than just a realistic tale of sex and murder. If that were all it was, it would be no different than just about every crime scene investigation show that you can find on television these days. I personally found reading the novel to be a good enough reason to turn off NCIS (which is really saying something since I love NCIS), because I absolutely adored the stylistic choices that Clarke makes in George & Rue.

The language used in the book is strongly lyrical, showing off Clarke’s poetic roots. Spanning both ends of the spectrum from happy to horrific, readers will find pleasant poetry-like moments in the novel, such as the little ditties that the brothers sing about their girlfriends, as well as the ghastly yet beautifully written murder scene. Phrases like, “to make his skull a bloody egg, smashed open like a piñata, consciousness seeping out, sparkling” practically beg to be read aloud and so, for a person who thoroughly enjoys reading poetry, reading George & Rue was a truly wonderful experience. 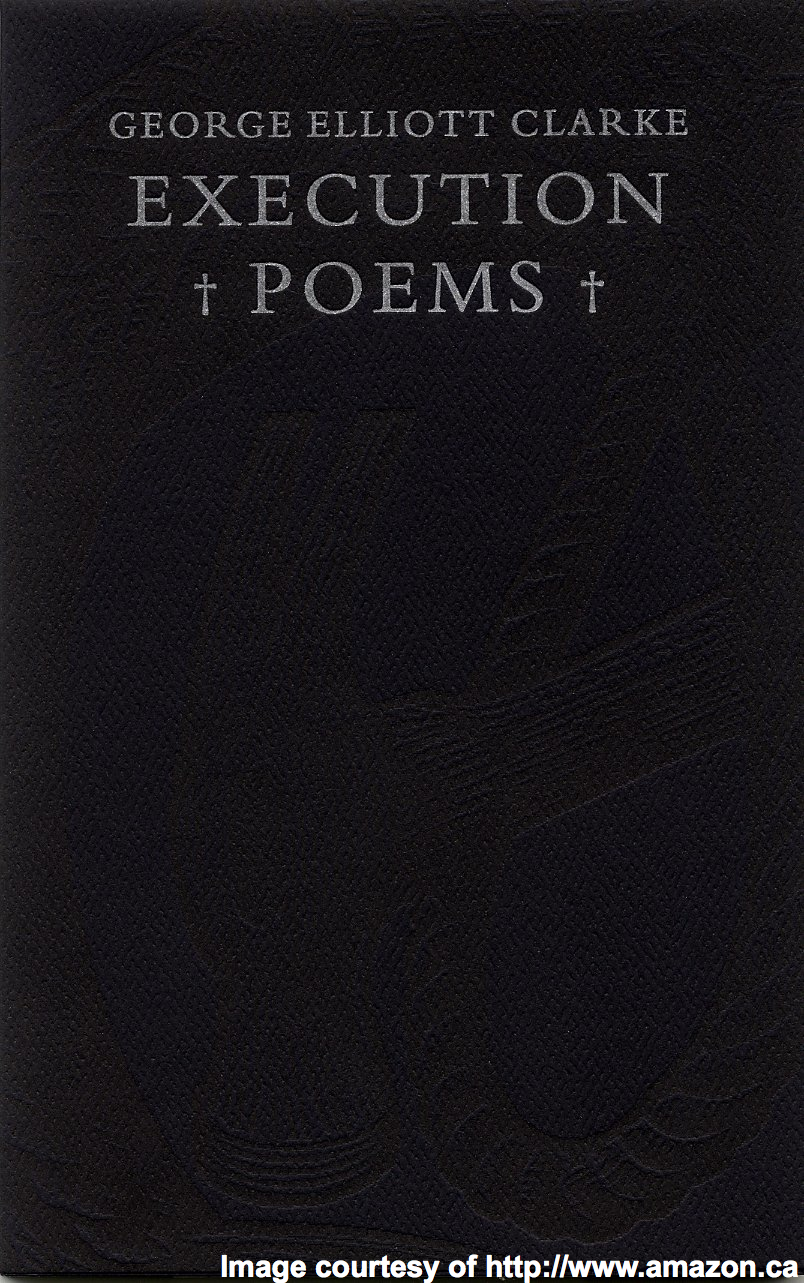 Clarke (former Toronto poet laureate, now parliamentary poet laureate) tells the story of late his cousins, George and Rue Hamilton, who were born and raised to an extremely poor family in Halifax, Nova Scotia, in the 1920s. The book recounts, in a story of equal parts research and fiction, how the brothers went from being wide-eyed, admittedly mischievous boys, to becoming the vicious murderers that the public perceived them to be in the 1940s when they bludgeoned a taxi driver to death with a hammer.

George & Rue tells a side to this well-known piece of Maritime history that would otherwise go untold; it gives reason to why the Hamilton brothers killed that taxi driver in Fredericton on a cold winter night in the 40s. It doesn’t justify the murder, by any means, but rather it begs readers to understand, to even sympathize with these men. I think that is why the ending of Clarke’s book hit home so strongly for me. When you realize that the protagonists are not merely fictional characters, but two young men who really existed and suffered the brutal cruelty and poverty found in the pages of Clarke’s book, you stop and think, “What would I have done were I in their situation? Would I really have acted any differently?”

Both George & Rue and Execution Poems (Clarke’s collection of poetry inspired by the same true events) can be found in the campus bookstore along with several other poetry collections written by George Elliott Clarke, including I & I, a narrative lyric suite about two young lovers that is set in the 1970s (which I highly recommend; I read it and it was fantastic), and Red, a collection of poems with the common thread of the colour red. George & Rue is also available at the Information Desk in the Hans W. Klohn Commons.