Dr. Greg Marquis, author of Truth and Honour: The Death of Richard Oland and the Trial of Dennis Oland, launched his latest work Thursday night with a reading followed by a question and answer period at UNB’s Grand Hall.

Marquis’ book provides a comprehensive account of the gruesome 2011 murder of former Moosehead beer magnate Richard Oland and the subsequent murder trial of Dennis Oland, his only son.

Offering a rare glimpse into the private life of one of New Brunswick’s most privileged families, the trial has captured the public’s attention and continues to inspire rampant rumour and speculation across the Greater Saint John area and the country at large.

Marquis kicked off the event by reminding the hundreds of audience members in attendance of the extraordinary circumstances of the trial which inspired him to pen the book. Specifically, Marquis cited the incredible length and scale – over 5,000 potential jurors were issued summons – of the legal proceedings as justification for the thorough treatment received in his work.

Not surprisingly, Marquis also spoke of the prominence of the Oland family and the extensive media coverage their conspicuousness inspired as well as how that contributed to the importance of the case.

The national significance of the trial was not lost on Donaldo Canales, a PhD candidate in Forensic Psychology, who explains that requests for information from friends and family in his native province of Saskatchewan initially piqued his interested in the case.

“Here in little Saint John people out west were talking about it [the Oland trial] and asking me questions about it, so I thought I had to inform myself on the trial,” Canales explained. 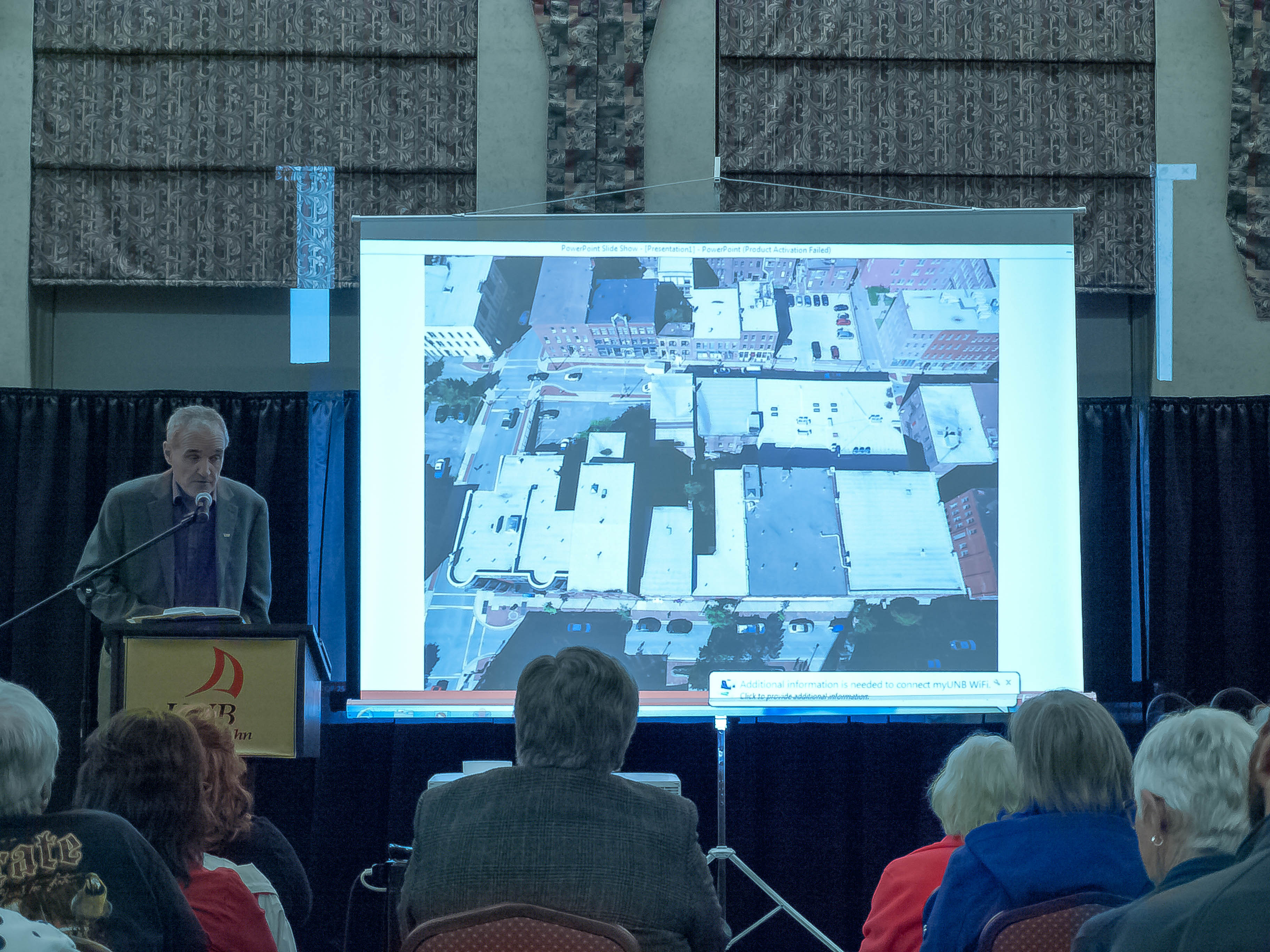 At the event, Dr. Marquis also read a number of passages from his new book before fielding audience questions. One question that Marquis refused to answer, however, was whether he believes Dennis Oland is guilty. Rather than drawing definitive conclusions, Marquis hopes the readers will challenge themselves to develop their own opinions regarding the case.

“I broke the cardinal rule of academic writing, I have no conclusion. I’m in search of an answer. Actually, I’m hoping the reader will supply their own conclusions.”

Marquis adds that the ambiguity of the case is what truly makes it interesting.

“One of the challenging things about this case is that there is all sorts of countervailing evidence, back and forth and back and forth, that’s sort of what makes the case very intriguing, so it’s an open ended thing [the book]. It’s a different approach.”

Despite the guilty verdict handed down in 2015, Dennis Oland’s legal saga is far from over as his lawyers will be before the Supreme Court of Canada on October 21 as they attempt to appeal a New Brunswick court decision to deny him bail while he appeals his original conviction.

While Marquis laments the challenge of writing a book and teaching full-time, he indicates he would continue to follow the Oland case and may even update the Truth and Honour e-book based on the results of the latest legal proceedings.