**Please note, an earlier version of this article misspelled the President elect’s last name due to a coding error in the browser used. This was not our intention.**

No matter what conspiracies and loopholes you may have read about on your Facebook news feeds, Donald Trump will be the next president of the United States of America despite losing the popular vote to Hillary Clinton.

After the election results were unveiled, The Baron sought out students and professors here at UNB Saint John to hear their thoughts and gauge their current state of well-being.

Professor Margaret Anne Smith of the English department laments that Trump was elected, stating, “Trump is…a man who has spent his life motivated by limelight, ambition and the hunger for money and power,”

“To gain the presidency, Donald Trump has fanned the flames of anger, fear, hate, racism, misogyny and general contempt for any kind of diversity.  He has dismissed scientific evidence (for climate change) and shown scorn for the very kind of civil debate and respect for difference that generations of democratic American leaders have worked so hard to cultivate.”

However, not all hope is lost for Smith. She said, during these times, she reflects the words of Toni Morrison : 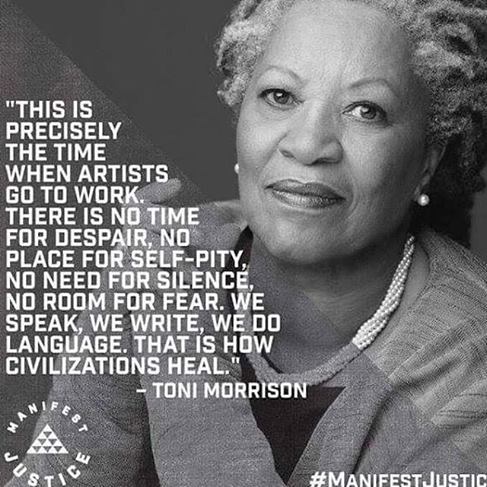 He says, “The election of Trump is not good for Latin America. His overt racist comments about Mexicans not only horrified Mexicans, but all Latin Americans, as a survey of the continent’s press indicates.”

Whitney refers to the many press headlines that were seen on Wednesday in Mexico. One of which, in El Universal, referred to Election Day as “black Tuesday”, El Economisto called it a “nightmare” and news-magazine El Grafico went with a simple “Fuuuuck!” on their front page.

Whitney considered how Trump’s foreign policy juxtaposed with that of the current president, Barack Obama, stating the following:

“Cuban-US relations improved greatly under Obama, though considerable tensions were evident under the surface. With Trump, his erratic personality, his total ignorance of Cuba and about the rest of Latin America, could turn the clock back on US Cuban relations by decades.”

“His economic isolationism will provoke considerable tension with (Latin American) countries, but it will also not work,” Professor Whitney continued.

Many students reflected the anger of Professor Smith and Professor Whitney. Angela Mullin, a second year arts student at UNB Saint John, echoed many of the same sentiments. “I think that, although Donald Trump is undeniably a sexist, racist, misogynistic individual–he is not the only issue that needs to be reevaluated.”

“I do not understand why the United States uses the electoral college system to decide the Presidency, when many countries use the plurality system with success,” she continued.

“I find it frustrating that third parties are not allowed to compete in debates–and even the debates that are held are so scripted that they are void of any valuable content that might help voters make their decision.”

“America had [one of] the most qualified candidates ever to run for president and instead they chose the host of a reality show.”

“My heart is broken for minority groups across the country,” Floyd continued, “the world took a huge step back (on November 8). Millions of people now fear for their lives. There’s nothing funny, there’s no silver lining, I just don’t even know what to think anymore.”

However, there were responses that didn’t only reflect what happened to America on election day, but how such an occurrence as Trump-America came to be.

“I think some serious and hard introspection is on the docket for both parties in the coming months (and likely years). Namely, the Democrats will have to ask themselves how they nominated a candidate like Hillary Clinton, who had considerable experience and was well connected politically, and still manage to lose to a candidate with little to no experience,” reflected Political Science Professor Julia Calvert.

“I think this election will force party members to reevaluate their assumptions about the American electorate and electoral politics,” she continued,

“whether the result will be good (change the way they ‘politic’) or bad (learn the benefits of divisive politics as we see happening elsewhere) will remain to be seen.”

All can agree on one thing, however: that the next four years will be anything but usual.