February is Black History Month and in keeping with the month’s theme, the SRC has planned a week of events promoting black history awareness that will take place from February 20th – 24th.

On Monday, February 20, the SRC will be hosting a Celebrate Diversity Event at noon, in front of Tim Horton’s and throughout the tunnels to launch the week’s events.

“We’re going to be walking through the tunnels promoting the event, and we’ll have a board up where students can write what ‘diversity’ means to them,” Kjeld Conyers-Steede, VP External of the SRC, explains.

He also states that, “[the SRC] want diversity to be something that is celebrated on campus, because UNBSJ has such a richly diverse population.” 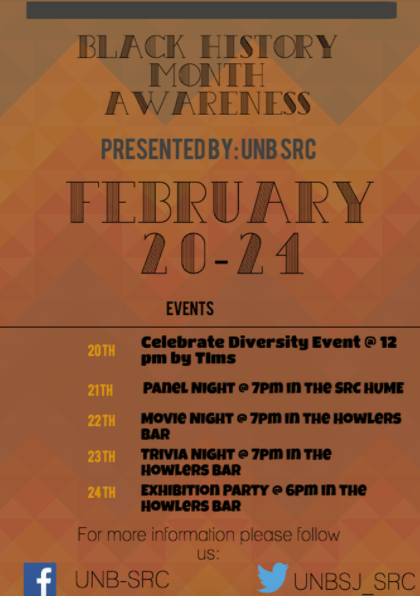 continues on Tuesday, February 21, with a panel discussion in the SRC Hume at 7:00pm. Both local and international students are highly encouraged to attend this event.

“The [panel discussion] will provide a safe space for students to express their concerns and give their input on what it’s like to be part of a marginalized group,” Conyers-Steede states, adding that it “also is designed as a sort of educational session for people who may not know why Black History Month exists, and why such awareness campaigns are so important.”

On Wednesday, February 22nd, there will be a movie night at Howlers. The film shown will be the Oscar-nominated Hidden Figures and snacks will be provided. Hidden Figures is a biopic of sorts, telling the story of three black women who were mathematicians working at NASA in the 1960s but are often overlooked in history’s recollection of the moon landing.

Thursday, February 23 promises more fun at Howlers when the SRC hosts Trivia Night at 7:00pm. Who doesn’t love trivia? Come out, learn something new, and have some fun!

Finally, there will be an Exhibition Party starting at 6:00pm on Friday, February 24, also taking place at Howlers, to wrap up the week’s events. Conyers-Steede explains that the bar will be transformed into an art gallery of sorts, where various pieces of artwork will be showcased that feature aspects of Saint John’s black history. 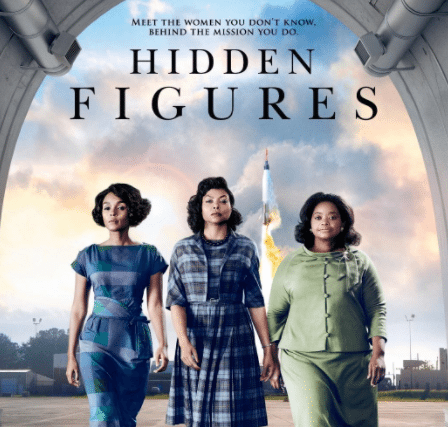 Events like these would have been planned solely by the International Department in the past. However, because doing so would be difficult now that the department has lost one of its international student advisors due to budget cuts, the SRC has stepped in to help plan this year.

“We have partnered with the International Department to host events and campaigns that focus on helping international students feel included and celebrating the rich diversity on our campus,” Conyers-Steede tells The Baron.

Regarding why the SRC has chosen to pursue this partnership, he states that, “We as an organization believe that it is important to be the catalyst when it comes to encouraging students to learn about other cultures.”

For more information on any of the Black History Month Awareness events, or on how to get involved with future international events or campaigns on campus, students can contact Kjeld Conyers-Steede at external@unbsrc.ca, or follow the SRC’s Facebook and/or Twitter pages for updates.