Kenya Plut has been announced as president SRC with 67% of the vote in the SRC elections for the 2017-2018 council.

After two weeks of campaigning and a week of voting, Plut was named following a race between her, Jenna Evans, and Kjeld Conyers-Steede.

“As president, it would be my intention to not only continue to give back to the community, but also to build on the already incredible student experience,” Plut had said in her campaign speech last week.

Plut was also named into the Board of Governors, while Jayme Dixon was named to join the senate and was named Member-at-Large.

Students also opted to vote “No” to the creation of an additional fee to cover NBSA and CASA fees.

Voter turnout saw an intense increase from last spring’s elections with 24.5% turnout, compared to 18.6% in Spring 2016.

56% of the 513 ballots were completed on Monday, while the other 44% were cast between Tuesday and Friday.

Plut replaces Jordan Tracey, who is currently finishing up his second term as President. Plut has served on the SRC as Residence Representative on the council for the 2016-2017 academic year. Her running mates, Conyers-Steede and Evans, both currently serve as executives on the council in the roles of VP External and VP Social respectively.

This will mark Rogers’ first time serving on the executive council, after serving on the council as Arts representative. He replaces Conyers-Steede in the External role.

63% of those who voted on the referendum to add the Advocacy Fee voted against it. This $12 fee would have covered NBSA and CASA fees which are currently covered under the SRC’s operating budget.

Full results can be found on eservices or in the screenshots below. 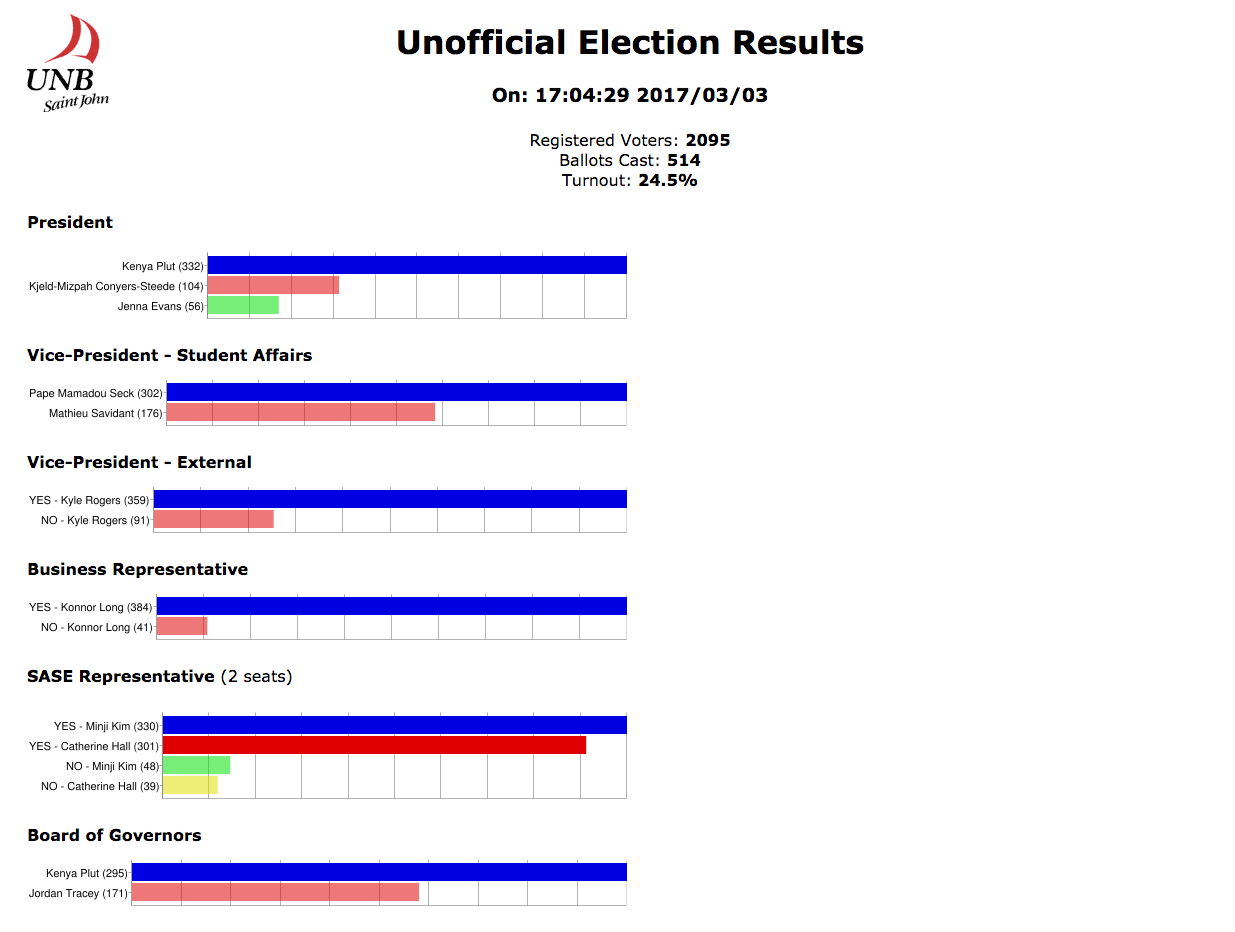