“Insanity is doing the same thing over and over and expecting  different results.” – Albert Einstein.

Three years after the Harper government passed the First Nations Transparency Act into law, an act aimed at forcing Band Councils to account for every penny spent under their purview, Trudeau is walking it back faster than you can say ‘you’re not helping’.

Let me ask every socially progressive Canadian this: If you had no way of finding out how your provincial or federal government was spending money, would you be upset?

Wait, add in the variable that a significant majority of your family or community is suffering from exponential rates of drug abuse, unemployment, suicide, or violent crime.

Would it piss you off if your government didn’t seem to be doing a damn thing to help you and refused to let you see what its bulky coffers were being allocated towards? Of course it would.

Do you not think the festering wound of unaccountability would ultimately breed maggots of corruption?

Well you don’t have to imagine. Welcome to almost every Reserve in Canada.

An important distinction needs to immediately be made here between demanding that Band Councils have the same kind of accountability any lower or higher level government is expected to have, and assuming all (or even most) Band Councils are corrupt and need financial paternalism.

Unfortunately, the social progressives in Canada can’t readily make that distinction, often for political reasons. And even more unfortunately, that fact allows the corrupt plucking on reserves to exploit their own populations, as well as the taxpayers of Canada, through emotional manipulation.

Case and point: Attawapiskat. The mac daddy of all Reserve corruption cases.

Every time anybody brings it up with anything less than contemptuous disappointment in their tone, I start to dry heave. I’m sure you all know about the housing crisis that lit up papers from coast to coast for months back in 2013.

I’m sure you’ve all seen the pictures of the destitute living conditions where people lived in complete submission to the average minus 30 temperature. I’m sure you’ve also heard of or read how the children of Attawapiskat didn’t even have a school to attend.

And what was the cause? Why, racism, of course! Racism, colonialism and evil meanie white meanies denying funding and opportunities to those innocent folks who were literally freezing to death while their children enjoyed a lackluster existence with no foreseeable future. 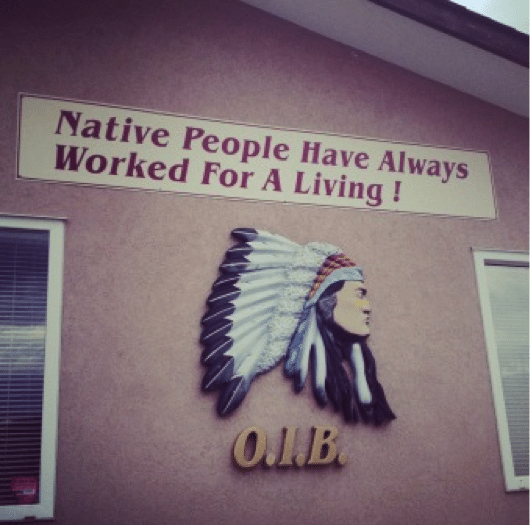 But that’s not true. Attawapiskat didn’t have a lack of federal funding. What it had was a lack of oversight. And while figures from the midst of the housing crisis were argued left and right, a consistent lack of attention was brought to specific articles of financial concern-

A new Zamboni being purchased for over $96,000 during the housing crisis. The fact that the Band Council members, some years, had been paid over $100,000. The fact that Chief Theresa Spence’s boyfriend, who had gone bankrupt several times in his own personal life, had been hired by her to be the financial manager for the reserve at a rate of almost $1,000 per day…

And that was in addition to Spence’s salary which was more than $70,000.

All this only came out after the Federal government pigeonholed Spence into finally accepting a full disclosure and third party audit. Deloitte, the firm responsible for carrying out the research, found that 81% of Attawapiskat’s financial transactions did not have adequate documentation, and 60% did not have any supporting documents whatsoever.

That means, in effect, 81% of money given to the reserve vanished into thin air. That includes a $90 million-dollar payment the federal government had issued to the reserve over 5 years for operations costs.

But even then, after all these facts came out, the damage had been done. The blame was squarely set on white racism, Deloitte be damned.

Hey, anyone remember how Chief Spence went so far as to go to the Queen of England in trying to get someone to take responsibility for the sorry state of her people? That’s “can I see your supervisor” on steroids.

And what of Attawapiskat since then? Has the widespread condemnation of white maliciousness and uncaring somehow manifested itself physically into proper housing, heating, and education? Has anything on the reserve gotten better now that racism has been so bravely and uniquely condemned?

If the recent brash of teen suicides in that community can provide measure — No.

The stunning part of this all is that we have examples of First Nations that don’t follow the typical ‘blame whitey/acquire funds’ routine, and the contrast is jaw dropping.

Take the Osoyoos of the Okanagan Valley in British Columbia, for example. A small band run under the iron fist of Chief Clarence Louie, a no-nonsense warrior who has commanded his post since 1985. The Osoyoos is largely considered to be the most prosperous Nation in Canada. Their annual revenue surpassed $26 million in 2014, with a 10% profit margin. Their land hosts, among many things, a stunning, world class golf course, and the award winning Nk’Mip winery.

This has not always been the case. Before Chief Louie, the Nation was insolvent, and under third party management. It held properties, but all were in debt.

Chief Louie has taken the opposite path of almost every other First Nation in Canada. He’s welcomed big businesses to his table, offering great partnerships but demanding fair deals.

He offers jobs to the engineers and project managers who can bring results for the band, even if that means hiring off-reserve, non-aboriginal people. He’s rejected per-capita payments for band members, typical for big projects like pipeline land sales, in favour of constant reinvestment into the Osoyoos community.

Hell, he’s even been quoted as telling Aboriginal youth to ‘get a damn job’, and condemned Native parents who raise their kids on welfare.

But the Osoyoos, despite all this unconventional Chiefdom, are not only thriving economically, but culturally.

School children are taught the Okanagan language, and brought on hunting and foraging trips by their teachers, their gyms are plastered with posters saying ‘BRING BACK THE FIRST NATIONS WORK ETHIC’, and ‘NATIVE PEOPLE HAVE ALWAYS WORKED FOR A LIVING’.

The Osoyoos see self sufficiency as a traditional value worthy of reverence, but on life support in many First Nations. In 2005, with Chief Louie at the helm, the Osoyoos achieved total financial independence from the Federal and Provincial Governments.

A tale of two Nations – Attawapiskat and Osoyoos.

If you had a choice, where would you go?

Op Ed: Student tips for success on getting a job