On Friday, September 25th, the 2017-2018 Lorenzo Music Series began with a lively performance of the Shakespeare Songbook by the Toronto Consort in Ganong Hall Lecture Theatre.

They performed songs compiled from the book of the same name by Ross W. Duffin. The book includes songs from Shakespeare’s many plays, as well as other popular Renaissance ballads that would have been prevalent at the time and thus had a direct influence on Shakespeare’s writing. A description of the book, as well as each song, was described by the Artistic Director of the Consort, David Fallis, between sets. 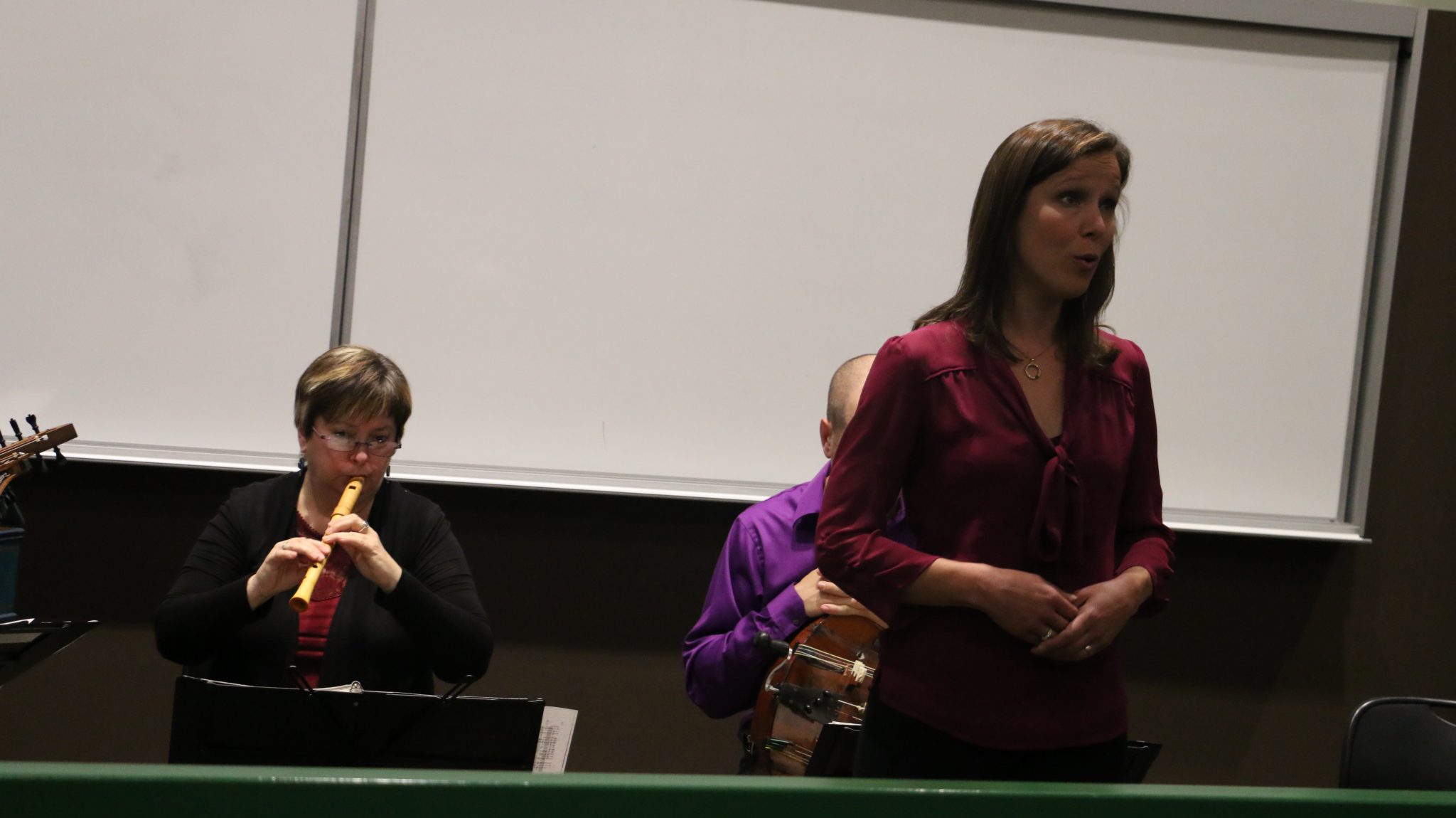 The performance started with Li-Hong Xu, the Lorenzo Music Series coordinator, explaining why we were there and who the consort was before the musicians (Michele DeBoer, David Fallis, Ben Grossman, Katherine Hill, Paul Jenkins, Terry McKenna, Alison Melville, John Pepper & Laura Pudwell) came out to begin their set.

With a beautiful variety of songs, the evening was enriching and insightful for all, as the Consort showed audience members what the song’s within Shakespeare’s plays would have sounded like when actually performed rather than read from a page. Not every member of the consort participated in each song, but they each brought something unique and wonderful to the performance. 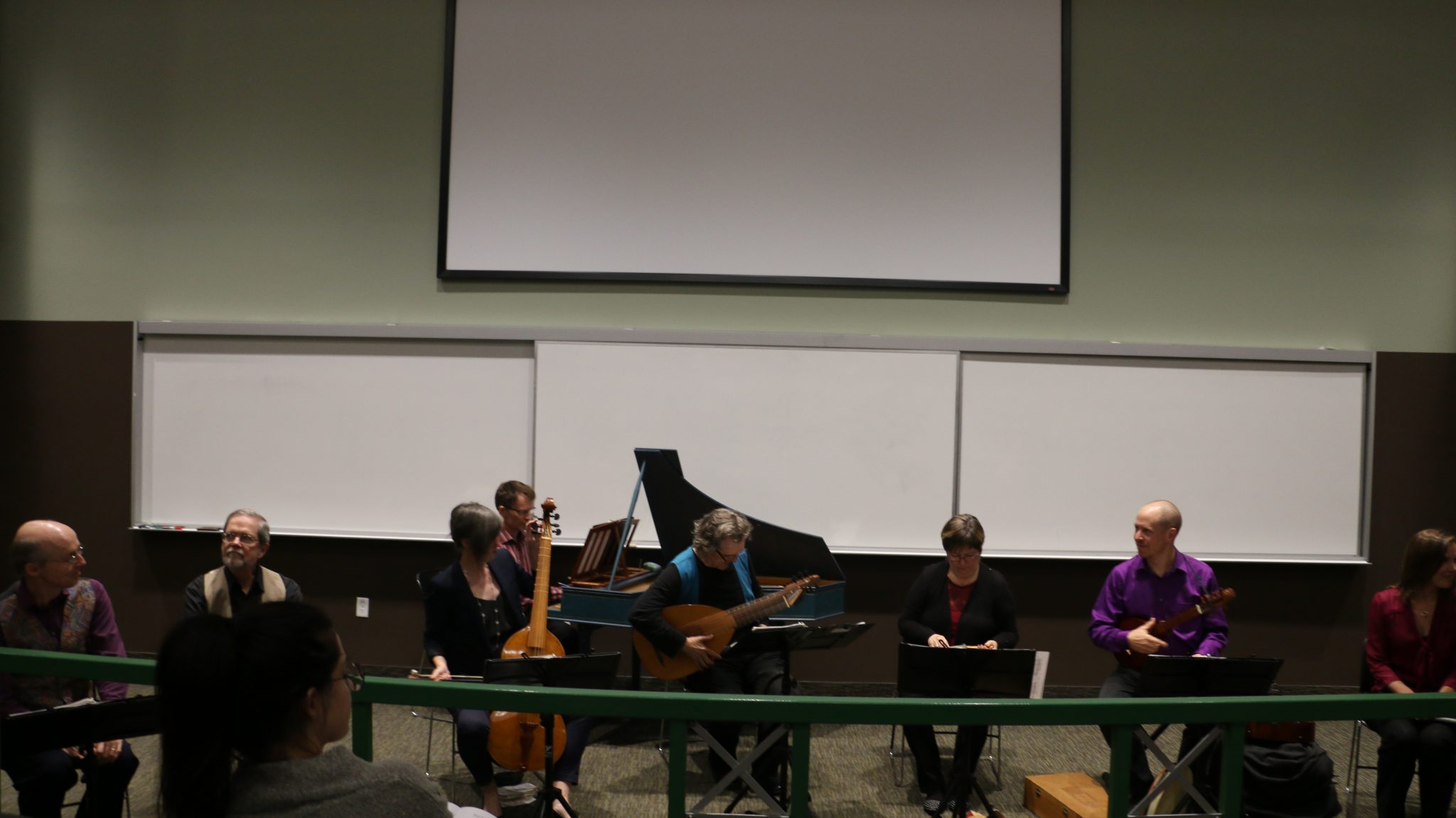 Of course, many may be asking, why bother with Shakespeare? It’s 2017! Shakespeare may not be alive and writing anymore but, according to Dr. Sandra Bell of UNBSJ’s English Department, who was in attendance at the event, “Shakespeare is still very relevant [today] because the emotions involved in the plays are still the same, regardless of what age or time we’re in.”

According to Xu, the Consort is a “very prestigious society” and is incredibly hard to book. In her words, “we [at UNBSJ] were very lucky to have them [perform for us].”

Next up for the Lorenzo Music Series is the start of the 2017-2018 edition of Munch & Music with the Saint John String Quartet on Thursday, September 28th, from 12:30-1:20pm in the Whitebone Lounge. 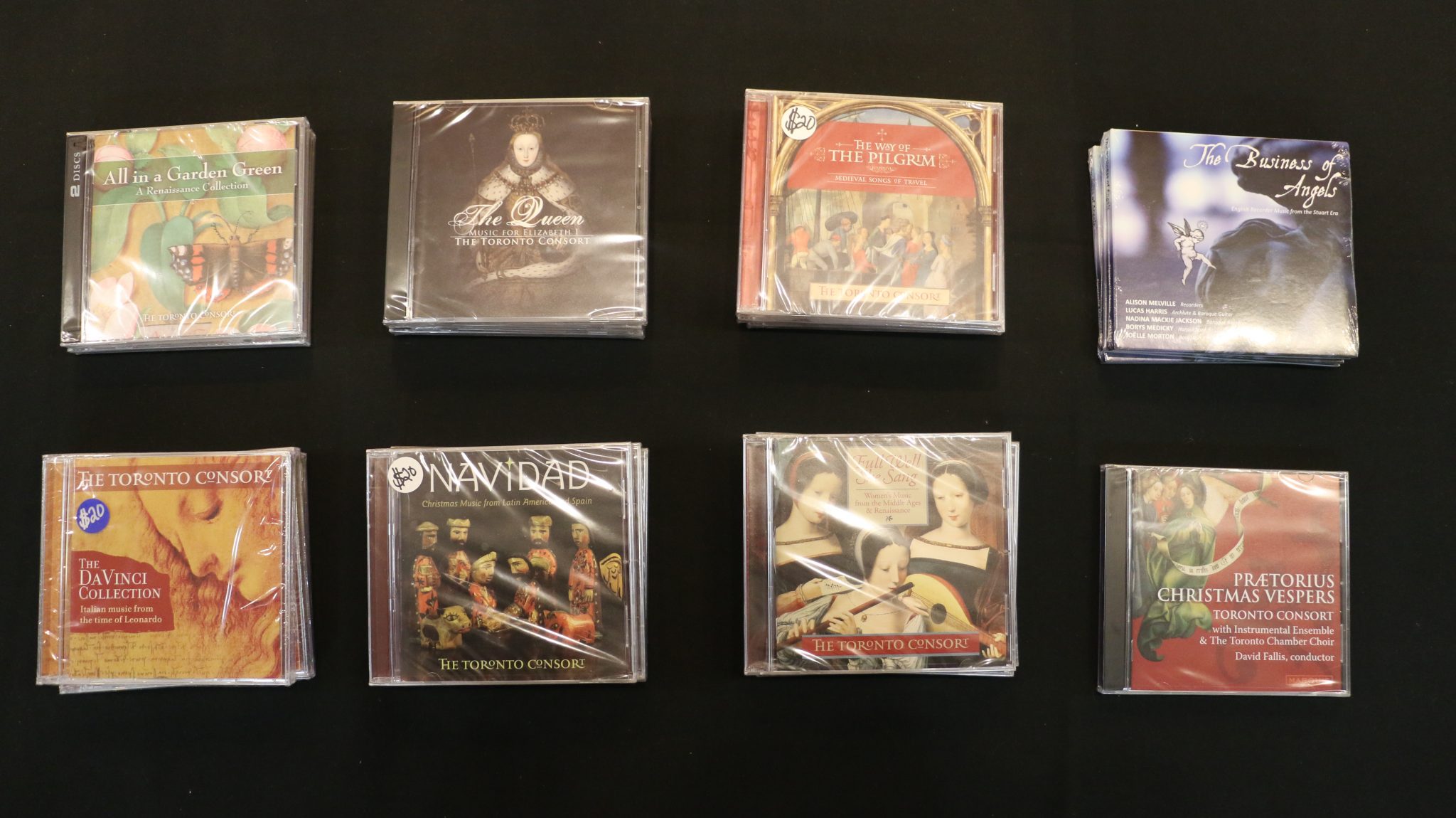 Additionally, Xu is urging students to prepare for the Got Talent! event on October 18th at 7:00pm in the Hazen Hall Lecture Theatre. Students will have the opportunity to show off their own talents at the event, rather than just watching the “pros”, so it’s sure to be an interesting night.