In the true spirit of Halloween I present to you my top five spooky songs, in no particular order. These are songs that aren’t just scary sounding, but also have lyrics that send shivers down your spine. Keep in mind that these are chosen based on various factors to help narrow down the list. Some of which include emotional intensity, lyrics, atmosphere, and tension. Enjoy!

The Carney by Nick Cave and the Bad Seeds 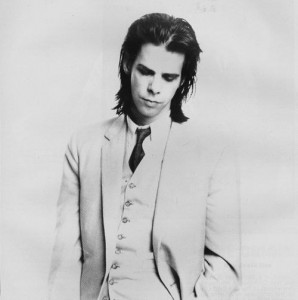 Nick Cave is already a pretty spooky man in every sense of the word and he plays it to his full advantage. From the album Your Funeral…My Trial, the record was released on the downhill slope of Cave’s Heroin addiction and it shows in everyway. This is a song that reeks of desperation and death in the most lonesome and gruesome fashion. The lyrics focus on a man leaving a circus, as the manager of the troupe slaughters his horse in a result of bad omens. By using a combination of singing and almost spoken word, Cave’s descent into madness is neatly documented. Infused with a handful of instruments and taking a childhood tune and adding a sinister tone, it will make anyone think twice about ever going to a circus again. 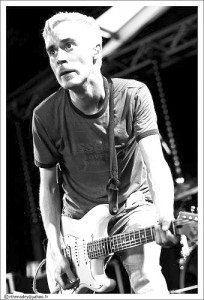 Okay, even the name of the song is creepy. This is a song that describes every moment of your life where you’ve ever thought there’s a ghost around. Everything about this song is haunting. Vocalist John Congleton’s style is a fusion of spewing lyrics out in a sharp tone that, right from the get go, cuts through the air straight into your spine. The lyrics focus around a tale of a haunted house and an obsessive spirit filled with obsession and lust as they spill their innards in a horrific statement of passion. There is some symbolism to be found here, but in the sake of Halloween fun, let’s not think too into it.

This 90s Deathrock band is known for a few aspects that really set them apart from other bands in their genre. Most notably their classical prose lyrics of a gothic fashion with usually a simple guitar riff incorporated with various effects and backed with classical instruments to create a creepy atmospheric vibe, garnished with a high pitch vocal range that has been perfected to sound straight out of hell. The song tells the tale of an old man hallucinating his memories of slaughtering his ex-wives, “Don’t they see the roseate faces of my wives as they lay, these brains are old and tired but they have not forgotten my harem from decades past.” The Deathrock genre borrows a lot of influence from the early gothic writing and even style. It’s the complete idea of what one would expect to have on the soundtrack of a nightmare. 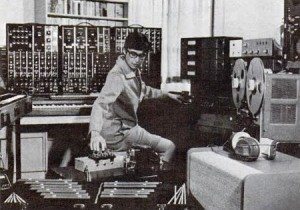 Interestingly enough, this song came out in 1969 by a composer whose career had mostly been dedicated to educational recordings. However, American composer Ruth White would later be a pioneer in electronic music, as she created new uses of synthesizers and effects with a combination of eerily lo-fi vocals. The song itself starts out pleasantly enough in the beginning with a simple piano riff. Then it goes on for an eerily long time, as it starts to sound almost sinister. The pleasantness wears off as the true evil nature of the song comes through. Tension building static builds up and suddenly the definitive feminine satanic voice speaks through everything. As it continues the calm, evil, lyrics seep through. Everyone hears something different when it hits, and when it does, prepare yourself, as your spine tingles in horror. 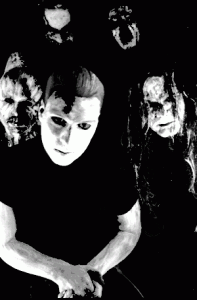 Bile is an American industrial band with a flare for intense, dramatic and often simple lyrics. This track is composed of harsh, sudden, and over the top vocals infused with a heavy double bass pedal blasted, satanic effects, and a powerful electronic synth and strewn together to deliver a package that can only be described as evil. The song follows a man’s denial of a god and embracing Satan as he descends into madness, and combines his body and soul into one. If there was ever a Hell discovered deep in the molten cores of earth, you could find this album in their boom box. It is a true audial representation of madness and hatred, sure to make anyone find them lost in the aggression and intensity.

To hear all of these songs, check out The Baron Music YouTube page at youtube.com/thebaronsj