The 1989 Montreal Massacre still weighs heavily on the hearts of many Canadians. Students across the country, many of which were not even born at the time, commemorate the victims at an annual memorial.

The Montreal Massacre, also known as the Polytechnique Massacre, occurred on Dec. 6, 1989 at Montreal’s École Polytechnique. Marc Lépine entered a classroom on campus and opened fire, claiming to be “fighting feminism.” He shot 28 people (24 women, four men), causing the deaths of 14 women.

The event, which was originally met with mourning, turned to outrage and the massacre became a symbol of violence against women. Because of these murders, a Status of Women Sub-committee was established in the House of Commons and in 1991, the Canadian Panel on Violence Against Women was formed.

The events of that day have not been forgotten, 23 years later. Christopher Doran, a professor of Sociology at UNBSJ, the UNBSJ Sexual Health Centre (SHC) and a small group of students are in the midst of planning the university’s annual memorial.

Laura Gordon, coordinator of the UNBSJ SHC, says it’s important for the students to remember this tragedy. “The fact that many of our students were born after this tragedy makes it extremely important to continue holding a memorial,” she says. “We can never let ourselves, as Canadians, forget this heartbreaking event that shocked our entire country. We must not forget, in order to prevent it from ever happening again. We must work to make change that so no one, no matter their gender, is scared to reach for their goals and dreams.”

Event details have not yet been finalized, but keep an eye out for posters around campus. The memorial will be held on or around Dec. 6. 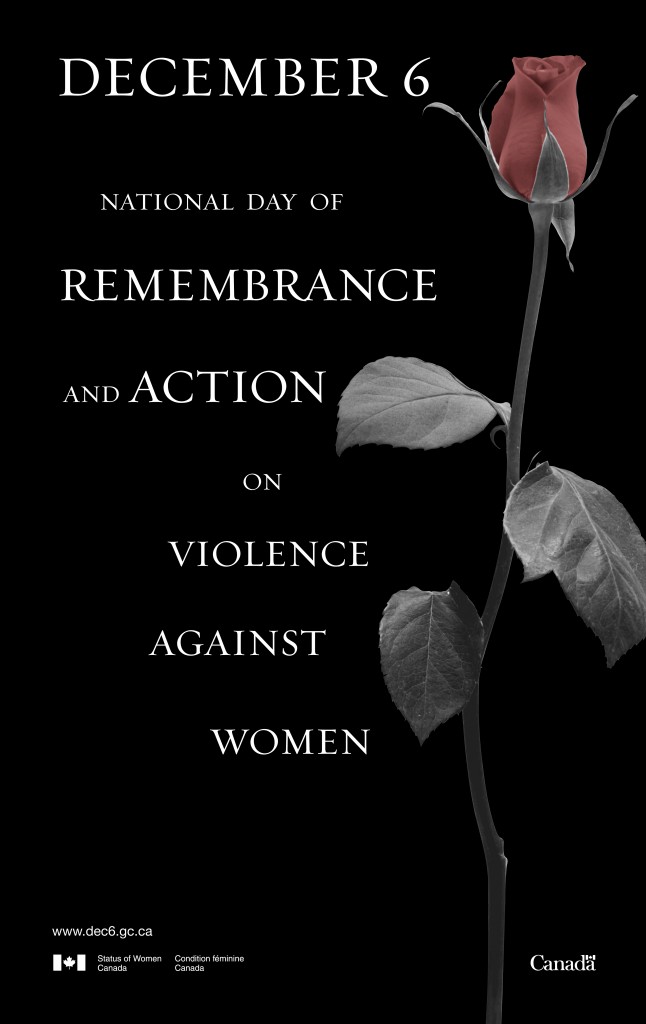