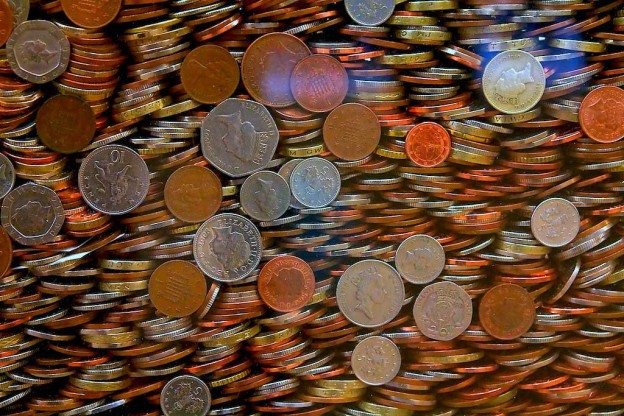 On Oct. 30, Premier David Alward and Minister of Post-Secondary Education, Training and Labour Jody Carr announced that the provincial government will finally be giving UNB its long-awaited guarantee of a two per cent budget increase for the next two years. In the same announcement, Alward and Carr also stated that they would cap tuition at a three per cent increase per year (with the exception of St. Thomas because Lord only knows what’s happening up there). There was, however, no cap on academic fees – fees which will undoubtedly go up to compensate for the tuition cap.

Now, I’m no mathematician, but sometimes I walk past algebra classes on my way to English seminars, and I’m pretty sure that three per cent is larger than two per cent. How does this government rationalize that it is okay for students to chip in more money annually to support the provincial university than the province itself does?

Jonathan Williams, the executive director of StudentsNS, believes that there should be a tuition freeze until youth employment is relative to that of the rest of the population. Last summer, New Brunswick’s unemployment rate for youth aged 16 to 24 was 23 per cent, 6.4 percentage points higher than last year. The provincial government is demanding us to pay more during university and wanting us to expect less when we graduate.

Alward should only be allowed to use the phrase “invest in your education” when he begins to understand what an investment actually is. The three per cent tuition cap, a cap that universities are sure to take full advantage of, is as much of an investment as putting two dollars into a vending machine when there is only a 73 per cent chance that the chips are going to make it all the way to the bottom. Just because students are one of the few demographics that are still moving to New Brunswick doesn’t mean the provincial government should be giving us more reasons to leave.

However, the perception that students are simply cash-filled piñatas is not only limited to the provincial government. This university’s president, Eddy Campbell, shares a similar view to that of the Premier. Last year, UNB disclosed to CBC that Dr. Campbell’s annual salary was somewhere between $325,000 and $350,000. According to the university, the tuition and fees of the average undergraduate student total $6,914 a year. Pretending that Dr. Campbell is a benevolent man and only takes in $325 000 annually, that means that each year, 47 students put all of their tuition and school fees towards paying Dr Campbell’s salary. Next time you see a picture of Dr. Campbell seated in a chair proclaiming the benefits of coming to UNB, you should also picture the 47 undergrads beneath that chair, struggling to hold up his fiscal heft.

In 2011, Stephen Harper made just under $320,000. Last year, the British Prime Minister, David Cameron, made just under $350 000. So if President Campbell wishes to stay in the lifestyle to which he’s grown accustomed, he can only pray that he is not demoted to the level of the Prime Minister of Canada. If he’s interested in a lateral move, he may wish to consider leading the United Kingdom.

But the buck doesn’t stop there. What President Campbell is to this university’s payroll, the Richard J. Currie Center is to this campus’s budget. In October 2011, the athletics facility opened, costing a whopping $62.5 million, around $23 million over budget. Not to fear, however: Richard Currie chipped in about $20 million to help cover the costs. And guess who will have to put an approximate $56 million towards the Currie Center over the course of the building’s lifetime? The students.

If UNB’s students are putting almost three times more money into the Richard Currie Center than Richard Currie himself, why is his name even on the building? Where are our idyllic oil paintings, hoisted in the building’s foyer, making us look like Tudor noblemen? Where are our names on plastered all over the gym, insisting on the American spelling of “Center” because we love capitalism just that much?

If a friend and I order a pizza, and he pays 14 dollars while I only pay five dollars, I don’t get to spray paint THE RICHARD KEMICK CENTER all over the pizza.

Right now, it is a tough time to be anybody in New Brunswick. Three years into the Alward government, New Brunswick has the honour of being the only province to have fewer jobs than it did three years ago, and the deficit has crept into the half-billion range. The money to fund public institutions like UNB obviously has to come from somewhere, and I believe students here recognize that as well. But let’s keep things in moderation. Hasn’t Rob Ford taught us anything?

Growing up, it was difficult for me to reconcile the fact that just because my parents had some money didn’t mean they had all the money. It didn’t make sense to me that my parents could spend hundreds of dollars on groceries, but I needed to wear hand-me-downs. You know what happened next? I turned 10 and moved on with my life. I, and I’d imagine most UNB students, eagerly await this university and provincial government to come of fiscal age.