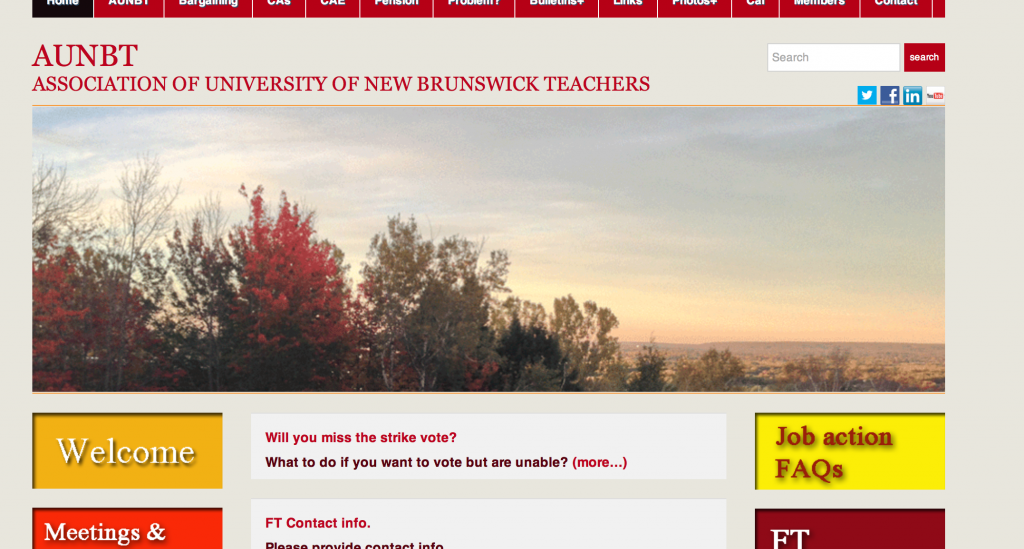 After telling students that no action would be taken around exam time, the AUNBT has announced that they have decided to authorize their executive to call a strike vote.

According to the AUNBT website, on Monday a collective bargaining council meeting held between Fredericton, Saint John, and Bathurst voted unanimously to authorize the call to strike vote with polling for this to take place Dec. 3 and 4.

Negotiations between the AUNBT and the university over the terms of the professors’ collective agreement have been ongoing since last March. Last Wednesday, New Brunswick minister of post-secondary education, training and labour Jody Carr said he would not appoint a conciliation board for the negotiations.

This means that as of Nov. 29, the AUNBT can decide whether to have a strike vote or a lockout.

On Monday, Nov. 25, the AUNBT announced on their website that they voted to call a strike vote.

According to Miriam Jones, president of the AUNBT, students’ exams should not be affected.

“A strike vote doesn’t mean an immediate strike, or even any strike at all. What it means is that the union membership shows the employer that they are willing to strike if necessary. And yes, the administration asked us to agree not to strike during exams, and we will agree if they agree not to lock us out over the holidays. So exams are safe and not affected by the strike vote,” she said, in an email.

The Brunswickan tried to contact Jones for further information but she did not reply by the time of publication of the article.

When The Brunswickan contacted Jones last week, she said that the union wasn’t planning on taking any serious immediate action around exam time.

“We certainly think that would be a pretty serious move. I can’t imagine that our members are going to want to do that to students,” she said. “Even if we suggested it to them, I don’t think it would fly.”

The authorization to call a strike vote could change this.

In an email sent out to students from Laurelle LeVert, the student liaison and associate vice-president of the UNB Saint John campus, on Monday evening, there was no mention of the strike vote.

Instead LeVert reiterated to students that there would be no disruptions to the exam period.

“I want to assure students that, after consultations with the AUNBT, the university will do its part to ensure that there will be no labour disruptions at the university through the upcoming holidays,” she said.

We will update you as we get new information. 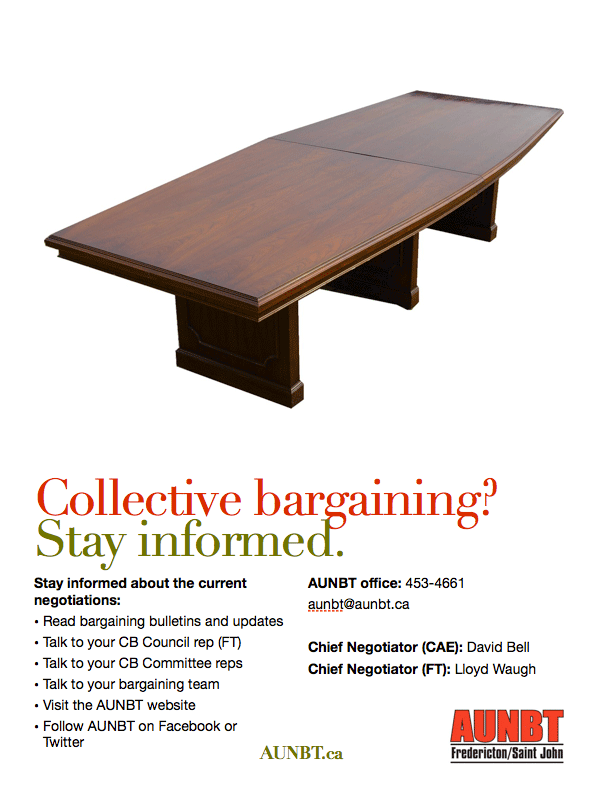