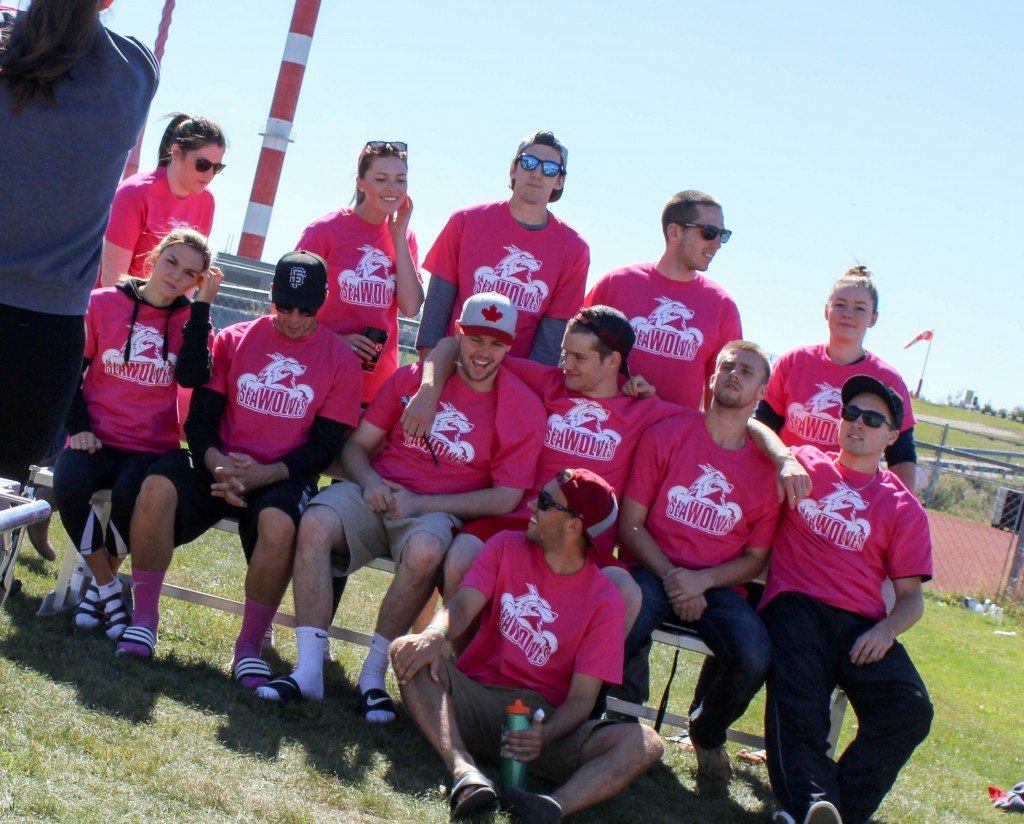 On Sunday September 27th, the UNB Saint John Seawolves took on the St. Thomas Tommies in both men’s and women’s soccer for the annual Think Pink Soccer games. Cash donations, a barbeque and other activities were held to raise money to support cancer research. The fundraising effort garnered over $500 for the Canadian Breast Cancer Foundation and was hosted by student athletes from the UNBSJ Campus.
Student Athletic Advisory Council thanked Sobeys, Cochran’s Country Market, and the Saint John Fire Department for their donations and everyone who came out and supported a great cause,

Women
Within the first 5 minutes of the first half, St. Thomas Tommies Jade-Evelyne Bellema scored unassisted followed eight minutes later, by the Tommies Logan Kennedy with another.
Attempting to claw themselves out of an early deficit Madison Long of the Seawolves was able to pot a quick goal at 20 minutes followed shortly by Geselle Tuquib to tie the game.
The even score was short lived as the Tommies’ Jade- Evelyne Bellema scored unassisted with only 14 minutes remaining in the first half.
The second half was a strong defensive game played by the St Thomas squad keeping the Seawolves at bay and not allowing any shots.
Despite the 3-2 loss, the women’s team still stand 2nd in the league with 13 points.

Men
At 17 minutes St. Thomas’ Eric Prior scored unassisted, followed 8 minutes later by Klinton Doucette giving the Tommies an early and commanding lead over the young Seawolves squad.
During the second half the Seawolves frustration came out as the team received 3 yellow cards trying to even the score.
The game ended in a 2-0 loss for the men’s squad leaving them in in 6th place with 4points points on the season.

Seawolves soccer continues this Saturday with a rematch at St. Thomas University in Fredericton with the women playing at 2 and the men taking the field at 4pm.