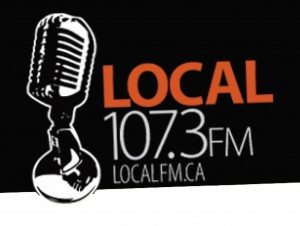 In 1979, video had officially killed the radio star. Over three decades have passed since the tragic event, with radio being used solely for uninspired purposes. Functioning as a means for local car dealers to interrupt your commute, irritating you unapologetically until you make the conscious decision to never go there, ever.

This is the reality we all know; a reality that is all about to change. Cutting to the chase: There’s a group of lovable hipsters reviving the radio scene on campus, giving a voice to the student populous and the community with diverse content and original programming by people just like you.

The objective of the campus radio station is to provide content for niche voices who do not have light shed upon them in the mainstream media. It is also a great professional development facility to learn new skills. 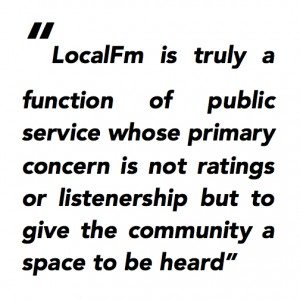 Besides running one’s own radio show, there are other opportunities with local fm. Positions in archiving (working in the music library), audio recording/engineering, event planning, and fundraising are great ways to become involved. Internships are also available if interested in becoming a trained member of the station. There are also public events which are always in need of volunteers.

The Baron spoke with Program Director, Mike Specht, about the sort of content currently on-air and what they are currently looking for.

Specht says there are all sorts of shows from music and comedy to film review and local news coverage, a show centered on working and living with disabilities as told through stories shared by guests , and even a nationally syndicated countdown show of the weeks top played college radio tunes and of course, Metal for the Masses, hosted by Josh Stanton the SRC Media Rep, a show that “doesn’t completely suck,” according to the guide.

Specht goes on to say that more spoken word programs are needed outlines some projects the station has in the works including a locally produced news program as well as a hip-hop show featuring music made on the east coast.
Local FM has also recognized a lack in sports coverage making the development of a sports department is a current objective. As these shows are still in the development stages Local Fm is still looking for people to get in on the ground floor to get them started.

LocalFm is truly a function of public service whose primary concern is not ratings or listenership but to give the community a space to be heard and through volunteering and comments from the community, it is known that there is a loyal, diverse, niche audience and that is the main focus.

The radio’s largest annual fundraiser is also approaching. The FunDrive begins October 25th and ends October 31st. Proceeds go to keeping non-profit community radio alive and well. Besides fundraising, the primary source of income for campus radio comes out of student fees; which is just another practical reason to get involved.

The best piece of advice to give anyone interested in joining campus radio is to not be shy about it. This is a group of very open, approachable people who are looking for newcomers with ideas and interest. Come by the radio station located inside the Thomas J. Condon Student Center for further information.