As VOX magazine near’s its 15th year of publication, it may astonish some to know that it began more or less as the zine looks like today.

Yet, through the drive and willpower of some very able professors and determined students, VOX Magazine is an integral part of many of UNB Saint John’s student life, both as an enjoyment to be read and as a means of self-expression. 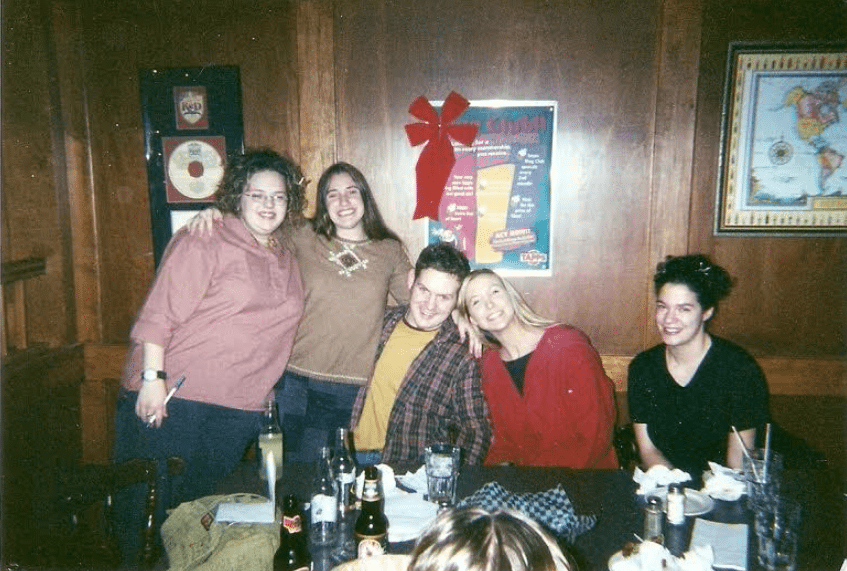 VOX magazine is an annual arts publication at UNB Saint John and was the brainchild of a group of dedicated English students, as well as teachers associated or part of the English faculty.

One of the founders, Janelle Flanagan, said that, “Following in the footsteps of past campus publications such as The Purple Wednesday Society’s, The Cormorant, Vox was launched in 2001, a key project originating from The Falstaff Society”.
“The Falstaff Society once played a major role in the lives of many students at UNBSJ. In many ways without the Falstaff Society, VOX magazine wouldn’t have gained the prominence it enjoys today. The Falstaff Society contributed many hours helping to build and plan what the magazine was going to be and look like. The society also helped promote the magazine around campus,” says Flanagan.

Garnering support from The Lorenzo Society and Pat Joas financially as well as from the esteemed poet Greg Cook, VOX Magazine continued to grow also benefiting from a number of years of editing by Dr. Robert Moore, Dr. David Creelman, and Dr. Anne Compton.

Likewise, students such as David Collins and Philip Dann filled roles as student editors. Flanagan talks about the importance of student involvement in the zine stating that, “countless Falstaff Society members gave of their time and support to popularize the inaugural issues”.

The inauguration took place in 2001 with the appearance of volume 1 of VOX Magazine. A packed crowd of students and professors, including their friends and family, listened as submissions were read aloud and prizes distributed for poetry, fiction, and art.

VOX has continued to grow throughout its fifteen year history. Its editorship has changed many hands over the years; yet the enthusiasm has grown.

In recent years, states Professor Sandra Bell has been the Faculty Supervisor of VOX for the past ten years.
“Students from all faculties–not just Arts–are submitting their work”. Likewise, she said, “It seems to me that the reach of VOX has been growing steadily,” says Bell who is excited for this year’s publication to take shape.

VOX doesn’t just publish works of art: it also allows poets and musicians to express their pieces in front of a live audience.

Professor Sandra Bell states, “A number of the editors over the last few years have also established workshops and coffee houses on and off campus, and that’s been a great way to establish a community of creative students, all supporting each other’s work”.

VOX’s current editor is Nick Mitchell. Nick, who has previously published two poems in VOX, has been involved with VOX since the winter of 2014.

As the editor for VOX, Nick aids in the finding of writers to submit their works for VOX, and, if they so choose, to aid them in editing their works.

The latest issue of VOX will be released later this year, in April. If you would like submit work to Vox, Katrina Pridgeon submissions editor, can be reached at katrina.pridgeon (at) outlook (dot) com.