There is a new food movement spreading across the world and Saint John is jumping on the bandwagon. The locavore movement is all about eating locally sourced and produced foods. Several restaurants in the Saint John area have tried sourcing locally, but none of them have succeeded in being labelled as a hotspot for locavores. However, a new café has finally succeeded (likely by putting the term in their name): the Locavore Café.

The décor of the Café is great. There is a large wooden mural of New Brunswick on the left wall, and the old wooden floors are lovely. The kitchen is open for customers to peer into as they place their order, which is always a neat touch in a restaurant. Upon entering, customers are asked to grab a menu and wait in line to place their order. There are many options available for takeout, such as sandwiches and salads, more hearty dinner options, and beverages. Garrison Brewing Co. has created a custom root beer and a raspberry ginger ale that are being sold exclusively at the Café, both of which are incredibly delicious.

The Locavore Café dinner menu is small and simple, with a few paninis, curries, salads, hand pies, and desserts. The prices are great for those on a budget, with the most expensive dish costing only $12 (the pulled pork panini).

I visited the Café with friends and we all ordered different dishes. After placing our order, we were given a number and told that our items would be brought to our table. A great thing about the Locavore Café is that it is attached to Picaroons, so customers have the option to sit in that section and grab a beer (or any other alcoholic beverage of choice) to go with their meal. 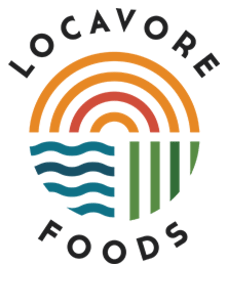 Our food arrived quickly; I had ordered the heirloom beet and feta panini, and the Daily Soup Special of spicy chorizo sausage soup. The sandwich was very tasty, with soft beets that were not too mushy, salty and smooth feta cheese, and arugula to add a nice balance. I found that there was a bit too much butter on the outside of the sandwich, which made it slightly greasy, but it was infused with garlic and parsley so it ended up really adding to the sandwich’s overall flavour. The soup was good, although a little under-seasoned, but it had a lovely smokiness from the chorizo.

My companions also enjoyed their meals. The pulled pork panini had raving reviews as it had a great balance of smokiness and sweetness. The only negative comment was that it could use a bit more sauce. Another had the chicken curry, and said that “the presentation was lovely, and the aroma was mouth watering.” They also felt that “the sweet potatoes were cooked perfectly, and the curry was not overpowering.”

Locavore Café is a great addition to the Uptown Saint John food scene and it has something for everyone, from lactose free options to vegan dishes. Robin, the manager, is around to help customers in any way she can, including resolving issues and answering questions that regarding the menu and/or local producers.

If you are interested in the locavore movement, you can visit the cafes website at www.eatlocavore.ca. It is important to support local producers and be educated about the benefits of doing so, so check it out!