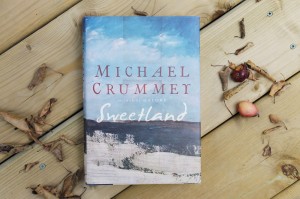 On Monday, Nov. 24, Canadian poet and writer Michael Crummey attended the Lorenzo Reading Series to read from his book “Sweetland.”

With well over 150 fans who came out in the miserable weather to hear Crummey read, the author moved the audience by telling the story of a recluse who fakes his own death in order to remain in his hometown.

Crummey explained that the book is used as a companion piece to “Galore,” and is separated into two separate sections. The first section of the book makes reference to the town as a whole. The second section explores Moses Sweetland and how he lives completely secluded from the outside world.

Crummey said that writing about Newfoundland was his way of finding where he belonged, because he felt like an outsider since he didn’t grow up right on the water. His passion for Newfoundland is evident when reading his work, and that sense of place is what makes him such an amazing author. 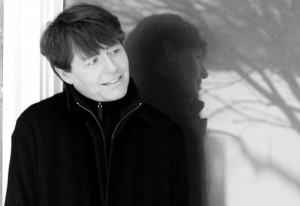 When asked if his main character Moses was based on a person that he knew personally, Crummey stated: “He’s not based on one particular person. He’s 69 turning 70 in the novel, and there’s a family friend of ours, John Fitzgerald, who just turned 80 this year… He was kind of my model for Sweetland, when I was thinking about ‘could a man that age deal with this amount of physical work’… He suffers a fair bit in the book, and I would always think of John, and the answer was almost always yes. So he was a big part of it… When I was writing the first half of the book I was dropping in bits and pieces from my dad’s life, which I’d never done before. There’s stuff in there that’s straight out of my dad’s history. It wasn’t until I finished the book that I realized, that in the second half of the book especially, what Sweetland goes through is in some ways similar to what someone with a terminal illness goes through… I was completely unconscious of doing it and I think I was probably working out what it was like watching my father go through a terminal illness about 12 years ago. So I think in that way dad was a big influence on Sweetland… I don’t think there are a lot of similarities between the two, except in how hard they fought. I think that was something I saw in dad and that was something I was working out through the second part of the book.”

Crummey said that it wasn’t just Sweetland who was based off of people he knew, but most of his characters came from stories or pictures he had seen and heard. For example, the character of the government man came from a series of paintings he had seen by artist Gerry Squires. Some of his earlier paintings about resettlement contained a man facing away from the painting with his briefcase. The government man doesn’t represent one particular person, but a nameless, faceless force.

For those wondering where the idea for the community Sweetland came from, Crummey said the island Franceway was a model for community of Sweetland, but the island itself is based on Baccalieu Island.

When an audience member asked where he got the name for his character from, Crummey explained: “Moses is fairly common, well it was common a generation ago. There are all kinds of biblical names that were common in Newfoundland right up until a single generation ago, and strange names… it seemed like what people did was they got out the good book, and flipped through to find the most outlandish names they could find… I chose the name partly because of the biblical connotations. It’s an ironic name in the book because not only is Moses Sweetland not leading people to the promise land, he thinks he’s living in it and he’s trying to stop from being forced to follow the people out.”

When asked in an interview with the Baron if he uses death as a recurring theme throughout his poems and stories,, Crummey stated: “I don’t know if there is any other occasion where a character fakes their own death, but there are certainly all kinds of instances of people appearing to be dead and then it turning out that they’re not… in my last novel “Galore” there were tons of apparent deaths that were not actual deaths, there was this miraculous recovery. I think that that’s different from what’s happening with “Sweetland.” It’s a really difficult place to make a go of it, and there’s lots of times where it looks like all hope is lost. And then as often as not, there is this completely unexpected turn around.”

Crummey was asked how he transitioned from poetry writing to novel writing, and explained: “I think it was just a question of trying to figure out if I could do it. With the stories I would sit down and an idea would strike me that I thought was a story and not a poem. I was well into my 30s when I made an attempt at a novel, and I didn’t think I had that in me for a long time. It was such a huge undertaking… it was mostly just to see if I could do it and I was pretty sure when I was writing my first novel that I couldn’t do it. I finished it because I didn’t want to quit. My thought was, ’I’ll finish it, it’ll suck but I’ll never have to do it again.’”

As the receptive audience can attest, many are pleased that Crummey did continue writing novels. “Sweetland,” a novel that is heart-wrenching yet darkly comic, shows off Crummey’s ability to create a sense of place and of character.