Everybody remembers Archie, whether you were (and perhaps still are) an avid reader of the Archie Double Digest and Betty & Veronica or you grew up watching The Archie Show on Saturday mornings. However familiar you may be, the new CW Network drama Riverdale presents the iconic Archie characters in a way we have never seen them before.

But viewers beware: this is not the Archie gang that you grew up with. Capitalizing on the hyper-dramatic plots often found in CW television shows such as The Vampire Diaries or Gossip Girl, Riverdale plunges fans of Archie into the tumultuous world of Riverdale High, chock full of steamy student-teacher affairs, revenge plots, and *DRAMATIC GASP* murder.

That’s right, folks. If you were hoping to watch Riverdale to get a dose of that classic, feel-good Archie, this probably isn’t the show for you given that the pilot episode begins with the murder of Jason Blossom. This murder mystery serves as the anchor on which the entire series will be set. And people are loving it. 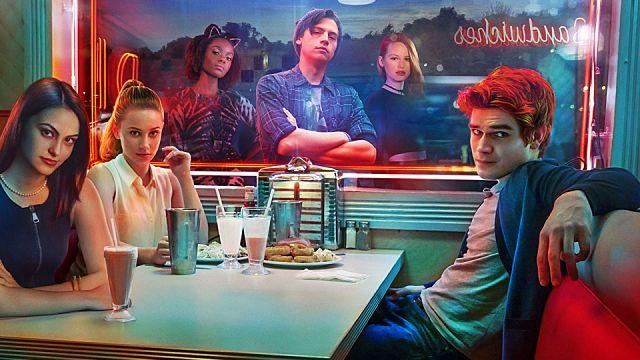 Abby Dunlop, a second year Arts student, says “one of my favourite aspects [of Riverdale] is the mystery storyline.” The plot manages to thicken with every episode that airs, leaving viewers eager for more, even if the execution can be a bit over-the-top.

I mean, it’s the CW, a network that is traditionally highly dramatic. And here, let me tell you, they play up every high school drama cliché in the books with a heavy dose of dark and gritty subplots. For example, Cheryl Blossom’s determination to maintain her bitchy head cheerleader guise while trying to figure out who killed her twin brother is all very reminiscent of early episodes of The Vampire Diaries.

That being said, the show’s over-the-top nature is part of what makes watching Riverdale so much fun. It’s exactly like the shows that I used to love in middle school and high school and it’s like having a little blast from the past, only with brand new characters and plots. It’s essentially one of those “guilty pleasure” TV shows that you don’t really feel guilty about watching. 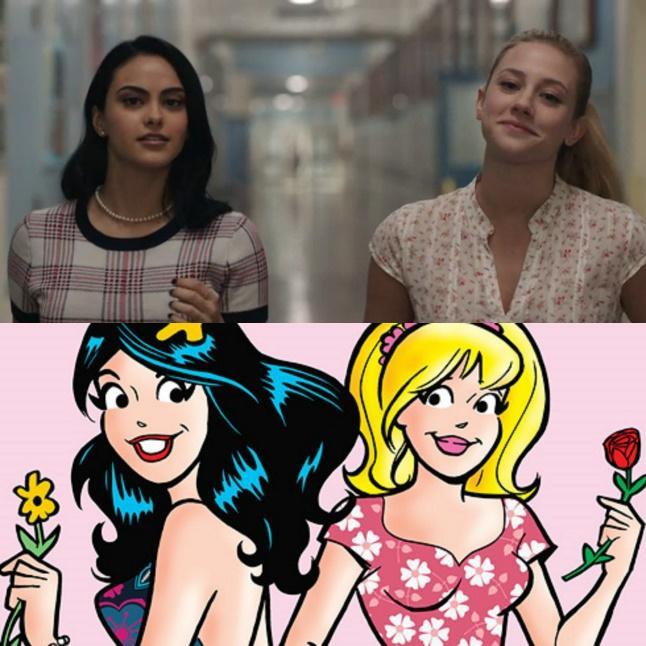 Regarding the dramatic approach taken by Riverdale, Rachel Friars, a third year English student, feels that, “Riverdale is iconic. It’s following in the footsteps of a lot of teen dramas that have PhD’s in ‘drama,’ and the show has decided to be extremely meta about that. They’re aware of the genre [that] they are working in, and the long line of crying girls and mysterious deaths that came before them. Because of that they take everything to an entirely new level, giving viewers intense parody that has all the humor of the original comics, but with so much more depth.”

Friars also adds that, “Riverdale is aware of its audience of millennials who are significantly more insightful than [they] are often given credit for. Riverdale is giving us the gothic, the beauty, the angst, the chivalry, and the sass of the Victorian Era, with a 50’s flare and several more gays, all with an ironic twist. We watch and read things like Riverdale to get out of our own heads, and to see people move through life with the sensationalism that we wish we could adopt in our own.”

Noah Ritcey, an ICS student at UNBSJ, finds that Riverdale thrusts a strong sense of nostalgia upon its viewers underneath all of that drama.

“I think it’s a really interesting artifact,” he explains, elaborating that, “2016 and 2017 seem to be the years of really capitalizing on people’s nostalgia, and we [as viewers] just eat it up. There’s no resistance to it at all. Just look at Stranger Things. It wasn’t using any source material or anything, but it felt ridiculously familiar for anybody who’s read a Stephen King novel or [has] watched any old 80’s movies. It was all there. I think, because of how nostalgic it makes people, Riverdale is going to be a really interesting piece.”

Not to mention, the writers have been hinting around at possible romantic tension between the two leading ladies. Given that fans of the comics have been begging for Betty and Veronica to get together for decades, Riverdale just might give them what they’ve been hoping for. What with the potential relationship between Betty and Veronica, along with several openly gay characters featured in the show, Friars is thrilled with the Riverdale’s representation – given that non-hetero-sexualities are often omitted from other television programs of this nature.

“I, personally, am incredibly overjoyed to see gay characters in a show like this,” she explains, “They don’t seem like the ‘token gay’ [character] that you sometimes see in television and movies, and [Riverdale]’s characters are being rounded out alongside the rest of the cast.”

When it comes to the characters themselves, the most popular by far appears to be Jughead, portrayed by Cole Sprouse (who is best known for his role in The Suite Life of Zack and Cody, which he starred in alongside his twin brother, Dylan Sprouse). He’s certainly not the Jughead that we all know and love – for one thing, six episodes have now aired and he has yet to eat a single cheeseburger. Crazy, right? 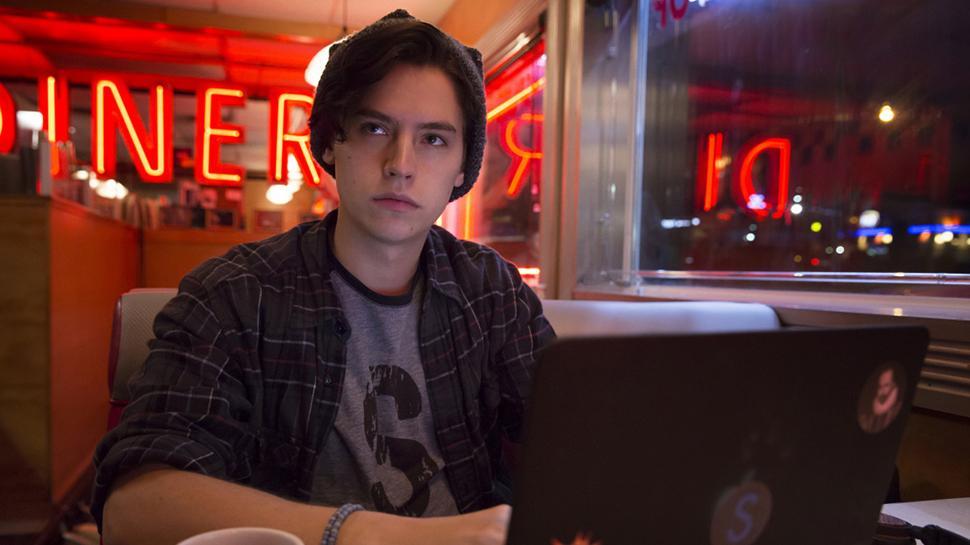 Instead of the lovable, cheeseburger-addicted character that everyone remembers from the comics and the cartoons, Riverdale’s Jughead is a moody teenage novelist, writing a book about Jason Blossom’s murder and the events that occur in Riverdale following that tragedy. Subsequently, he also serves as the show’s narrator.

Being such a recognizable figure due to his years on the Disney Channel, Sprouse was clearly a huge drawing point when the show premiered in January. Jughead is undoubtedly a very different role from the goody-goody nerd that he played in Suite Life.

“I started watching because of Cole Sprouse, so I would say Jughead is one of my favourites,” Dunlop says. Many students across campus would agree; in fact, the amount of times that I’ve heard the words “Cole Sprouse is dreamy” in the past few weeks are undoubtedly record breaking. (Not that I’m inclined to disagree.)

Yet, one of the biggest talking points for Canadian fans of the show appears to be the unique way that it is being broadcasted to us. Instead of watching it on the CW Network, like American fans have been doing every Thursday night, we get the show every Friday morning on Netflix.

The online streaming service has been doing this with several other shows over the past year, including Shadowhunters: The Mortal Instruments and, more recently, Jane the Virgin. Overall, the reaction to Netflix streaming Riverdale’s new episodes on a weekly basis has been positive.

“It’s so convenient to watch it on Netflix rather than worrying about PVRing it or finding time to watch it when it [airs live] on TV,” Dunlop attests. She “also enjoy[s] watching it one episode at a time rather than binge watching, because it gives [her] something to look forward to every week.”

Similarly, Ritcey comments on the show’s addictive quality and how, while new episodes being released in the morning rather than the evening is awesome, it presents a bit of a conundrum for busy university students.

“It’s just irresistible. I’m one of those people who, on Fridays, has to watch it. I found out that it comes out [on Netflix] in the morning instead of the evening, so making myself wait to watch is awful,” he explained with a laugh, adding that, “[Watching Riverdale] will be my reward for passing my midterms.”

If you are a fan of any CW shows that have aired in the past, or of our very own Canadian high school drama, Degrassi, then you will undoubtedly love Riverdale as much as the rest of us. As of March 3rd, six episodes are available on Netflix thus far, making it perfect binge watching material for the March Break.